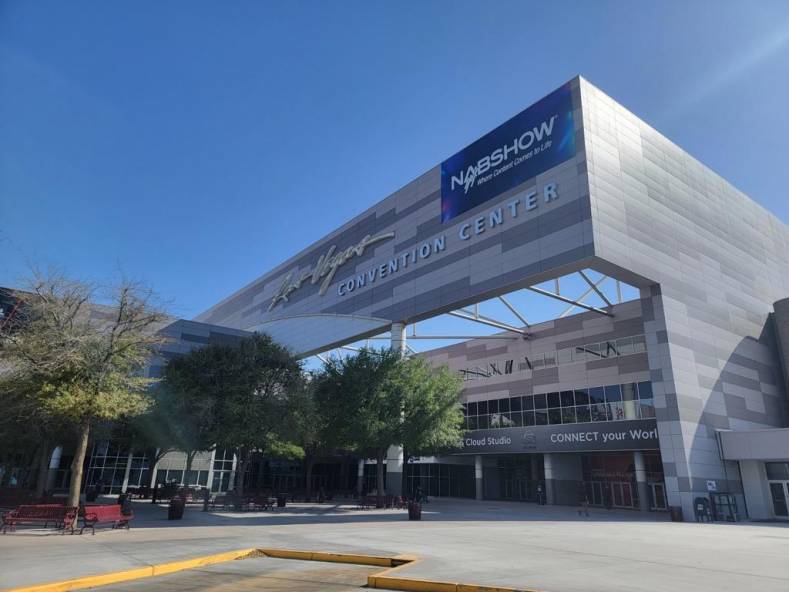 One of the most obvious omissions from NAB 2022 was the lack of equipment on show. There was the usual array of RF type wave guides and partial antennas that always provide a harmonized balance between aesthetics and hard-core engineering. And with the odd exception of studio cameras, sound console and production switcher control panels, the amount of real broadcast equipment was seriously lacking. But this didn’t detract from the quality of the show.

SaaS was everywhere, so it’s probably not surprising there wasn’t much equipment to be seen. Many vendors were demonstrating their products by just showing the software on a monitor strapped to their booth wall, but as there is so much going on under-the-hood with SaaS products it seems almost an injustice to show just the user interface. As SaaS products are certainly a trend that will only grow, more imaginative methods of demonstrating their benefits and features are certainly required.

Presentations of real time cloud and virtualized signal processing proved that the technology is now advanced enough to provide fully functional cloud and virtualized production systems. The promised land of building pay-as-you-go television stations within a few minutes is now a reality, so it will be interesting to see how many broadcasters can take the leap of faith.

The NDI and ST2110 debate raged on with no definitive answer being provided, and most advocates settling on the diplomatic line that both NDI and ST2110 provide outstanding solutions to different problems. NDI is certainly attracting a significant following, but its proprietary nature seems to be making a few broadcasters nervous. This may not be deserved but is certainly a situation which needs to be addressed.

ST2110 adoption is progressing well but it is still proving a challenge for any vendor providing a purely software solution. The very tight packet timing tolerances rely on a custom network interface card being installed in the server which completely destroys any idea of purely cloud and virtualized systems. Yes, adding a specialist network card solves this, but it’s far from ideal. That said, IPMX promises to solve these timing issues and others too, but will there be any appetite for it? Especially as it contains the dreaded acronym “AV”. 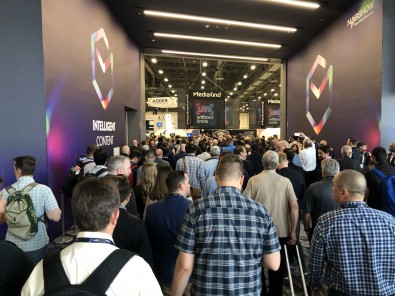 Continuing to push the IP revolution are software defined networks and software defined infrastructures. Several vendors were showing hardware products that could be configured through software licenses to deliver assignable broadcast specific applications such as up/down converters and codecs. Even though many of these tasks can now be performed in datacenters, the simplicity with which SDI infrastructures operate is still compelling for many broadcasters. On more than one occasion I heard the phrase “we don’t employ rocket scientists” as justification for not using ST2110 and sticking to SDI.

SRT has an unprecedented following, but RIST is certainly on its heels. It will be interesting to see how this battle pans out over the coming twelve months as SRT currently has the advantage of market share. Some of the RIST proponents were talking about how they believe RIST is more resilient during higher packet loss, but SRT are sure to refute this. So, do we have to resort to a compare and contrast shoot-out to find the best solution? Or will SRT and RIST each solve challenges to different problems?

LED walls were well represented with several vendors showing the difference between traditional chroma key and green screens, against the new breed of LED walls. It’s fair to say the results were outstanding and the fine pitch of the LEDs appears to have helped resolve Moiré patterning issues. And it was interesting to see the Unreal Engine talking a front seat for VFx and Post.

Audio has been doing IP for a good 20-years but there was a lot of focus on object audio and how it’s processed in post. Demonstrations for automatically mixing object audio in real time to provide stereo mixes showed how the technology and processes have matured in the past few years. With the demos I heard, the down-mixed stereo dialogue could be easily heard over an array of dynamic sound effects.

The south hall was closed for refurbishment allowing the brand-new west hall to be used for what looked like the first time. Anybody walking between the halls soon realized that west hall was a good 20-minute walk from north and central. Luckily “The Loop” provided underground links between the halls using Tesla cars to give a Stanley Kubrick 2001 Space Odyssey feel to the show. And after 27 miles of walking over three and a half days, this was much welcomed.

Although not every vendor had a booth most were represented in some form, either by walking the floor or working from meeting rooms. There was certainly an air of great optimism around the show and confidence is returning to our industry.