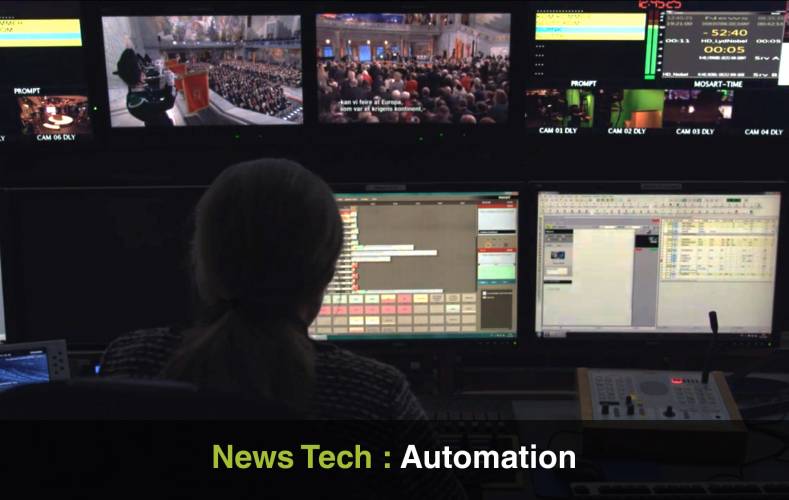 A Viz Mosart control room during a live news event, where a single operator can run the entire program using templates for rapid set up.

The production and scheduling of news programs has changed dramatically in the past few years, in direct response to viewers increased migration to online content. Indeed, according to recent Pew Research, more than eight-in-ten Americans get news from digital device and viewership numbers around the world show a similar move to getting their news from the Internet. ​That’s more than those who get news from today’s linear television.

To keep up, news organizations have endeavored to automate as much of the process of getting news into viewers hands as possible. This has meant a renewed focus on metadata to drive cloud-hosted infrastructures and IT-centric technology to get content into and out of the cloud in the fastest and most efficient way. Once this is done, stations can put more reporters in the field and give them the ability to capture, edit and insert stories into the station’s rundown list remotely—or even distribute stories online themselves in minutes (or less).

Automated news production used to mean a Windows-based on-premise computer system controlling the various hardware systems—cameras, switchers, graphics, audio and other things—using timecode to schedule news segments stored video (with embedded audio) clips in a show rundown. These were system made by companies like Grass Valley and Vizrt and allowed a single person to run an entire newscast, as companies were trying to drive down costs. Others, like Dalet, focused on story creation tools and improving the editorial and distribution process. For both groups of companies, efficiency and speed is the key to their customers’ success.

Today all of these systems and others have been migrated to virtualized software (via micro-services) that, thanks to distributed processing infrastructures, can be accessed from anywhere by lots of people simultaneously. News content (and viewers) have benefited significantly, as reporters, producers and editors now have access to a myriad of story-related resources at their fingertips.

“Automation has always been important in news because it streamlines the news creation process and gets news on air faster,” said Trevor Francis, Director of Business Development, Grass Valley. “However today’s automation means creating content once and then using it multiple times automatically across many digital platforms. It also means controlling equipment and sharing resources in a highly automated workflow in order to support a digital-first strategy that most have adopted because online is where the majority of people now get their news.”

Virtualizing Hardware In The Cloud

“The most important thing about the cloud is scalability,” said Francis. “I can scale up services if I know a big story is coming, but also for breaking news stories, and then scale down to save money. We couldn’t do this before efficiently with hardware systems in the control room.” 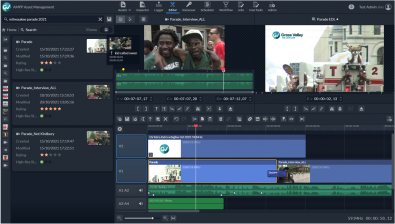 Grass Valley’s AMPP is hosted in the cloud for easy access to stored content and a suite of micro-services to process files.

Today, it is not only about the story you tell, but also about how you tell the story. Raoul Cospen, Director of Business Development EMEA & APAC at Dalet, said that to engage audiences, news stories need to be available on different platforms, and personalized for the intended reader. Software-centric systems are making that process easier for broadcasters and other program distributors.

“A teen watching Snapchat does not have the same expectations as an adult reading a news story on Facebook or watching it on YouTube, for instance,” he said. “The first consumer will need a short, impactful version with interactive graphics, whereas the second consumer will expect something deeper, longer and more documented.”

Therefore, he said, editing multiple versions of the same story needs to be cost effective and highly collaborative, and this is where a story-centric approach is important. At Dalet, to increase collaboration, they have introduced an initiative called “Storytelling 360,” which is the combination of story-centric and collaborative workflows. A second aspect is speed of delivery. With staff being spread everywhere, in the office, at home and in the field, optimizing video transport, making pictures available for editing while shooting, and from anywhere, is another key to News success.

Newsrooms are changing. They require much more mobility, allowing work from anywhere and flexibility in terms of planning and production. This means that news teams need more collaboration, because they don’t often sit in the same room anymore. This has ushered in the need for more collaborative tools for visibility across the entire team in terms of what’s going on with a particular story.

“We know that time today is more valuable than ever before, and production teams want — and need — to capitalize on that time to ensure that they can create the most captivating stories for audiences,” said Ulrich Voigt, Vice President of Product Management at Vizrt. “Broadcasters need a post-production workflow that can prepare content to be ready to air within minutes, rather than necessitate labor-intensive editing. COTS and cloud infrastructure can provide some relief to time constraints, but the software at the core needs to be intuitive, flexible, and ready to handle any broadcaster and producer need for automated news scheduling.”

The widescale adoption of COTS and cloud infrastructures has seen software workflows expand within news organizations. This has helped minimize time-consuming processes in a variety of ways.

Software As The Key Enabler

“Software has always been a key enabler for faster, more creative, and more adaptable workflows— the same is true for automated news scheduling,” said Voigt. “Viz Mosart allows operators to create user-friendly templates for rapid set up, input or to change content on the fly- reducing broadcast preparation time to mere minutes.

“Another aspect is that with the flexibility and scaling coming with COTS and cloud infrastructures,” he added, “software tools for automation of news scheduling and production are becoming more accessible to a higher number of users. It becomes possible to remotely access a news automation and run a breaking news show or to spin up an instance in the cloud to create an additional news production unit and distribution outlet within minutes—i.e., for additional news coverage during a crisis.

“We know that time today is more valuable than ever before, and production teams want — and need — to capitalize on that time to ensure that they can create the most captivating stories for audiences,” said Ulrich Voigt, Vice President of Product Management at Vizrt. “Broadcasters need a post-production workflow that can prepare content to be ready to air within minutes, rather than necessitate labor-intensive editing. COTS and cloud infrastructure can provide some relief to time constraints, but the software at the core needs to be intuitive, flexible, and ready to handle any broadcaster and producer need for automated news scheduling.” 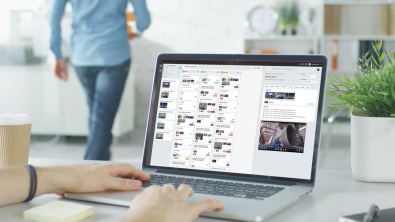 Dalet's Pyramid is a unified news operations solution designed to increase collaboration among teams and get the news out faster.

“This process can now be totally automated, which is quite interesting because part of that automation may be driving viewers from one platform to another or doing things like dedicating the feed to a favored platform, based on online trending. Production teams have now taken it to the next level and begun scheduling news rundowns either on premise or in the cloud. It’s having a very positive affect.”

Grass Valley has migrated its existing STRATUS software production platform and ported it to the cloud-based AMPP. STRATUS includes a “Rules Engine” that executes outputs based on metadata. AMPP has a more extensive workflow engine programmed into it that can not only automate processes like transcoding and QC engines, but is also using AI services—hosted by public cloud services (AWS, Azure, Google Cloud, etc.)— based on metadata triggers that can be configured to direct specific pieces of news content to be transcoded and sent to a specific social media platform or OTT service.

“This is one of the key aspects of ‘Storytelling 360’, which enables you to produce more personalized content for more consumption channels and platforms, faster and more collaboratively,” said Dalet’s Cospen.

Dalet Pyramid includes a web-based user interface that includes a video and audio editor. Users can access tools from anywhere with a simple 3G connection and quickly and efficiently create and distribute content in the field. Dalet Pyramid also offers AI algorithms to streamline typical production tasks like editing captions. It also helps journalists, producers and editors find better and more relevant content deep in their newsroom archives, and to better collaborate.

Streamlining The Process Via Automation

Vizrt recently announced version 5 of its Mosart software that offers users the Viz Mosart Story Recorder so they can automate recorded content in addition to live content; effectively removing the need for additional editing in post-production. This brings the ease and quality improvements of news production from studio automation to recorded shows.

Also, the Vizrt Automation Solution within Viz Mosart streamlines the production process by automating all studio devices, reducing the reliance on operator skill and the number of operators required per production.

“By enabling studio staff to focus on content creation instead of the technical elements of production, Mosart helps to eliminate production mistakes, ensure consistently high show quality, and lower operational costs for greater flexibility in news, sports, and other live productions,” said Voigt. “By producing more efficiently and with an average of 60 percent fewer errors, a news or production organization can also expect a higher output of content from the same studio resources.”

With the elasticity and scalability of the cloud, news production and scheduling will continue to improve and free news teams to be the best they can be with the limited resources they have. Most want to produce a news show as economically as possible but still have the production values their audiences are used to. And it’s very important that news people can work where they want to be and not where they need to be.

The speed that today’s news teams have to work at to get the news on before the competition is getting faster and faster. So, too, are the digital-first, online production and distribution systems available today.