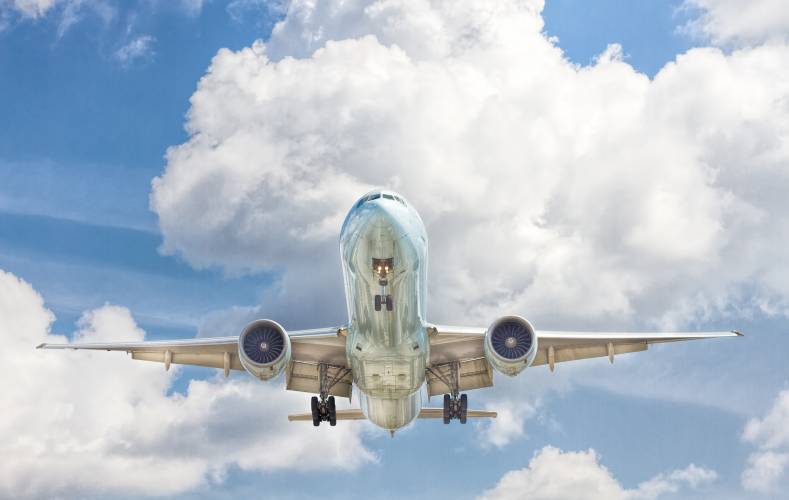 Although 5G service providers AT&T and Verizon have agreed to delay the launch of more powerful wireless transmissions sent within the C-band spectrum obtained in government auctions from broadcasters around airports—due to concerns over interference with airplane altimeter systems—experts said it still does not eliminate some of the immediate problems.

Following some recent tests, a few flights have been delayed or cancelled due to the issue. Concerned pilots and airlines say the interference would negatively affect the use of radio altimeters at about 40 of the biggest U.S. airports. The airlines warned it could disrupt up to 4% of daily flights. If left unresolved it could mean that at major U.S. airports in the event of bad weather, cloud cover or even heavy smog pilots could only do visual approaches.

The ‘C-band’ frequency was previously used for satellite transmissions by broadcasters before it was auctioned off by the FCC to U.S. telecom operators AT&T and Verizon early last year (and brought about $80 billion to the U.S. Treasury). T-Mobile has avoided this issue since its 5G service operates on a different frequency.

[T-Mobile’s 5G service operates in the 2.5 GHz spectrum, while AT&T Verizon use the upper mid- and high-band spectrum. AT&T has deployed its mid-band 5G service in 80 MHz of C-Band spectrum that sits between mmWave and Sub-6GHz at between 3.7 and 4 GHz, while Verizon is using 60 MHz of dedicated bandwidth from 3.70 to 3.76 GHz.]

Most common altimeters operate in the 4.2-4.4 GHz range and the concern is that the frequencies used by the new 5G service are located too close to this frequency range. The higher the frequency in the spectrum, the faster the service. So in order to get full value from 5G, operators want to operate at higher frequencies.

The interference is occurring because these wireless service carriers have deployed hundreds of base stations close to airports (where land is less costly). Other countries—C band 5G has been deployed in about 40 other countries without aviation interference issues—have solved the issue by making a detailed analysis of where towers with the new frequency are located, and scrutinizing how it might interact with airport systems. In the case of the U.S, it’s been said that the telecoms were under the impression that the RF spectrum was free of interference.

A proposed solution now being considered is to change how the new 5G frequency is deployed near airports, and a continued refresh of the technology aboard aircraft. However, that will require communication coordination across both the aviation industry and telecom giants to address the variety of equipment, 5G towers, and airplane configurations that must be taken into consideration.

“It's actually more of an issue for helicopters if you consider the fact that we're flying much lower, in urban environments and in places where we're likely to see 5G towers come out first,” said John Shea, director of government affairs at the Helicopter Association International. He added that frequency interference could cause trouble for flights over urban areas, like those commonly undertaken by medical and rescue helicopters.

At the core of the issue is the aviation industry’s worry that the new frequency band may interfere with equipment that help determine an aircraft’s height and aid pilots in visibility and throttle control, among other systems. Altimeters send signals to the ground and measure how long it takes for the signal to return, which could see interference from ‘C-band’ transmissions. Altimeter readouts are also used to facilitate automated landings and to help detect dangerous currents called wind shear.

The frequency in which ‘C-band’ operates is adjacent to the frequencies commonly used by aircraft altimeters to measure altitude.

Telecom carriers say that they need the new frequency to alleviate some problems with existing 5G technology. Currently, 5G coverage suffers from poor range and coverage, or in some environments the speeds and capacity of the transmissions are not better than 4G networks. Carriers say the move to a dedicated data frequency will alleviate most of these problems.

The new C-band 5G service was set to begin on Wednesday, January 19th but after intense last-minute negotiations with the Federal Aviation Authority (FAA), which oversees air travel across the U.S., it was delayed until the interference concerns have been addressed because it could render a significant number of aircraft unusable, causing chaos for U.S. flights and potentially stranding tens of thousands of Americans overseas.

For the next six months, the Telcos have agreed to avoid operating in “buffer zones” around 50 airports in the United States, similar to those used in France. FAA officials have noted the spectrum used by France (3.6-3.8 GHz) sits further away from the spectrum (4.2-4.4 GHz) used for altimeters in the U.S. In addition, France's power level for 5G is much lower than what is authorized in the United States.

Of note: In South Korea, 5G mobile service use the 3.42-3.7 GHz band and there has been no report of interference with radio wave since commercialization of the next-generation wireless service in April 2019.