Sonnet Technologies, a vendor of Thunderbolt computer peripheral interfaces and extensions, has unveiled its latest offering in the range called the Echo 5 Thunderbolt 4 Hub.

Thunderbolt is the brand name of an interface for connecting peripherals to computers originally developed by Intel in collaboration with Apple. Thunderbolt hubs provide users with a central hub for connecting peripherals such as storage devices, input devices and displays, instead of attaching them directly to a computer that may not have enough ports. Sonnet’s Echo 5 Thunderbolt 4 Hub enables notebook, laptop and iPad Pro users to connect all their peripheral devices at once through a single Thunderbolt cable, which can also charge compatible computers with up to 85 watts of power. Depending on the computer or iPad Pro it is connected to, the Echo hub also supports at least one and sometimes two displays.

The Echo hub’s 10Gbps USB Type A charging port supports most USB peripherals, including superfast USB NVMe SSDs, at full speed. Unlike some other hubs, the USB Type A port on the Echo 5 provides up to 7.5 watts of power to ensure bus-powered devices will operate without fail and can be used to charge a phone or tablet.

When used with an iPad Pro with a Thunderbolt port, the Echo hub can connect multiple devices to the tablet at the same time, while also charging it at full power. 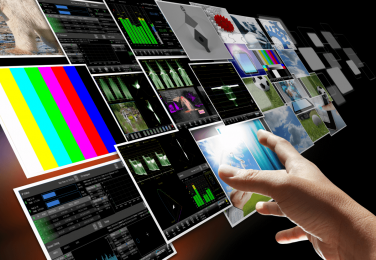