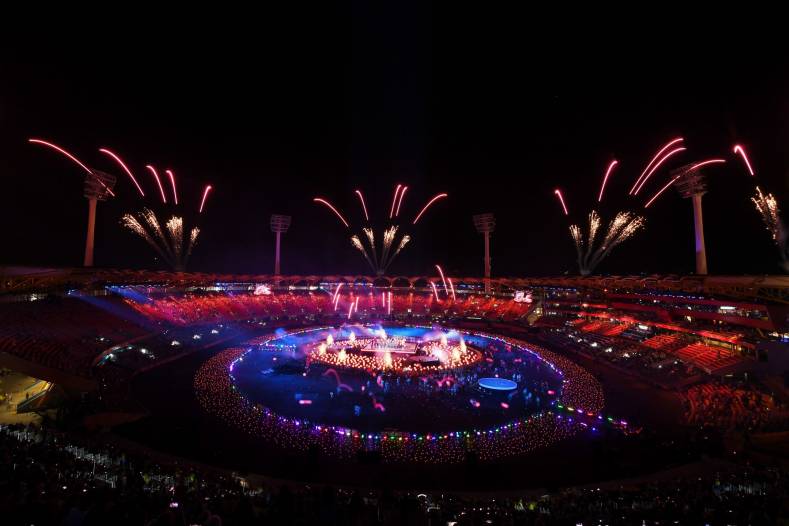 Riedel Communications announced it is an official sponsor of the Birmingham 2022 Commonwealth Games, and will also serve as the official radio communications provider.

Riedel will use its resources and expertise in global events to provide radio communications for the Queen’s Baton Relay as well as the Games themselves, which take place from July 28 to August 8, 2022.

“I enjoyed the immense honor of being a Batonbearer for Glasgow 2014, and I’m proud to be working closely with organizers of Birmingham 2022 to bring their vision for this fantastic event to fruition,” said Paul Rivens, Riedel Communications General Manager, U.K. “Riedel and the Commonwealth Games have a strong relationship built on a long history. It’s exciting to see how, through sponsorship and direct involvement of our U.K. teams, Riedel is helping to make this next event a huge success.”

The Birmingham 2022 Commonwealth Games will see around 4,500 athletes from 72 nations and territories compete in 19 sports across 14 competition venues. As the biggest event ever to be held in the West Midlands, it is expected to attract more than 1 million spectators to the city and have a global TV audience of 1.5 billion.

Providing technical guidance and support, along with more than 6,000 radio handsets, communication accessories, satellite phones, PoC devices, repeater solutions, and a supporting radio network, Riedel’s Managed Technology division will support both the Queen’s Baton Relay, which commenced earlier this month, as well as critical radio communications across over 40 sites covering competition, training venues, and villages during the Birmingham 2022 Commonwealth Games.

The 16th official Queen’s Baton Relay passes through 72 nations and territories across Europe, Africa, Asia, Oceania, the Caribbean, and the Americas leading up to the Opening Ceremony on July 28, 2022.

Riedel will apply relevant experience from previous international sporting events, including provisioning a radio communications network and equipment for the Glasgow 2014 Commonwealth Games and managing the venue intercom project for the Gold Coast 2018 Games.

CGF Executive Director Martin Reynolds added: “Following Riedel’s work on Glasgow 2014 and Gold Coast 2018, we are proud to be partnering with Riedel once again as they become the Official Radio Communications Provider of Birmingham 2022. In addition to helping us deliver the Games, we are delighted Riedel are also supporting the Queen’s Baton Relay and showcasing the inspirational Commonwealth Sport stories of our 72 nations and territories.”