However, the two companies were aware of the strong traction being gained by Android TV around the world, in part because it gives access to Google’s enormous app store. They have therefore aligned their platform with Android TV. Indeed, the Vewd OS incorporated in the new package enhances Android TV by speeding time-to-market and reducing capital costs by including modules that adhere to core Android TV specifications, according to the companies. This includes a browser designed specifically to work well with a standard TV Remote, without requiring a mouse or keyboard as conventional browsers do for optimum experience. Vewd was aware of the lackluster experience of many pay TV UIs with very slow and clunky manipulation of catch up and online services such as Netflix via legacy EPGs. 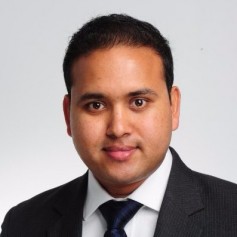 “Operators have tried different strategies to embrace Smart TV, but together with Vestel, we’ve made the first solution that seamlessly connects Pay TV and Smart TV,” said Aneesh Rajaram, CEO of Vewd. “Consumers are streaming more and connecting fewer devices to the TV. As a result, operators are forced to fight for visibility among Smart TV apps. Vewd Operator TV ensures operators of any size can seize control from the start and win the home’s most important screen.”

When referring to different strategies, Rajaram will have had in mind Android TV Operator Tier custom launchers that allow service providers to deploy their own branded offerings combining linear TV and OTT, but based on a customized STB rather than smart TV. This new package is pitched at operators wanting to own the whole ecosystem embracing the TV, which has the advantage of enabling a tailored smart TV experience for the consumer, incorporating an intuitive UI. The downside is that it restricts freedom of choice of smart TV for the consumer, although Vestel can claim that it makes TVs for over 100 brands, including well known names like JVC, Hitachi, Telefunken, and Toshiba.

The two companies claim this as a world first but it is actually very much in line with the pay TV industry’s direction of travel away from legacy STBs towards either hybrid boxes incorporating OTT, or smart TVs that accomplish a similar function. This Operator TV package itself could be seen as a response to the launch in the UK of Sky Glass, a similar packaging of software on a smart TV developed by the Comcast-owned European Sky Group. This has been heralded as a significant step away from not just traditional set-top boxes but also DTH satellite broadcast that has been the mainstay of Sky for over three decades since its original UK launch in February 1989.

Vestel and Vewd now hope to ride on the shirttails of Sky Glass and offer operators the ability to emulate this service on smart TVs shaped to their services, without having to write the middleware themselves. Sky Glass offers smart TVs in three sizes, 43-inch, 55 inch and 65 inch, and Vestel should be able to offer its operator customers similar diversity.

The launch of Operator TV is the culmination of a long-term partnership between the two companies that was refreshed in August 2020, leading to Vewd’s core components, including its Media Player and Hybrid TV modules, being deployed across the full range of Vestel smart TVs. This multi-year agreement has resulted in Vewd delivering its latest streaming software to support premium content requirements and provide access to Vestel brands like Hitachi and Telefunken. This also led to deployment of smart TVs supporting the HbbTV Operator App, which has gained some currency in Europe, laying the foundation for the Operator TV package just launched. The HbbTV Operator App was designed precisely to eliminate the STB by enabling its functions in other connected devices, primarily smart TVs. So perhaps the long-awaited death of the STB that has been postponed many times is finally coming to pass.