Cinematography is not generally a field given to the idea that less is more. Probably the most direct and current expression of that is large format, a term that isn’t even particularly well-defined, let alone a technology that usually produces a particularly identifiable look.

For the sake of all the world’s frowning producers, then, let’s consider why your director of photography feels that large format is a worthwhile way to spend money.

Large format is, frankly, a misnomer in the first place. It refers to cinema cameras with imaging sensors larger than a super-35mm film frame, which traditionally meant a picture about 25 by 14mm, equivalent to the full width of the 35mm film between the sprocket holes without leaving space for the optical soundtrack. The format was invented as a way to make better use of 35mm film stock, which traditionally reserved the area that would later be used by the optical soundtrack, at the side of the image.

Aligning things to keep the soundtrack area clear does mean that no resizing is needed between the original camera negative and the cinema distribution, but that resizing became trivial once essentially all film and TV production started to finish digitally. As a result, it made more sense to use the area for picture, improving sharpness and reducing grain. Digital cinema cameras, at least the second and subsequent generations, used sensors the size of a Super-35mm film frame because most of the world’s lenses were designed for it, and those lenses would keep behaving the way that crews expected them to.

So large format means larger than Super-35mm, though usually it means sensors close in size to the film frame used by still photographers. Where a Super-35mm frame is four sprocket holes high, stills rotates the film sideways and makes the frame eight sprocket holes wide, creating a large, 36 by 24mm area. The Alexa LF has a digital sensor very close to that size which would be cropped to a wider aspect for most film and TV applications.

And yes, the format often referred to by moving-picture people as “large format” generally involves sensors which are the size of a normal 35mm stills frame, which is itself smaller than a medium-format stills frame. So, yes, “large format” is actually smaller than “medium format”. Perhaps the common alternative phrase “full frame” is a better way to refer to the full 35mm stills image, as Canon does with the C700 FF. 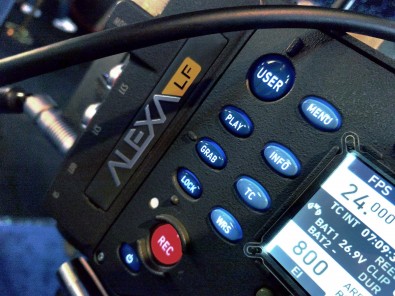 There are digital cameras which will shoot video on medium format sensors, things like the Fujifilm GFX 100, although in many cases their performance as video cameras is not significantly better than full-frame cameras of the same generation. The highest-end stills cameras, of which the GFX 100 is one, tend to be optimized for stills, not motion.

No matter what “big” means, though, bigger is better because sensor design is a compromise. For a long time, the industry fought for more resolution, and even though modern digital cameras have outmatched film for some time, no director of photography has ever complained about having too much of it. The compromises are that increasing resolution requires more photosites (pixels, broadly speaking), which will require each individual one to be smaller.

What’s less obvious is that making them smaller means they’ll become less sensitive to light, simply because photons are less likely to hit a smaller target. Smaller photosites also suffer reduced ability to handle bright highlights, because the amount of photons they can store is related directly to their size. Smaller photosites are noisier, less sensitive, and are more likely to clip out the white. Although when we consider the image overall, the higher resolution can offset noise – the speckles may be more pronounced, but they’re also smaller and thus less visible. It can be a zero-sum game.

A bigger sensor, though, allows cameras to achieve more of the things that cinematographers like all at once – higher resolution without compromising sensitivity and highlight handling. The problem is lenses designed for Super-35mm sensors may not project a large enough image to cover a large format sensor.

Some cinema-targeted lenses are based on designs intended for stills work, particularly Sigma’s well-liked cine range which are essentially self-rehousings of the company’s stills lens lineup. Recent cinema-specific lens designs are likely to have been put together by people aware of the demand for lenses that cover large formats, and of course anyone actually using still photo lenses for special purposes will find them more than capable of covering many larger cinema sensors.

The compromise is the shallower effective depth of field, which is well known but not perhaps as well understood as it might be. The reality is that a lens of a given focal length actually has exactly the same depth of field on large and small sensors, assuming both have the same sized photosites. What’s crucial is that a given lens will create a different field of view on different sensors - it looks wider on a bigger sensor because that bigger sensor sees more of the image the lens projects. That means that to create the same shot we use longer lenses on a larger sensor, and longer lenses do create shallower depth of field simply because they magnify objects more, making it clearer they’re out of focus. 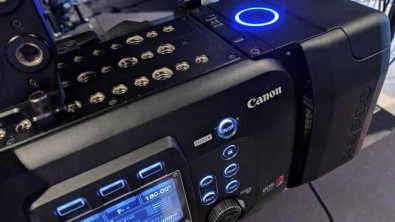 So, the assumption that larger formats mean shallower focus is accurate assuming we’re talking about a longer lens on a bigger sensor to create roughly the same framing, though for a robust understanding of the subject we should be careful about making blanket statements relating the two.

In our previous producer’s guide, which considered anamorphic lenses, we addressed the grim reality that anamorphics are, with rare exceptions, expensive. Conversely, there are some cameras with very large sensors that are fairly affordable, and lenses to accommodate the format don’t have to be expensive either. High-end options just like the Alexa LF, Sony Venice and Canon C700 FF have the specification and build quality of high-end cinematography tools and are priced accordingly. Recall, though, that the original Canon 5D Mk. II, the camera that essentially started the revolution of video-capable stills cameras in 2009, had a sensor similar in size to the one in the Alexa LF.

The 5D Mk. II was far from an ideal cinematographer’s tool for all kinds of reasons, and any of the high-end options naturally eclipse it on every level, but time has given us affordable options. The Panasonic DMC-S1H has a full-frame sensor, a shallow, highly-compatible mount, and makes high bitrate recordings. Canon’s EOS R5 is soon to gain compatibility with Atomos’s monitor-recorders to allow 8K ProRes Raw recording; it’s practically an IMAX camera.

If there’s a problem with this cornucopia of giant sensors, it’s that yes, they do make focus pulling more difficult. Outdoors in the daytime that’s unlikely to be a huge problem, since the cinematographer has the option to stop down. In theory, it’s possible to take a similar approach in the studio, although it’s not usually practical to completely offset the reduced effective depth of field of large format camerawork without a really frightening lighting budget.

It’s generally a good idea to provide the best possible monitoring so that people can even tell that the image is soft, though there’s a limit to the size of display that can reasonably be strapped onto camera. Focus pullers who are happy to work from a large monitor secreted in the corner might do well, though there are reasons this is less than optimal - estimating range by looking at an object is one thing, whereas estimating range by looking at a two-dimensional monitor showing that object is quite another. 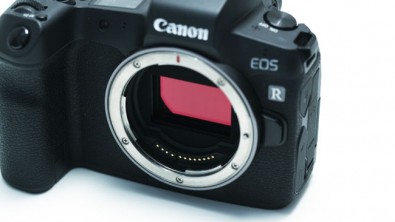 There’s also the issue that part of the justification for larger sensors is more resolution without other compromises, and 4K monitors don’t tend to have as much resolution as large-format cameras. The Alexa LF produces images 4448 pixels wide, which is a hair more than 4K, while the C700 FF is a rather larger 5952 pixels across. The diminutive EOS R5 is an 8K camera. No practical on-camera display can monitor these cameras pixel for pixel.

Even at 4K, displays below - say - 24 inches diagonally may not be big enough for every pixel to be visible. When a monitor is intended for close-range viewing by one person, as is often the case with focus pulling, things like SmallHD’s 4K, 13-inch Cine 13 may be very useful, though the observer’s head needs to be pretty close to the screen to be able to perceive the extra sharpness on such a compact display. Conveniences like wireless video transmission in 4K are a relatively recent innovation; Teradek’s 4K options are fairly new, though a complete 4K monitoring chain can now be assembled without undue inconvenience.

So yes, there absolutely are good reasons to shoot larger formats. More resolution without compromising noise and dynamic range is great and it’s no longer that expensive to do, assuming your cinematographer isn’t demanding a five-camera unit of Alexa LF. There’s undeniably an element of fashionability and the intrigue and cachet of unexplored technologies, though pictures can be deliberately degraded very easily. Putting back what was never there is a much more difficult and expensive proposition.