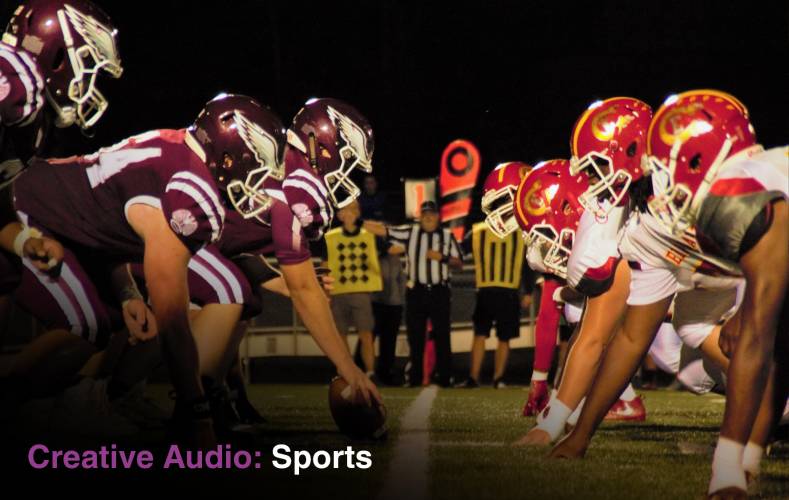 Doug Deems had 25 years of experience under his belt as a monitor engineer, touring the world with some of the biggest music artists in the U.S., when he became a live broadcast sports A1. “I’m surprised there aren’t more monitor engineers, specifically, that come over to broadcast sports,” he says. “Because there is a lot in common.”

For the past three years, Deems, who is based in Pittsburgh, Pennsylvania, has worked on NBC Sports’ coverage of Notre Dame football games. He also spent 25 days in Japan mixing field events at Tokyo 2020 for NBC Olympics. He recently started his first season on Fox NFL, which kicked off on September 12.

In his previous life, Deems was on the road almost non-stop with the likes of Kenny ‘Babyface’ Edmonds, Backstreet Boys, Kid Rock, Mary J. Blige and numerous others. “I started out as a stage patching geek, doing touring festivals and being able to keep track of 120 inputs going into a split before becoming a monitor engineer on pop tours where I’ve got 120 ins and 60 outs. An old friend of mine said that audio is simply gain structure and signal flow. And if you’ve got signal flow down, and a lot of monitor engineers do, you’ve got a huge start on the broadcast world.”

Signal Flow Dominates
In the broadcast world, he says, “On the technical side, my job involves an absolutely insane amount of routing, patching and signal flow.” Consider what Deems had to manage while working on the Notre Dame games, for instance: “I had three full MADI streams, around 180 channels, just going to tape—submixes, splits, iso’s, things that we needed to record so that we had the right stuff for replays. That console was originally set up with about 600 channels of DSP,” he says, “and I ran out.”

The latest generation of broadcast audio desks make that console look like a relative toy. “In the truck that I have for NFL I can do a little over 1,000 ins and 1,800 outs. I’ve got seven MADI streams, two Dante cards, 192 AES and 192 analog ins and outs. It’s amazing how fast you chew up DSP, especially when you are doing 5.1 shows, which is pretty much all I do. And the Notre Dame show was Dolby Atmos, so that’s 10 channels of everything.”

But perhaps more than technical chops, monitor mixers and broadcast A1s benefit from sharing similar personalities, Deems believes. He only works on live sports shows. “It’s got to be live. That’s part of my personality. I need the adrenaline rush. As a monitor engineer, the house lights went out and 20,000 people started screaming because they knew something great was about to happen, and you got that rush. You don’t always get that immediate feedback in broadcast, but that moment when the AD starts counting down and you’re going live in front of millions of people, it’s a rush.”

Communicating With Musicians
To say that a monitor engineer must be able to multitask is an understatement. You’re generating mixes for the technicians looking after the backline, lighting and video, perhaps while overseeing recording and playback and routing additional signals to a variety of destinations. There are often also ‘shout’ mics, lines of communication between the band and the front-of-house mixer, and connections between the musicians and the stage crew, including the monitor mixer, to manage. Above all, you’re making sure that your principals, the musicians, can hear exactly what they need.

Similarly, in a live broadcast sports environment, there is a lot to focus on while making sure that everything sounds as it should. “In the truck, not only are you listening to the mix, but you have to be listening to the producer, the director and the AD [assistant director], and your A2, if they’re chiming in,” Deems says. “The announcers up in the booth have the box where they can push the talkback button. It takes their mic off the air, so they can talk to the producer or the tape AD for certain replays. Sometimes I like to listen to that, too.”

An ability to multitask and handle the pressure can really sort the wheat from the chaff, he says. “I’ve gotten into the teaching side of things and I’ve tried to turn some A2s into A1s. One of the first things you’ve got to do is throw them in the seat and see if they melt down. Because it is like being a monitor engineer; it’s an insanely high-pressure job. There are a lot of people that just can’t hang. I don’t know how else to put it, and it’s not a criticism. There are very few people who can do this.”

The chatter can certainly get a little salty. “This is not a politically correct environment,” Deems chuckles.

Unprecedented Stress
But the stress rolls off Deems like water off a duck’s back, it seems. “I call myself a utility outfielder or backup quarterback in the broadcast world. If you have the big, complicated one-off, or a network show that the regular guy can’t do and they need a sub, I’m that guy. Every now and then I’ll walk into one of those and someone will pull me aside and say, ‘This producer is a real screamer; he likes to yell at people.’ Well, I’ve had [KISS singer and bass player] Gene Simmons six feet in front of my face with blood dripping down him shouting, ‘Do you know what the **** you’re doing?’ So that’s not going to bother me too much.”

Losing your cool in a high-pressure situation is understandable, he says, as long as it doesn’t go too far. “Some of the guys are like Jekyll and Hyde; once they get in the [director’s or producer’s] chair they’re a different person. It’s a stressful job and people deal with the stress differently. I tend to get calmer, the more stressful it gets. Other people have to let it out. It’s so hard to get a show on the air that I can’t fault anyone for whatever method they’ve found to deal with it. Just as long as they don’t get personal; that’s where I drew the line as a monitor engineer, too. You can call me whatever you like but start throwing mic stands at me and we’re done.”

For anyone tiring of their job in monitor-world, especially if they find themselves ducking flying equipment, there is one definite upside to live broadcast. “One of the better things about it is that you’re sitting down in a nice air-conditioned truck, as opposed to standing outside sweating in an amphitheater. You’re in a little room by yourself, or you might have your A2 or comms guy with you,” Deems says.

Everyone Hears The Mistake
“But there are times when you’ll blow a music cue or upcut an announcer coming back from break. You think, maybe nobody noticed. Then there’s that little voice in the back of your head: six million people are watching this show. The odds are pretty good that somebody noticed that.”

Just like being a monitor engineer, he says, you have to be your own critic. “You have to have that self-discipline to care more about what’s going on than anybody else who is involved in it.”

In fact, it was caring about the sound that pulled Deems into the world of broadcast sports. “I did a little bit of TV back in the early ‘90s, when I would take anything I could to pay the bills. I lived in Orlando [Florida] and a friend that I did industrials with was an A1 for Sunshine Sports. He took me along as an A2 and I became an A1. Then I started concentrating on touring and there was a gap of 10 or 15 years when I didn’t do any TV.”

Deems thought he was destined to be a roadie for life, he says, but one day on tour he realized he was turning into a grumpy old monitor engineer. “Things were starting to annoy me. I didn’t want to be that guy. Then, I was on a break from a tour in the middle of summer and I was watching the baseball All-Star game. I thought, I really like this mix. I love the sound of the bat crack, the way the crowd sits in the mix and the announcers sit in the middle of the crowd. Holy shit, I have an opinion! Maybe I can do something with this.”

Sure, he’s a gearhead and a tech nut, he says, “But that’s how I ended up in broadcast; I started to care about the way TV shows should sound, like I used to care about the way stages sounded. You’ve got to have the knowledge, but you’ve also got to know what you want it to sound like. If you don’t have a sound in your head that you’re trying to get out into the world, the rest of it is useless.”