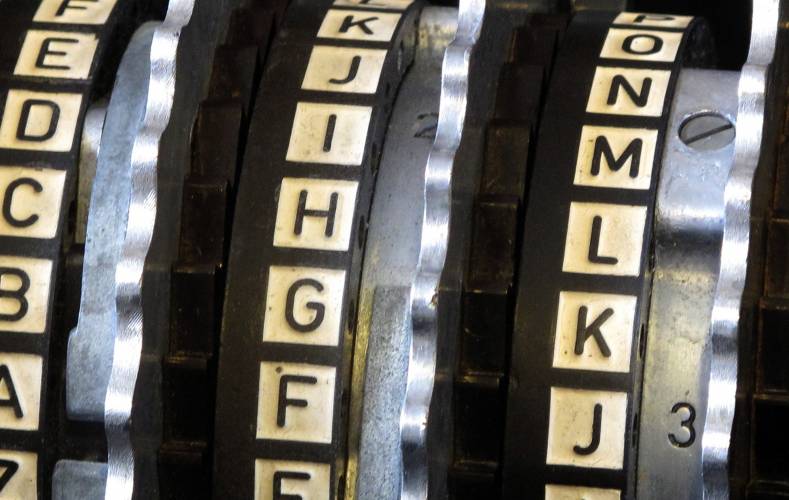 Protecting high value media content is a major priority for any broadcaster working with OTT and VOD. In the previous article in this series we looked at the three challenges facing broadcasters and in this article we dig deeper into the remedies and methods for keeping content safe.

Staying Secure
Encryption has been a staple part of broadcasting for nearly 30 years. From the primitive analog systems that involved inverting line and field syncs, to the complex smart card systems that facilitate enabling of individual set-top boxes, to the rise of viewer-supplied devices and connected TV. One of the great advantages of encryption is that we can assume anybody can copy the encrypted content but cannot view it without authorization.

Encryption isn’t new to the internet and has now become an established method of operation. To overcome password sniffing in TELNET connections a secure system was developed back in 1995. Later known as SSH, this is a cryptographic network protocol that stops any malicious parties from viewing data by sniffing and copying content between a user terminal and its associated server. This cryptographic method has stood the test of time and similar methods have found their way into modern HLS video streaming and HTTPS web site access.

The fundamental assumption is that anybody can see the data and copy it, however, the data is meaningless as it is encrypted and cannot be de-crypted as keys are needed to provide the necessary authentication.

As part of this exchange, the viewer has their own private key independent of the broadcaster’s key-pair and freely issues the corresponding public key. The viewer will often be oblivious to this process as it is an integral part of the security software running on their device. The broadcaster uses the viewers public key to encrypt messages back to the viewer. Again, as the viewer is the only person with their private key, only their device can decrypt the message from the broadcaster. When the broadcaster is sure the viewer is who they say they are, a token is then issued to the viewers device to prove they have the right to view the specific content. The viewers device then presents this token to the license service when requesting the playback license. The license service then verifies the token’s validity and issues a decryption key together with the playback policy for the content.

As hinted at earlier, the major flaw with this design is the security of the private keys held by the broadcasters. They have a massive responsibility to keep the private keys from being exposed or even being misused by disgruntled employees or anybody else.

Delivering Equitable Benefits
But there is an even better solution that provides a win-win for content owner, affiliate, and viewer. That is, the content owner both encrypts the content at source and manages the viewer authentication.

Giving content owners the power to encrypt their content at source removes much of the risk in the distribution chain. The content is encrypted before it is delivered to the affiliate and with the right design of playout system or streaming service, there is no need for them to decrypt it. It’s possible they may want to view the content for compliance, but this can be achieved with the same method used for the viewers. This method solves a whole load of problems very quickly.

Encrypting content is a relatively straight forward task and can be automated with very little human intervention, and different encryption keys can be generated for geographical regions and timescales. Furthermore, the content owner knows exactly who is watching their content so they can provide much higher reporting accuracy so charging to affiliates can be better detailed.

Higher Level Visibility
Having this level of viewer visibility helps content owners spot any anomalies in viewing patterns allowing them to identify malicious activity earlier. Because they have global visibility instead of only the more dispersed data available to affiliates, any potentially fraudulent use such as sharing of login credentials can be easily detected.

Another level of security that is better applied centrally is that of watermarking. It can be enforced at a regional level so that any attempts at piracy can be chased through the supply chain. Pirates have many options to steal content these days including recording high-resolution copies on good quality cameras, but the illegal copies will still have undetectable watermarks embedded in the content that can be easily identified by the watermark vendor.

In the midst of all this, the affiliate is still broadcasting and delivering the media but does not get involved with the encryption process or viewer reporting. Ultimately, the affiliates may need only the smallest of IT audit, if any at all. As the content owner starts with the premise that the encrypted media can be copied but not viewed or changed, the centralization of encryption, viewer authentication and reporting virtually removes responsibility from the affiliate.

API Integration
From the viewers perspective, their authentication is happening in the backend of their viewing app giving them a consistent viewing experience. The affiliate will need to integrate their viewing software into the content owners’ systems, but well-engineered APIs can make this relatively straight forward.

APIs provide a convenient gateway for the affiliates to be able to exchange information, such as reporting statistics and even QoE measure (quality of experience) to help them build a consistent and reliable business model without the increased risk of the system being compromised with the associated liability. It’s bad enough having a security breach in a network, but then finding you’re liable for the leaking of multiple high-value movies would be unbearable.

Finally, APIs speed up the integration process as the same interfaces will be used by multiple affiliates meaning they are consistent and well-supported. Content owners or their security partners can build monitoring systems into their API gateways to detect security anomalies and further improve detection. For the affiliates this is a fantastic opportunity as they only need to focus on the software integration to facilitate their business model, and not be too concerned about the security of the media.

Maintaining High Technical Quality
From a quality point of view, the content owners increase their control over the quality of the media. Multiple bit rate delivery systems such as DASH and HLS rely on generating many versions of the media with increasing bit rates. Although this implies smaller frame sizes, varying the bit rate has the potential to reduce the video and audio quality to the detriment of the content owner and the viewing experience. Using the centralized encryption model, the content owners use their own compression systems to optimize their content and deliver the multiple bit rates to the affiliate. Again, this removes more responsibility from the affiliate and further reduces their risk as well as maintaining high technical standards.

Protecting highly valuable media assets is critical for content owners and sending their media into the Wild West of the internet is a great concern for them. Using centralized encryption, authentication, and watermarking helps content owners, affiliates and viewers equally. This is truly a win-win outcome for everybody.