NDI 5 makes it easy to use video on an IP network from anywhere in the world.

As IT-centric production workflows continue to become more connected, the Vizrt Group’s NDI company is introducing new features and capabilities as part of the latest software version of its IP-based networking codec and transport protocol that enables connection with compatible devices anywhere in the world. Users can now easily discover devices on disparate networks, whether local or global.

This new ability to connect to any device, in any location, anywhere in the world will prove helpful for broadcasters looking to deploy remote production infrastructures as well as the billions of smartphone users making videos for social media. Physical studios can connect to ones in the cloud and remote video production effectively becomes local.

“It’s clear that the future of audio and video is being driven by innovation in software,” said Dr. Andrew Cross, president of Research and Development for the Vizrt Group, adding that this was the vision he had when developing NDI in the first place. “Everything is becoming a computer, so you can put all of these devices on the network. With NDI 5 we’ve made it easy to use video on a network from anywhere in the world.” 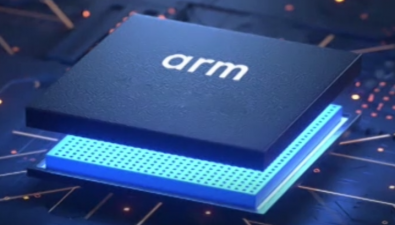 NDI 5 leverages an ARM-based SDK, providing stream level access to NDI, FPGA implementation and full source code to allow an off the shelf FPGA dev-kit to be used as a starting point for NDI encoding projects.

With the new NDI 5, users can easily build shows and share video between them, for free, as long as their cameras, switchers routers and other devices are NDI enabled. Equipment vendors employ an SDK that provides the tools and resources they need to integrate NDI into their own systems, devices and applications. This SDK enables systems to find, send, and/or receive video streams over IP, with an encoding algorithm independent of resolution and frame rate supporting up to 4K (and beyond), along with 16 channels (and more) of floating-point audio. It also includes tools to implement video access and grouping, bi-directional metadata, IP commands, Tally and more.

NDI stands for Network Device Interface and is a video-over-IP standard developed by NewTek (acquired by Vizrt in April 2019) to enable video-compatible products to communicate, deliver, and receive high-definition video over a computer network ideal for live video production. Literally thousands of companies in the broadcast and production industries have adopted the NDI networking standard in their products, making connections to an IP network fast while finding a device within a networked infrastructure relatively easy. To keep productions looking good NDI preserves visual quality, frame accuracy, and source synchronization. 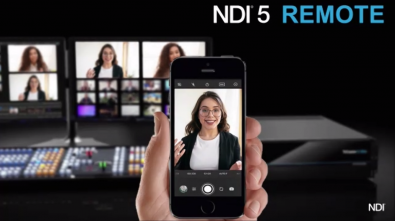 NDI Remote allows anyone with a URL to contribute live audio and video using an Internet-connected device, like a camera phone or a web browser.

Among the new features is NDI Bridge, which is used to establish a secure bridge between any NDI network regardless of location, and NDI Remote, which allows anyone with a URL to contribute live audio and video using an Internet-connected device, like a camera phone or a web browser, to another point anywhere in the world. This facilitates the live contribution of guests and reporters to a newscast or entertainment interview show.

In addition, a free NDI Tools download has been reimagined for NDI 5, with a new interface and intuitive guidance built in.

“This isn’t just a product announcement,” said Cross, calling NDI the first end-to-end IP video standard fully running in software. “This is changing the industry as a whole. You can take pieces from everywhere and they can all work together. This is how you make lots of sources work together when they are located far apart. It works with every NDI application to allow worldwide collaboration in real time.”

The NDI 5 SDK and NDI Tools will be available for download in June.