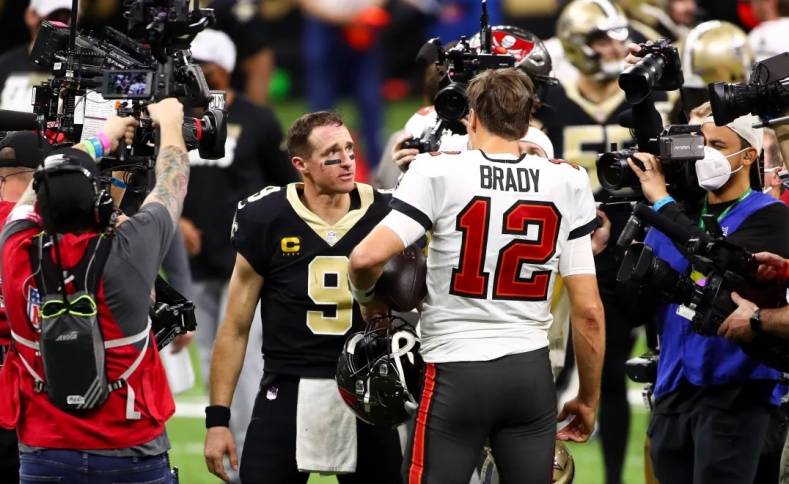 The industry experienced futureshock head-on in 2020. The impact will take a long time to unwind but it’s already clear that some changes will be profound and not all of them bad. In part 2 we look at what sports and sportscasters need to do to change the live experience to make money and AI’s growing role in the ecosystem.

Led by the 2020 Olympics, 2021 will be a massive year for live sport hopefully accompanied by the return of crowds to stadia. But the pandemic has permanently scarred club and league finances.

According to figures quoted by Deloitte in its end of year report, the NFL lost $5.5 billion of stadium revenue last year. The NBA was set to lose half a billion. The Spanish soccer leagues are on their knees after MediaPro appears unable to fulfil its multi-billion Euro rights contract and multiple sports in the UK are surviving off government bailouts.

“The next twelve months will prove crucial for live sports,” says Ampere analyst Minal Modha. “As broadcasters begin to sign new rights deals or renew current contracts, many will seek to leverage the pandemic to reduce fees. If consumers do begin to cut the cord, this will only provide further ammunition and may see a widespread re-evaluation of sports rights.”

What this means is that broadcasters and leagues need to rethink their approach and start interacting directly with viewers and fans. “First and foremost it is critical that sports organizations invest in the infrastructure required to power digital channels, streaming platforms, and augmented and virtual reality solutions,” argues Deloitte’s sports leader Pete Giorgio.

So, in 2021 expect to see significant expansion of what is broadly termed ‘gamification’. Fans no longer expect to just consume real-time content, they expect to interact with it.

“Real-time streaming will make the viewing experience more interactive and personalized,” says Steve Miller-Jones, VP edge computing and solutions architecture at Limelight Networks. “As sporting events returned to our screens this summer, several broadcasters experimented with new virtual offerings to make the real-time streaming experience more engaging. This experimentation will only increase in 2021. We can expect gambling integration and personalised services that provide alternative commentaries, live audio feeds from the referee’s mic, and crowd sounds for an authentic stadium experience. We will also see more features focused on social streaming, allowing friends to watch together. These features might be short-lived, but those that really engage audiences will remain and change how live streaming experiences are defined. We’re not there yet, but we’re approaching a model where the user controls the content experience for themselves.”

A number of technologies are necessary to make this happen. Efficient delivery of content will continue to be critical to the viewing experience, so providers will look for the best and most efficient standards and formats for the job. For example, techniques like Content Aware Encoding can create high quality video with lower overheads, helping keep costs under control.

5G rollout will also open up new realtime interactive data-rich video applications. Another area to watch in this regard is Artificial Intelligence and Machine Learning which is developing at speed and going to change the industry at its very core.

AI/ML will deliver breakthroughs in video compression efficiency. Automated production technologies for covering sports from a single high resolution camera will continue to gain ground. An eye-catching application last year was the install of Pixellot camera systems at every Scottish Championship ground to produce live streams of matches for overseas supporters. The Pixellot system uses fixed, unmanned cameras with in-built, AI, ball-tracking technology to produce live HD footage which will then be broadcast internationally via a centrally operated streaming platform. The deal also means clubs that were previously unable to stream their games internationally will be able to access a brand-new stream of revenue.

Over the next few years, advancing AI algorithms in VFX may mean that giant teams of VFX artists are no longer needed to perform tasks like rotoscoping. AI is unlikely to replace the scriptwriter in Hollywood – but that hasn’t stopped anyone from trying.

The release last June of GPT-3, a language model able to autonomously generate articles, poems and press releases and even guitar tables sent shivers along the spine of the creative community.

With its 175 billion learning parameters, GPT-3 can “perform pretty much any task it’s assigned … [making] it an order of magnitude larger than the second-most powerful language model, Microsoft’s Turing-NLG algorithm, which has just 17 billion parameters,” reports SiliconANGLE.

That’s interesting because Microsoft acquired exclusive access to GPT-3 to expand into its Azure cloud platform. Microsoft notes that its potential includes “aiding human creativity and ingenuity in areas like writing and composition, describing and summarizing large blocks of long-form data (including code), converting natural language to another language.”

Yves Bergquist, who works with the Hollywood studios as part of the SoCal University think tank The Entertainment Technology Center says GPT-3 is extremely impressive.

“There’s a place for [it] in automating simple content creation like blog posts, but there will need to be a real cultural shift in how the entire AI field thinks about intelligence for AI generated scripts to happen.”