This time last year, had anyone predicted or suggested what is now normal in live TV news, sports and entertainment, such as fake fans, laugh track-style crowd noise and regular live news reporting and interviews from reporter’s homes, they would have been laughed out of the industry. Who would have thunk?

The future of TV began the year looking brighter than 100 stage lights. Repack ended later in July and many repacked stations added an ATSC 3.0 upgrade at their own expense to the replacement repack transmitters the FCC was reimbursing them for. It was a wise strategic move that gave TV broadcasters the confidence to announce aggressive plans to deploy NextGen TV in 61 US TV markets including the Top 40 in 2020.

The second week of 2020 was a rousing start for ATSC 3.0 with the introduction of the first consumer NextGen TV sets at the Consumer Electronics Show (CES) at the familiar Las Vegas Convention Center. NextGen TV wasn’t exactly the ‘buzz’ on the exhibit floor, but the 2020 CES provided a solid footing for a foundation to build market relevance on and it was a terrific start. 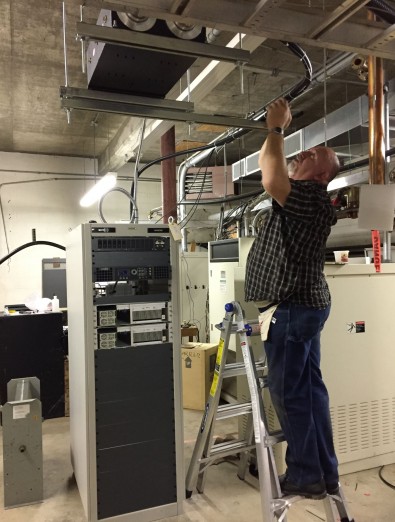 Repack gave many US TV stations a low-cost opportunity to upgrade to ATSC 3.0 RF ready.

A month or so later, as they say in Las Vegas, ‘All bets are off,’ for the world, for families, and businesses including broadcast TV. When Las Vegas’ most popular casinos began to shut down it became all too obvious the pandemic was serious. The 2020 NAB Show was cancelled on 11 March 2020, and nearly every other major trade show followed.

The Chinese animal for 2020 is the rat (or mouse) and metal is the main Chinese zodiac element for the year. Thus, 2020 is the Chinese Year of the Metal Rat. According to thechinesezodiac.org, "The year 2020 is quite challenging, especially health-wise, but also financially, with obstacles, impediments, and unpredictable situations, which will mainly occur during the first half of the year." The pervious Year of the Metal Rat was 1960.

2020 is also the year the internet saved TV news and station's brands. Imagine the impact on TV before near-universal, high-speed streaming. When stations and guests wanted to maintain social distancing, Zoom, Skype, Go To Meeting and the like became instantly ubiquitous in live news and entertainment TV production worldwide. It worked because viewers were familiar with computer video and they relied more than ever on TV news for the latest pandemic information. Many viewers reported they also enjoyed seeing inside their favorite TV personalities’ homes.

Some outsiders consider big industry shows to be little more than an annual reunion on an expense account. Professionals who visit exhibits, attend sessions and ask questions know that industry events are where new solutions are presented and the only place where the latest technical knowledge is demonstrated and explained. The shows are also industry milestones that most manufacturers target for product introductions.

The industry is still adjusting to the vacuum created by the lack of physical trade shows. Not everyone has time to watch virtual technical sessions and product demo webcasts. Those who don’t attend shows or the time to absorb lots of technical content on the internet must depend on those that do, including The Broadcast Bridge.

Without shows, what’s an industry to do? Irony is when the people who make the equipment other people use to make TV content have to create their own TV content to stay connected to the people who buy and sell their products. Irony Part 2 is when digital consumer technology is being proven to have the quality and reliability to take the place of some of the professional gear established manufacturers make and sell, such as expensive studio cameras for example. 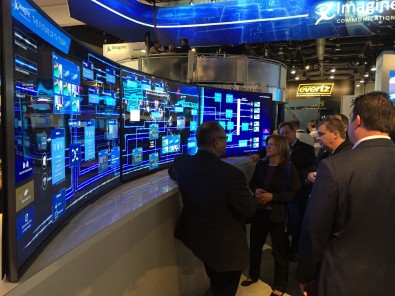 Its difficult to create a webcast as powerful as a live exhibit presentation. Who doesn't miss broadcast trade shows?

While broadcasters were changing news production to meet social distancing requirements and minimize the risk of the pandemic spreading through a station’s staff, the 2020 NAB Show and other major shows all went virtual, with Skype, Zoom and similar videoconferencing services being required for broadcasters shopping for a solution and for those wanting to keep up with the latest technology.

Suddenly, cloud videoconferencing using a laptop or handheld device for camera and interview backhaul is ‘good enough’ for live TV and has became part of the new normal. It was the safest alternative almost universally available. The best pandemic news for TV broadcasters is that today’s average internet connection speeds can handle live HD video.

With shutdowns happening down the street and around the world, TV broadcasters did what they do best. They quickly came up with a Plan B. Most TV station engineering departments have all sorts of Plan Bs ready for people to implement when equipment or electrical service fails. What most never considered in their disaster and disaster recovery plans is what to do when the station runs out of people. Many managers found themselves as the last resort.

The new Plan B was how to produce live TV with proper physical distancing to keep everyone as safe, comfortable and healthy as possible. The industry has taken it seriously and done well with it. Every station has a story. Some stations owned gear easily controlled remotely. Others had to adjust workflows and physically isolate those who must work with systems that can't be moved or remoted.

FOX TV for example, came up with the idea to cover control panel surfaces, keyboards and mice with plastic kitchen wrap that could be easily replaced by each new operator. Many stations followed suit. Plastic wrap, plexiglass protection barriers, disinfectant wipes and spray have became as important to daily TV operations as cameras and microphones.

Nobody budgeted for the pandemic, but many stations found they could make do or get close to it by repurposing gear already on hand. After a thorough inventory, a difficult situation often became a unique learning experience. Engineering departments were often able to provide IFB, return video and sometimes PL intercom to people in the field via the internet with gear they already had on hand. Few considered those relatively obscure features useful when they bought a solution, but later found those unused functional abilities, such as internet multiviewing, were very helpful indeed.

From a management perspective, people deserve recognition for their hard work during these difficult times and at least a vacation to get away from TV for a week or two. The problem with broadcasting is that along the line, someone must fill in and do the work.

Stations I speak with tell me that everyone is doing all they possibly can to keep their stations on the air. On the other hand, many of those same people need, deserve and expect a vacation. After all, 2020 is almost over and there are many who kept their stations on the air working extra shifts who need to relax. Who fills in when the staff can't fill in for each other?

That’s the December 2020 broadcast TV conundrum. How does a manager reward hard-working staffers without personally filling in that person’s shift? It’s a significant management challenge that stations around the globe are struggling with.