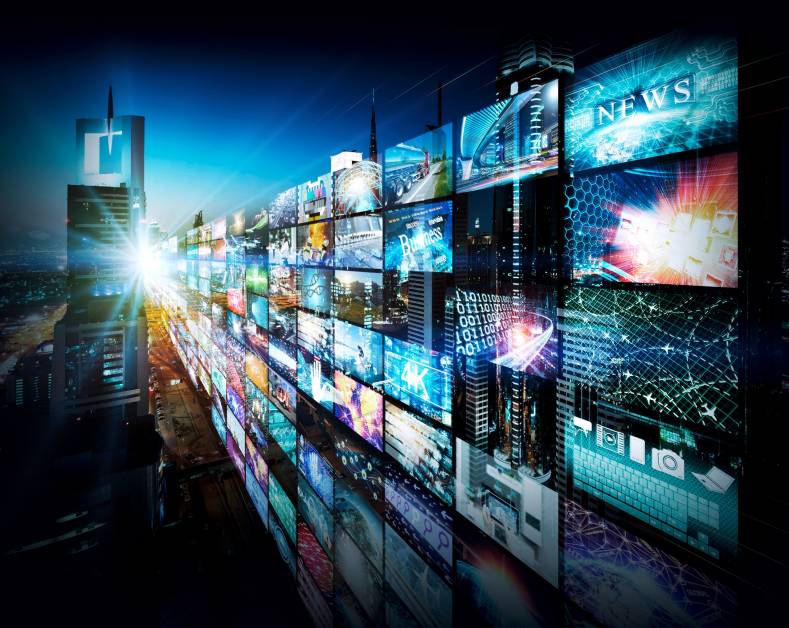 This article was first published as part of Essential Guide: Multiviewers For Flexible Operations

Last year saw the company introduce its first virtualized product in the form of PRISMON.cloud which enables remote signal monitoring around the world. This quantum progression in Rohde & Schwarz’s software development skillset enables it to offer customers a far wider reach of monitoring facilities in both a production centre environment and also further down the distribution chain, right up to the viewer’s chosen device.

The benefits of such a flexible and future proofed software technology to a station’s technical or operational director is simply huge.

One question frequently asked to Rohde & Schwarz by customers is whether it is possible to handle SMPTE 2110 data streams within a virtualized environment. The answer is yes, R&S already has such applications up and running across Europe.

SRF Operations is responsible for all production systems and technologies throughout television, radio and multimedia operations at SRF. A revolutionary News and Sports Centre for SRF is the most ambitious project that SRF and SSG SSR have embarked on for decades. The facility — located in the Leutschenbach district of Zürich - is being built specifically to leverage an IP workflow for significantly streamlined and simplified operational processes. Its cornerstones are digital first and mobile first with a tight focus on video and audio quality. The project sees a change away from program-oriented organisation to a story and content-oriented focus. Within the new structure, journalists will be organized as expert teams and not on program structures.

A key strategic goal of the new building is to have a higher efficiency and flexibility in all directions. But it also means a big technical change. Through re-inventing workflows, SRF will bring together many production islands that grew over years into one big new technical concept.

File based and live workflows are growing together, national and regional operating teams work as one integrated unit. There exists just one audio / video / metadata backbone throughout the complete production process from ingest to playout based on full implementation of the SMPTE ST 2110 uncompressed IP standard in HD and ready for UHD.

SSG SSR and SRF’s goal is for their workflow to become format agnostic, future proof and efficient. This brings a big change for the employees. There are new organisations, new working hours, new tools and systems, and new workflows.

From day one, tpc / SRF set out with the ambition of creating a new and radically different production solution. Included in this approach was its multiviewer system needs: from the earliest stages, SRF sought a fully virtualized multiviewer architecture. “With a completely virtualized platform we get the flexibility that we always wanted from a multiviewer system,” explains Andreas Lattmann, Chief Technology Officer, Planning & Projects at SRF. “Hardware agnostic, integrated in the network and capable to display whatever and wherever needed.” 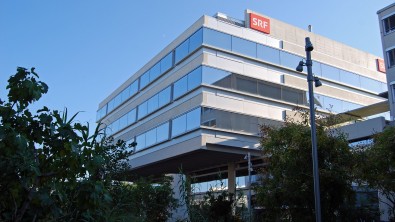 Within SRF’s new facility, there exists a master switching room, central ingest, many studios and galleries with different multiviewer needs, as well as a new playout and postproduction system. “Within this environment, the demands for multiviewing are very high and mission critical,” explains Lattmann.

“Everybody in the building has different needs to see what’s going on and where.

“With the inherent flexibility of a virtualized multiviewer system we can support the operational teams as well as the journalists by showing them the specific sources and destinations that are required for their work and nothing less or more. Dynamic setups and the sheer number of signals that can be handled by PRISMON helps us in supporting the efficiency of everyone.”

Within the news and sports production centre, there is still hardware required, but not special-built-for-purpose. Instead SRF is using standard COTS servers to render the multiviewer signal and the servers are directly integrated within its ST 2110 backbone. With this implementation, SRF achieves the full flexibility that an IP environment enables.

The project required extensive planning, which saw SRF / tpc and Rohde & Schwarz working together closely. “Based on many tests and a proof of concept, we figured out that the crucial issues, such as picture quality, latency and functionality are fulfilled within a virtualized system such as PRISMON,” explains Lattmann.

The two companies continue to work together on the deployment of PRISMON Multiviewers, aiming to exploit all of the advantages the new virtualized system offers. “Due to the fact that the product is still quite leading edge, there are enhancements and developments being integrated within PRISMON as an ongoing process. There are new functionalities and releases that enhance the use of the system,” Andreas Lattmann explains.

This is one of the primary benefits of a software based, virtualizable platform, such that it can be updated as and when the deployment requires, features are developed or as new standards become available.

Third Party Integration Based On ST 2110

Within the new centre, PRISMON Multiviewer is integrated alongside technology from Nevion. SRF is using Nevion’s VideoIPath as the orchestration solution for its realtime network. It is the system that enables signal management, bandwidth management, redundancy, address handling and much more. ST 2110-based, VideoIPath is the brain of the complete IP System and also for the multiviewing. 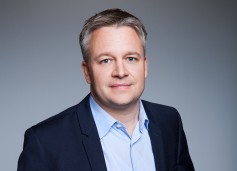 “ST 2110 is the future standard for live audio/video and ancillary data handling in a professional environment. It is an open standard and helps us in migrating to a full COTS-based, IT product-based infrastructure and fulfilling all of our realtime needs such as being predictable, stable, synchronised, scalable, format agnostic and future proof,” Lattmann states. “With this once in a lifetime chance to build a completely new infrastructure with a greenfield approach, it is important to build this with state of the art concepts. So, we committed very early to this standard, became member of SMPTE including its standards group, AIMS and AMWA. Based on these decisions we needed partners that supported the same standards: Rohde & Schwarz is doing this with its PRISMON Multiviewer.”

So, how does IP-based operation enhance workflow efficiency within the new centre? Thanks to SRF’s end-to-end approach as opposed to its previous island-based approach, all signals are available throughout the production infrastructure. With an overall monitoring system, SRF has enhanced the reaction time if there are any failures in the system. With the PRISMON Multiviewer system SRF can ensure that the signals are available in the expected quality at whatever point in the process.

Now that the PRISMON Multiviewer system is installed and tested, Andreas Lattmann is able to assess the results of the project. “We are happy with the installation of the (PRISMON) application on COTS servers with the support of Rohde & Schwarz technicians,” he explained. “All open points are well addressed and professionally managed by Rohde & Schwarz.

“Since the application is installed on COTS Servers and a VM platform, we are able to expand or shrink the system’s dimensions based on our needs, quickly and easily. A central License-Management Facility allows us to adapt the system to any workplace that needs specific features. The measurement function within PRISMON Multiviewer helps us in a reduction of expensive measurement equipment for many workplaces.

“It is very helpful that PRISMON is based on standardised interfaces. This makes our goal (and perhaps that of any broadcaster) of integrating a best-of-breed solution based on third party control systems easy,” Andreas Lattmann concludes.

Today, PRISMON is a product that empowers customers through ultimate application flexibility – both on-premise and within virtualized environments. This challenge requires the skillsets of two different types of people – hardware engineers and software developers. Rohde & Schwarz has built its reputation over many decades on our hardware engineering capabilities. But also, PRISMON is a software-based product that is over 10 years in development. During this time, the company has developed excellent software development skillsets and these are valuable when it addresses the needs of virtualized workflows.

With all these skillsets, Rohde & Schwarz can advise customers: both advice and support throughout the signal processing chain and also on how the virtualized infrastructure is being set up. In order to maximise both latency and data throughput and stability, it can optimise the data processing throughput in a virtualized framework.

The question is how does a broadcaster tame that asynchronous IT/IP world in ways that enable viewers to consume AV content in manner they are familiar and happy with? The closer you can get to the performance that a traditional hardware-based system provides, the happier the customer is. It requires specialist knowledge and skillsets, but the big challenge is to customize a virtualized environment to the specific needs of that user – this is where the strength of the relationship between the customer and the technology partner is so important.