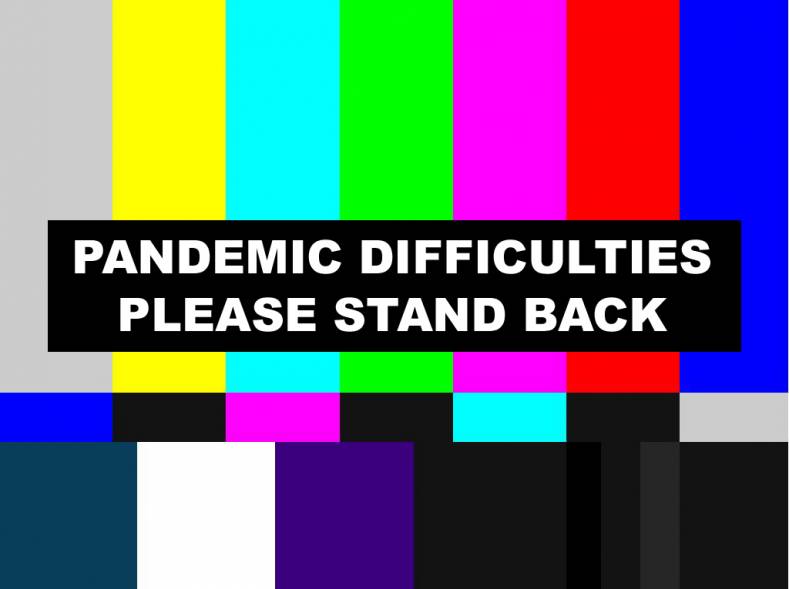 Today's focus of TV station managers, engineers, technicians, production and news crews is to avoid airing this. So far, so good.

I was once the person in the TV engineering office who got the viewer complaint phone calls, in the period before hi-fi TV audio to the DTV transition. Other than the usual analog TV ghosting and reception complaints, not once did any viewer ever ask about better pictures or improved sound quality. Necessity may be the mother of invention, but in broadcast TV the opposite is more often the case.

TV has some serious karma. The top four TV karma countdown starts with technology that always fails at the worst possible moment, cameras that are always on and mics that are always hot. Number one is that nearly all TV technology developments were brought about by research and development not originally intended for broadcasting.

Over TV's analog history, the phrase “Broadcast Quality” was synonymous with "Rolls-Royce expensive."  Broadcast VTRs and color cameras cost $100,000s each, when new Corvettes sold for about $5,000. Years after consumer VCRs and camcorders were everywhere and cost much less than any new Corvette, “Broadcast Quality” video remained reserved and affordable only to the well-financed. VHS and Betamax were clearly second-rate “home movies.”

That elite standing ended abruptly in 1991, when the worst video ever aired headlined nearly every TV news broadcast. The technical quality of the amateur home camcorder footage was as horrible as the content was powerful. When it appeared on satellite news feeds, it became the big story on TV newscasts around the world . The so-called Rodney King video initiated many social changes, the largest for TV being that it became okay to air technically awful video if the content demands it. 4K camera-phones with HDR haven't changed that. TV has always been all defined by its content. McLuhan was wrong. The medium is not always the message.

A list of unintended TV hits from unrelated inventions and occurrences is woven in broadcast TVs DNA. Early experimenters inventing video didn't know what to do with it until San Francisco inventor Philo Farnsworth developed a complete electronic television system that worked. HDTV and flat panel displays were US government Defense Advanced Research Projects. Steve Jobs wasn't thinking about TV stations relying on iPhones for live broadcast TV content or viewers watching their local TV on one. Broadcasters and video engineers are resourceful people and experts at live improvisation and situational reorganization without anyone noticing. 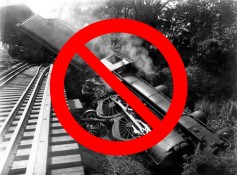 Creativity under pressure making random things come together is daily business in live TV. The pandemic was an unexpected social wild card.

Today’s worst phone camera makes better pictures than the most expensive NTSC camera ever built. Now the industry is facing another reinvention with ATSC 3.0. I agree with Hilton Howell, Gray TV CEO and Chairman who says NEXTGEN TV today is about where the first iPhone was when unveiled in mid-2007. The first Apple App Store opened a year later. However, before the TV industry can conquer the future, it has a ubiquitous real-life crisis to overcome today.

Computers didn’t start with PCs and IP didn’t begin with MPEG. It took computers decades to evolve the speed and power to process real-time NTSC video. A dozen years later, new PCs could process HD in real-time and improving PC technologies continue to bring sweeping changes to TV content production and distribution. IP has created new powers TV stations didn’t realize they had until the current crisis hit. Will TV stations need studios and control rooms after 2020? Nobody ever seriously asked until now.

We know the who, what, when, where and why. What is being revealed now is the how. IP control of digital video gear isn’t a new concept. Smart phones and tablets replaced tweaker screwdrivers a decade ago. What’s not to love about the convenience of being able to measure and adjust digital devices from home. In the middle of the night. On a weekend?

Video engineers are naturally curious about how new gadgets work, especially anything that can effectively substitute for an emergency roundtrip to the studios or remote transmitter. Most engineers were already familiar with station gear that interfaces with a web browser and other gear that needs a special app or software, and they have loaded their personal devices to log onto and control what they can. The contingency nobody gave much thought to was abandoning station facilities and setting up virtual TV studios and control rooms from everyone’s homes under isolation conditions.

Suddenly, station engineering focus has shifted from repack and ATSC 3.0 to protecting and maintaining the on-air brand and status quo without spending money. The question is not what a station needs to buy, it is ‘What do you have on-hand that will do the job today?’ That challenge calls for reinvention and repurposing, beginning with a thorough inventory.

Computers, tablets and phones can capture, create and stream HDTV content over the internet and most ISP connections easily support it. Capturing and live streaming are the easy issues. The big variable is what a station does with those remote feeds to create a live show while every crew member is isolated.

How does a group of people usually seated next to each other in a control room actively collaborate to produce the same show from their individual homes? Who is the TD and what production switchers and audio mixers can be operated by GUI from home? Not everything with an IP interface offers all the features needed to produce an entire live TV show with nobody at the station. 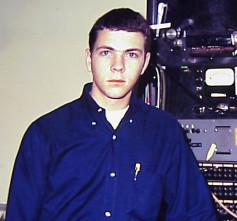 The yellow screwdriver in the author's shirt pocket fixed all kinds of technical issues in analog times and was particularly good for thumping suspicious vacuum tubes.

TV stations have always been proud of what made them different, as have TV engineers. Stations owned completely different systems, all the way back to the days when the main choices were RCA blue or Ampex gray. Only risk-takers dared to mix and match.

Today, nearly every TV production peripheral is IP-based or can be. Standards are strong, and about the only things unique about IP are formats, bandwidths and addresses. The live TV challenges are the core TV elements such as master control, graphics and the studio production system. Often, that category of equipment isn’t fully remote controllable unless it was designed and purchased that way. They’re typically also CapEx-level items that can’t be ordered if they weren’t requested and approved last year. Today’s situation demands engineering creativity and significant workplace adjustments.

About a month ago, as physical distancing and fears of contagion spread, a friend called me from his mid-market TV station looking for help remoting his studio production system to minimize spreading crew health issues. The dealer and manufacturer wouldn’t return his calls and emails. He told me the makes and models of what the station owned and I promised to do what I could.

I emailed the director of marketing at the manufacturer of his gear, suggesting I would write a story about how his company helped my friend’s station and how they were helping other customers like him. The response to this day is cricket chirps. On the other hand, perhaps the best response to my questions was no response because there was no practical way they could help. It was beyond a firmware upgrade and a lose-lose scenario faced by many stations, not limited to any particular manufacturers. Other than a recovery plan, facility evacuation and crew isolation alternatives were not included in anyone's emergency plans.

ENG vans, OB production and satellite trucks aren’t appropriate because of their tight quarters. Most stations are in similar but different physical circumstances with unique local ‘gotchas’ to work around. Overall, it appears the best, most expedient and common response to keep crews healthy is to reposition people at safe distances from each other and maintain that distance for everyone’s health.

Standby to see which trends and changes survive the test of time. TV Karma is back, challenging and bettering TV broadcasting when we least expected it. 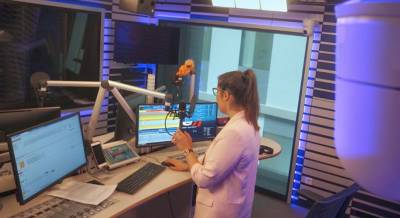