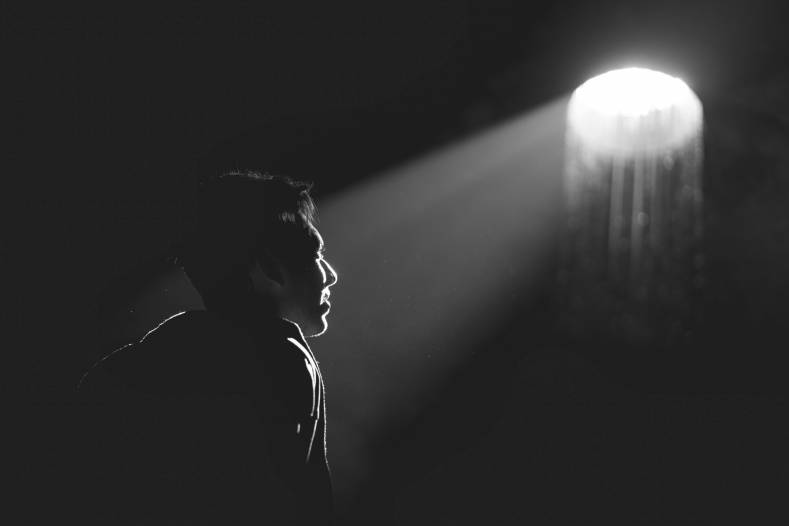 With the advent of tiny battery-operated LED lighting, an extraordinary collection of creative lighting tools have been miniaturized and can now be carried in a small shoulder bag by videographers. Here’s a look at how to use such a kit for small video crews. 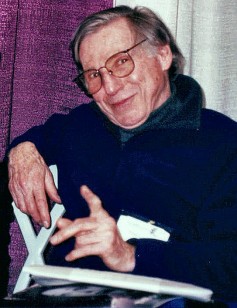 Much credit for the creation of portable video lighting packages must go to the late Ross Lowell, a veteran documentary director, producer, cameraman, writer, teacher and inventor. In 1959, he founded Lowel-Light Manufacturing, makers of portable lighting equipment for video and film production.

Lowell received an Academy Award technical certificate for lighting design in 1980. His philosophy of lighting fits well with the practical limitations of today’s news and documentary video crews. In his book, Matters of Light and Depth, Lowell makes a strong case for how much beauty and drama is possible with a single light source:

“If one or two lights can solve the aesthetic and technical problems, don’t feel compelled to use more lights, even if you did drag them half way ’round the world. The simpler the lighting look, the better. The only thing better than two sensitively placed lights, is one — if it does the job,” Lowell said.

As for the videographer with modern low light-capable equipment, Lowell offered a warning: “It is all too easy to confuse effects with effective lighting, startling images with unforgettable ones, quantity of foot-candles with quality of light. Today’s sensitive video equipment and fast lenses mean that merely recording an image is not the real challenge. Creating separation of planes, implying depth, revealing the character and subtleties of the subject and establishing a meaningful mood are at the heart of our miraculous craft." 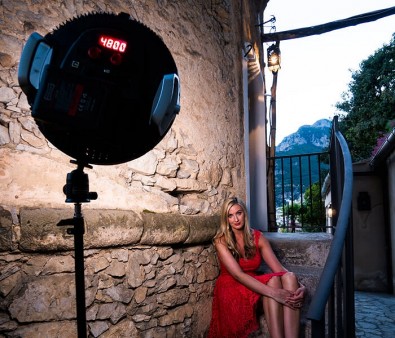 A single Rotolight on subject.

Very often a single soft source carefully placed in relation to the right subject can produce startlingly dramatic and beautiful images. The worst place to position that light is on top of the video camera. Such single-source lighting close to the lens-subject axis results in textureless, characterless illumination with washed out foregrounds, distractingly shadowed or totally black backgrounds and little sense of depth.

Those without a choice, such as a fast moving news crew, should at least diffuse and reduce the intensity of the camera-mounted light so that any existing sources are not overwhelmed and shadows are softened.

When working with one light that is not camera mounted, it is advisable to use a soft source, preferably one with diffusion, barndoors or an egg crate. The reason a soft source should be used in preference to a hard one is that the large, diffused source helps to convey the subject’s character as a result of subtle gradation between broad highlights and soft shadows.

There are many situations when one light cannot adequately model complex, multiple-plane forms or illuminate and separate foreground, middle-ground and background or control contrast. A second light source can help solve some of these problems.

Traditionally the second light is used to soften the harsh shadows and dark areas left by the first source. If the subject does need fill light, the second source should be soft enough that it does not introduce any new shadows. The amount of fill should be appropriate to the subject, mood and medium of reproduction. 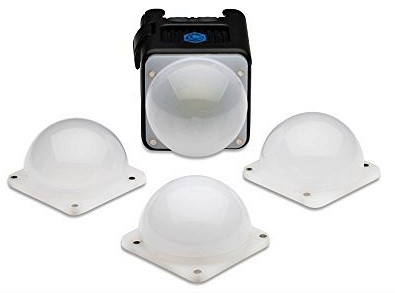 If the dark edges of the subject disappear into a black background, there are two ways to create some separation. The second light can be put to work to brighten the background behind the subject. The light should be positioned above and/or to the side to emphasize shapes and textures and to avoid casting the subject’s shadow on the background.

Another way to separate the subject from the background is with backlight. Position the second light above and somewhat behind the subject, aimed toward the camera. Backlight is essentially glare light, so a little bit goes a long way.

If the main source creates excessive shadows or contrast, the second light may be needed for fill. In this case, it should be a soft, relatively shadowless unit, perhaps with diffusion material added. 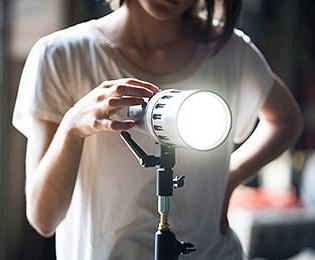 A second light should be used: 1) if contrast is too great; 2) if the subject doesn’t separate from the background; and 3) if a single source can’t successfully model multi-plane forms. Naturally, if several of these or other problems exist simultaneously, a second light will not be enough.

At times multiple key lights are required because two lights do not have enough output, or the areas being shot are too large, or dramatic effects are desired or the subject moves around the room and looks in different directions. In such cases, restricting each light’s beam-spread to separate areas of the scene avoids unattractive multiple shadows.

There was a time when few self-respecting cameramen would consider a subject properly lit without a key, fill, backlight, background lights, kicker and eyelight. This type of elaborate lighting has disappeared because video, film and lenses are “faster,” actors and non-actors have been granted more freedom of movement by many directors and lighting styles have changed.

Assemble a kit of small LED fixtures with internal batteries and accessories. Then get the light shaping devices that will allow precise light control. There has never been a better time to achieve high quality video lighting with a minimum of tools. Now it is down to the skill of the person doing the lighting. 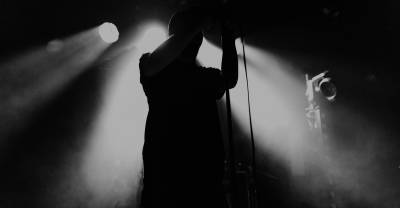