Fig.1 shows a logarithmic curve. The curve doesn't go though the origin, but it goes through unity on the x-axis because the log of 1 to any base is zero. All positive numbers of deciBels represent a ratio bigger than one, and all negative numbers of deciBels represent a ratio smaller than one. The curvature of the graph allows large ratios to be expressed without using many digits.

Another advantage of the deciBel is that its logarithmic nature simplifies some calculations. Processes such as multiplication, division or squaring become much easier because the product of two numbers is the sum of their logarithms. Imagine adding two numbers together, but instead of doing the calculation, we simply laid two rulers side by side to perform a mechanical addition.

Suppose the rulers had logarithmic scales instead. They can then multiply, because, as Fig.2 shows, that is exactly how a slide rule works. It follows that squaring, which is multiplying a number by itself, is done by doubling the logarithm. 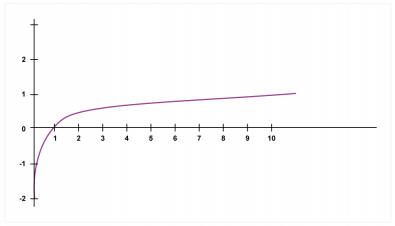 Actually there are two types of deciBel; the pure dB and the referred dB and it is as well to know which type we are dealing with. The pure dB is not a unit; it's a ratio and as such is dimensionless, like Pi or Reynolds Numbers. There can't be a standard dB kept by some authority somewhere to calibrate all the others, because it's a ratio. Possibly for that reason it is not part of the SI system of units.

Another way in which the dB is unique is that the B remains upper case. A long time ago, units named after a person began with an upper case letter, as in Watt and Ohm. Later on this was changed so that the standardized way of writing the unit would be watt and ohm. As the use of a person's name for a unit was to commemorate them, I personally think the lower casing of units is disrespectful and I continue to use the upper case.

The gain of an amplifier or the loss of an attenuator is also dimensionless, so it would, for example, be correct to say an amplifier had a gain of 6dB or that an attenuator changed the level by -3dB. However, if we want to use dB to express the absolute level of something, then we have to have a reference with which to compare it. And, having done so, we must qualify the dB by adding a suffix that explains what the reference is. As will be seen, there are quite a few of those. The suffix ought really to be in brackets, but it often isn't.

One of the units that is relevant to audio is the dB(m), where the m stands for one milliWatt. If one milliWatt is delivered into 600 Ohms, then the Voltage is 0.775V RMS. As it is much easier to measure voltage than power, then 0.775V RMS became the reference level, or the unit. As a ratio of one to one is 0dB, then 0dB(m) must be a level 0.775V RMS across 600 Ohms.

The radio community also uses a power measurement with respect to one Watt, which is called the dB (W). Note the W remains upper case.

As there is no longer a standard impedance, another level reference was needed, and that was the dB(u) which is a level compared to 0.775V RMS and where the u stands for universal. A signal of 0dB(u) has a Voltage of 0.775V RMS across any impedance. The dB(V) will also be found, in which the reference is one Volt.

Referred dBs that are units can be multiplied by gain or loss factors, which are expressed in pure dBs, so it would be correct to say, for example, that a level of +4dB(u) when subject to a gain of 6dB would have a level of 10dB(u). Note how easy that was: we did the calculation in our heads. On a linear scale using RMS Voltages, that wouldn't have been possible. 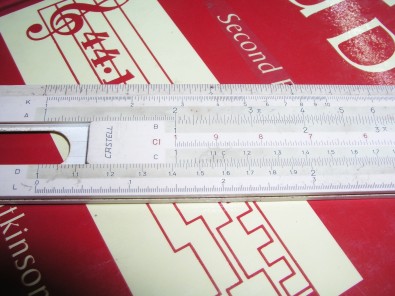 Fig.2 - My old school slide rule, showing mechanical addition of logs. The slider is set to 2, and for every number on the slider, twice that number is found on the body. No batteries required!

The reference can also be acoustic pressure, so we can measure SPL. The reference is a peak pressure of 20 microPascals and the unit is the dB(SPL). At low levels the frequency response of human hearing is anything but flat. Sensitivity to frequencies above and below the speech range are significantly reduced, so any instrument having a flat response measuring, for example background noise would not give a reading that related to the annoyance.

Filtering or weighting was used to improve the results. The earliest successful approach was A-weighting, which was a version of the dB(SPL) that used a filter roughly matching human hearing at low level. The unit is the dB(A).

It is well worthwhile to remember some relationships that crop up frequently in audio. In the Voltage domain, 6dB is a factor of two and -6dB is a factor of a half. To be pedantic, it's 6.02dB, but it makes so little difference that the extra digits are simply not stated. In the digital domain, every bit added to a sample increases the dynamic range by 6dB.

The frequency response of audio equipment is generally the range between the half power levels. A frequency response quoted without specifying the limits is meaningless. To find the level change that delivers half the power, we recall that power goes as the square of the Voltage, so on a linear scale the level would have to be divided by the square root of two to get half power.

A much simpler way is to remember that the square root is obtained by halving the logarithm. If -6dB is a factor of a half, then halving it to -3dB gives the level ratio for half power. That is why frequency responses are quoted at 3dB down, which is another way of saying minus 3dB. It is useful to remember that 3dB is very nearly the square root of two, or about 1.41. 10dB is very nearly Π (Pi).

One of the first requirements for the control of level was in broadcasting. AM radio works by modulating the amplitude of a carrier with the audio signal. The process generates sidebands above and below the carrier, equal in width to the audio spectrum. The audio spectrum has to be limited by filters to prevent the broadcast sidebands encroaching into the next channel and causing interference.

The system is sensitive to excessive audio levels, because they can cause clipping after the filters. The harmonics due to clipping then cause the transmitter spectrum to go outside its allocated channel. In practice some combination of limiting and level metering was needed.

It's easy to measure the Voltage of a sine wave, but unfortunately sine waves are not representative of real audio signals. A sine wave has stationary statistics, has zero bandwidth and carries no information. In contrast human hearing doesn't just work in the frequency domain. It works extensively in the time domain and recognizes events, extracting information such as the size and direction of the source.

The information in an audio waveform is carried in events. It follows immediately that for an event to be recognizable it must rise above the general clutter. Any useful audio level measurement must take that into account. 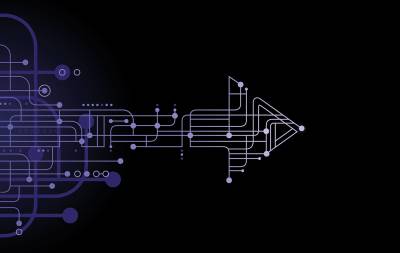