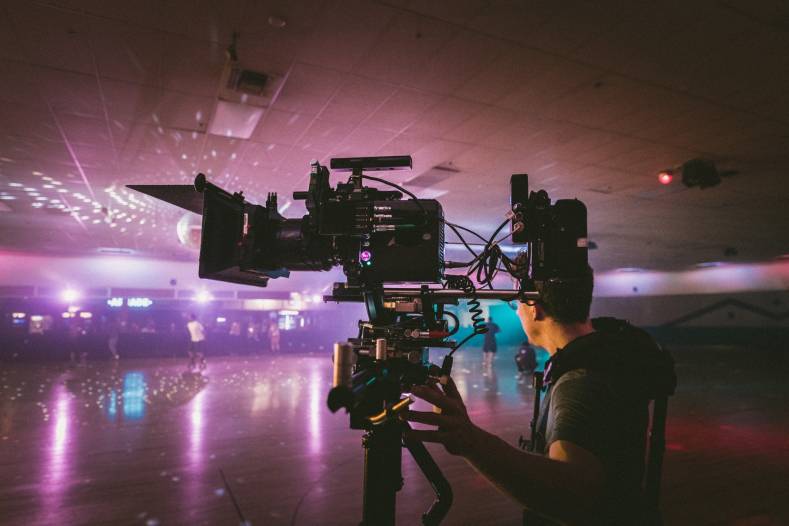 It’s not controversial to say that film production in London has been booming for a few years, and there’s no real secret as to why: in 2006, Gordon Brown’s government introduced tax incentives that have played at least a part in provoking a doubling of production spend since 2009, and the post-financial crash and post-Brexit-referendum state of the pound has probably helped too. There are all kinds of arguments to be made about whether tax incentives for film production actually represent public funding of private enterprise, and whether they drive a race to the bottom in which various jurisdictions vie with each other to give away the largest amount of potential public money.

Either way, it’s busy, and this has been felt by everyone from crew to facilities (and your correspondent must declare an interest as a member of the BECTU Camera Branch committee for the London Production division.) In terms of outside investment, Warner Bros. famously bought the entire Leavesden complex in 2010, after it had been used for the Harry Potter series and spent £110m refurbishing it. No American studio had owned UK production facilities since the MGM investment of the 1940s, and its heralded expansion at other studios. In February 2019, Shepperton received planning permission for more space, and ground was broken on the second phase of a £200m expansion at Pinewood in September 2018.

There has, arguably, been less coordinated effort in the provision of new crew. UK crew have enjoyed a good reputation for decades, though trades at the sharp end of film production have always suffered haphazard, even chaotic career progression, and there can be a degree of job protectionism in what’s widely viewed as a desirable but unstable working environment. Still, employment in what the BFI describes as the “film industry workforce” increased from 24,000 in 2008 to 64,000 in 2017. Many of those roles are likely to be away from the creative jobs that starry-eyed film students most covet, with just as many people working in production offices, transport, catering and other support trades, but it is employment nonetheless and the numbers are encouraging.

Perhaps the strongest hint as to the source of all this much-valued work is the creation of what Netflix calls a “production hub” at Shepperton, which was announced in July 2019. It’s well known that the explosion of over-the-top services, best typified by Netflix and Amazon’s offerings, has provoked huge amounts of well-paid and attractive work as the giants apparently attempt to outspend each other in the creation of lavish and spectacularly well-produced moving image content; in terms of sheer content quality it is a golden age of television. Current and recent OTT activity in the UK, even just restricting the field to Netflix, includes Sex Education in Wales, Outlaw King, and of course The Crown at Elstree. Features include Jingle Jangle (at Arborfield), Cursed (Langley) and The English Game (in Manchester.)

The question for anyone pondering an investment or even a career in this industry is one of sustainability. Netflix has been reported as having spent over US$12 billion solely on production in 2018, increasing to $15 billion in 2019. Assuming Netflix has around 150 million paying subscribers, it’s spending about $100 per year, per head on programming the service, and there are serious questions about how long that can go on. Investors seem to be crediting Netflix in particular with taking the long view – that there will be profit at some point – and that’s a credibly long-term bit of thinking, but the dot-com crash of the early 2000s reminds us that things do, in the end, have to start making money.

It is also reasonable to speculate – and it is speculation – that organisations like Netflix and Amazon are painfully aware that they do not have the near century-long archive of content that some of the big studios enjoy. How practical it is to close that gap by producing vast slates of content is one question. It had been clear for some time that eventually the big incumbents of film and TV distribution would recognise their own advantage and start to leverage their bulging back catalogues. Launches such as Disney+ have potentially hurt Netflix in two ways, by costing them the Disney content they once distributed, and by creating a very content-rich competitor with access to globally-adored brands. Disney is not the only one.

Whether the likes of Disney are any more of a threat than Apple TV+ remains to be seen. Apple and Amazon have no history of film and TV production before their OTT ventures, and, like Netflix, no back catalogue. But Apple is the biggest company in the world by market value. Amazon is the third biggest company in the world. The markets have valued Netflix above Comcast and Disney, but in 2018 it had a market value of about $150 billion, or about a sixth of Apple. In the second quarter of 2019, Netflix infamously actually lost subscribers in the US – about 126,000 of them – and while it gained 2.7 million globally it is unclear who might win the fight between the OTT pioneers, especially if the fight is sheer spending power.

Film production people, though, are unlikely to be particularly concerned about where the money is coming from. The OTT streaming market is in flux, even turmoil, and it’s entirely unclear how it might eventually look and who might eventually be in it. In the end, it barely matters to a director of photography. What does matter is that emergent markets like this invariably lose their gold-rush character and boil down into something more stable and more predictable. The question for people looking at investing time or money into UK film and TV production is how long the gold rush will last.

Idle guesswork around film sets says that the sun may set on the current situation in just a few years – much less than ten – and that the media industry is to some extent a zero-sum game. The population has a certain amount of income that it’s willing and able to dispose on entertainment, a certain amount of that will go on moving image content, and that’s probably fairly fixed. That’s presumably why operators in the world of film and TV have pushed for things like VR and 360-degree video, the better to expand the market away from a conventional 16:9 picture at 24 frames per second.

With or without entirely new media formats, over-the-top distribution has an unprecedented ability to capture the global market in a way that no conventional broadcaster ever has, and the on-demand nature of streaming changes things slightly. In the end, though, it is far from obvious how all this might work out in practice, and what that might mean for jobs and businesses all over the world.

Much as freelancers hate buying gear with a short shelf life, it may actually be just as well that modern cameras go out of date in a year and a half.