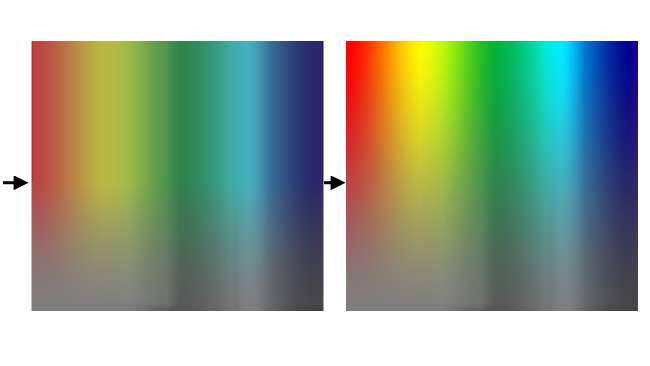 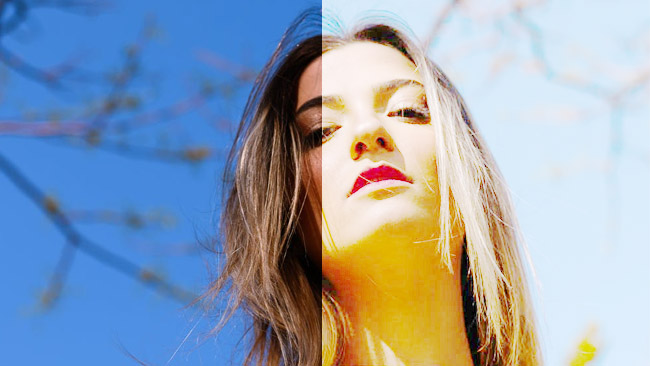 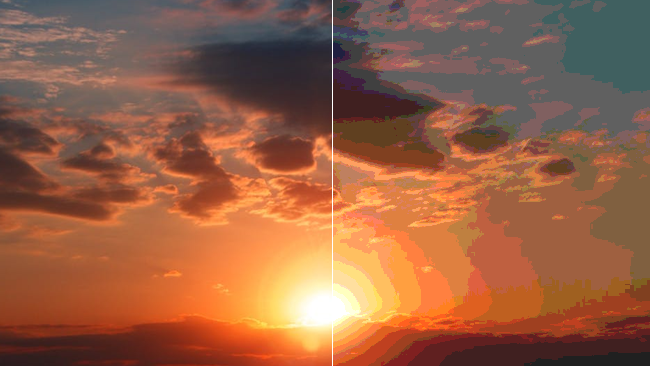 The solution is to use three different components, called, for complicated reasons, Y’, CR and CB. (often called YUV, though that’s not really correct.) The Y’ channel approximates brightness (properly luma,) while the CR and CB channels are used to modify that effectively black-and-white image to show color. The R stands for red and the B for blue; a high value in the CR channel pulls the color toward red, while a low value pushes it toward cyan. A high CB value pulls the color toward blue, while a low value pushes it toward yellow. Between these three components, we can create a full-color image. 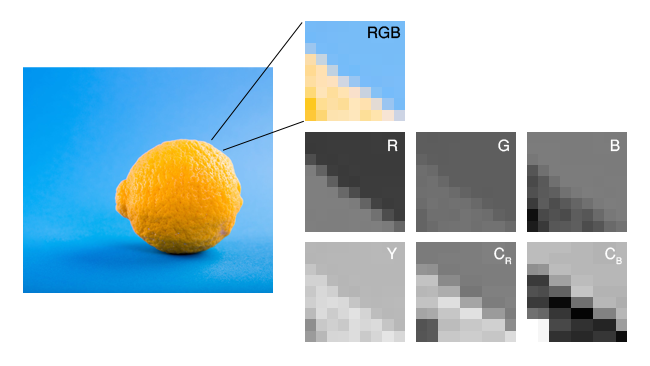 The mathematics used to go from RGB to Y’CRCB are not reversible, since each format can store colors the other can’t. The concept of a gamut still exists, though, based on the blue and red colors we use to define the CR and CB channels.