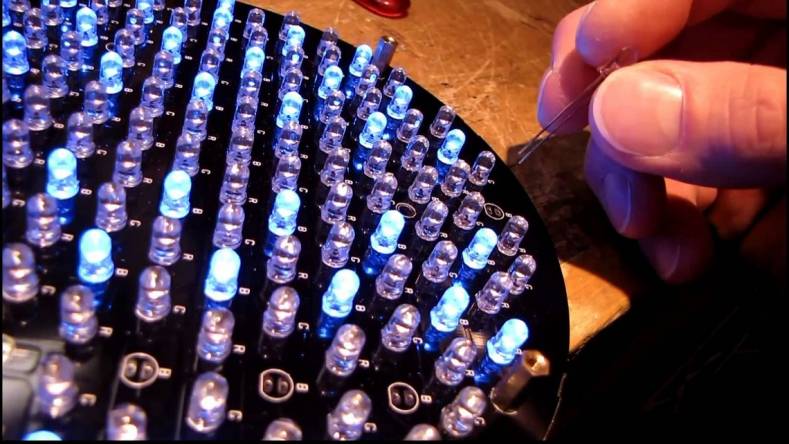 LED lighting offers video applications many advantages. Before selecting a solution, do your homework on the technology.

Shopping for LED video lights can be a daunting affair, with literally hundreds of models from dozens of manufacturers at every price point. What is the difference and how can a non-expert tell which ones work well and which ones don’t?

As with most new and constantly changing technologies, the responsibility to be knowledgeable is on the buyer. Just as clients are trusting your skill level in video production, it’s also your job to find the right lighting for the job. A bad choice in lighting can make your talent’s skin tones look sickly and can derail a promising video shoot as quick as any other production error.

To begin with, everyone who buys LED lighting for video production needs a basic primer on how the fixtures are made and what differentiates them — both in cost and quality. This is essential to understanding the differences between high quality professional lighting fixtures and cheaply made knock offs.

LEDs are different from traditional light bulbs. They don’t just quit working. Instead, LEDs are actually computer chips. Rather than burn out, they degrade slowly over time. That degradation can alter the quality of light the LED is producing. 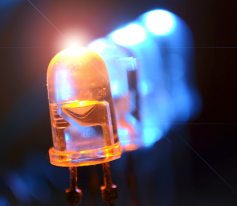 LED video lighting is both efficient and versatile. New fixtures combine the best of both worlds.

How long an LED lasts depends on how much power is supplied to it. In low-cost fixtures, manufacturers often over-power the LED, causing it to burn brighter — but with a much shorter life span. This allows them to get more light output by using fewer LEDs.

In cheap plastic housings used on low-cost LED fixtures, proper cooling is rarely a design consideration either. Heat build-up can not only speed-up the degradation of the LED, but affect its consistency in color temperature.

In all LEDs today, a key element is the quality of the phosphor — an essential ingredient in the depth of color that an LED emits. “When you are going to buy an LED fixture, you’ll see huge differences in price points,” said Ali Ahmadi, senior product manager at Litepanels, a high-end manufacturer of LED lighting for video. “The better the phosphor mix, the more expensive the light gets.” 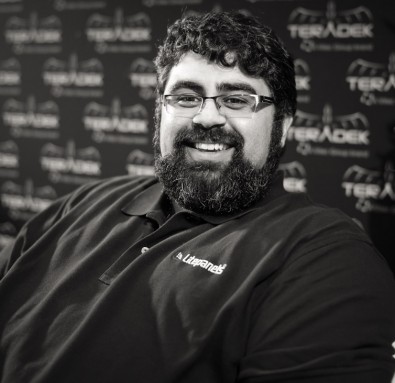 It’s the phosphor that that gives the LED — which begins as a blue light — the quality and consistency of its color. Green LEDs are the cheapest and easiest to make. Red is the most difficult. Getting heavy deep reds from an LED requires a lot of energy and a high-quality phosphor.

Phosphor can be applied to the LED itself after being mixed. Or it can be used in a separate plate that is placed in front of the bare LED bulb. In either case, phosphor must always be present for the LED to work in video applications.

Because LEDs used for video production must deal with a wide range of color temperatures, they either use simple conversion filters or have bi-color controls. Bi-color adjustment is achieved one of three ways: One, through the use of remote phosphor panels, each of which uses a different phosphor mix; two, through RGB LEDs that are mixed via a control; and three, through a mix of both daylight and tungsten temperature LEDs that are cross-faded to achieve the right Kelvin temperature. There are manufacturers who use each method.

Peter Plesner, founder of BBS Lighting in Copenhagen, Denmark, has designed lighting for major companies since 1999. He recommends separating the phosphor from the LED in separate panels and uses that method in his high-end LED lighting for studios. 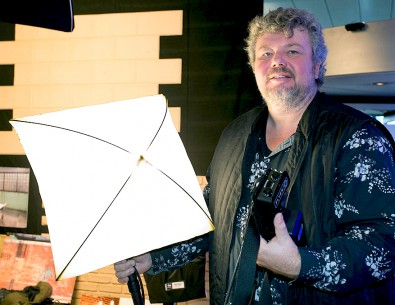 BBS Lighting fixtures incorporate the phosphor onto a separate panel, which mounts in front of the LED array. The objective is to get a more accurate color rendering.

Litepanels does it a different way. “We put daylight LEDs and tungsten LEDs in the fixture and then cross fade between the two,” said Ahmadi. “You are basically putting a daylight unit and tungsten unit into one housing and then you mix them. We then get the whole color spectrum and everything looks natural on the skin tones. All our bi-color units work that way. Because you dialing it in, you can do adjust color with the knob or remotely.

“You don’t have the issue where you have to get a ladder, climb up to the light fixture and take out and change the phosphor panels,” said Ahmadi. “What’s faster than using a knob?”

LEDs that use the RGB method allow mixing the light, but don’t look natural, Ahmadi added. “A founding idea of Litepanels was that RGB LEDs are not good because the red, green and blue LEDs are very spiky and there are gaps between them. They simply don’t look natural on a skin tone.”

You get what you pay for

These different and competing methods are between high-end LED light manufacturers — ones that make very critical lighting that must match similar fixtures in critical studio conditions. These are lighting fixtures that can cost over $1,500 each plus accessories and are designed for long-term, professional use.

Where it gets a lot dicier is with the much cheaper LED lights found from dozens of manufacturers (many unknown) at online and in video supply stores. These are often used by single video crews seeking lightweight lighting options at a low cost.

Plesner agrees. “With a good brand, you are buying more precision and less color shifting. Well-engineered LED fixtures offer much higher quality than cut-rate lights. There are some good dial-in lights out there, but when you dim the lights you can get color shifts,” he said. “One very important thing is the technical design of the cooling system. If you have lights made of plastic shells, the manufacturers don’t really worry too much about the cooling. When you turn on a light, one hour later it may be 50 percent of what you had initially.”

Buy after some hands on tests

“Today’s LED lights are basically like small computers. You have to test drive them. You have to see what the light looks like on a human face. Look at it through a camera with a good monitor. It might look right on one kind of skin tone and horrible on another. All this matters a lot.”

Unlike in the past, today some foreign factories are turning out many low-cost and uniquely branded LED fixtures. “A lot of these low-cost panels are based on the older five millimeter LEDs,” Ahmadi said. “Those are the same types of LEDs being used in Christmas tree light chains. There’s a very good market for Christmas tree lights two and half months a year. So they take the same LEDs for Christmas lights and pump out video lights the rest of the year. They then ask companies to take these lights and put their name on them.”

Another important issue with low-cost lights is the color temperature. The temperature claimed on the label is often not what you get. “A lot of lighting fixtures being sold as 5600K are no where even close to 5600K. When you measure them, they may turn out to be 6800K — a thousand kelvins in difference. That is insane,” said Ahmadi.

And, he added, you can bet that no two or three lights are identical. “They are gambling on the buyers not to knowing the difference. It also hard to get all the colors in any color temperature. That’s where you get into the better phosphors.”

If potential buyers are doing online research, he said, it’s best to look at the spectral analysis of the picture. “Look for any holes in there. Are there any gaps? Are there big dips? Are there deep reds in the image? That’s a crucial color in the spectrum,” he said. “Without it, your interview subject will look pale. If the light is not there, the skin can’t reflect it back. That’s a very basic element of lighting.” 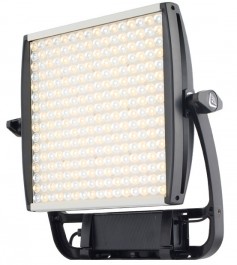 LED technology is changing fast, and buyers need to keep up with it. With Litepanels, the new ASTRA one-by-one LED panel is now using surface mount technology (SMT) LEDs. These LEDs are paired with custom-designed TIR (total internal reflection) optics and offer a light output that is up to four times brighter than traditional fixtures.

In the new Litepanels Sola 12 and 9 LED Fresnels, the fixtures feature COB (Chips on Board) technology. This is where multiple LED chips are packaged together as one lighting module. It saves energy and has a very long lifespan, while increasing the lighting area by ten times.

Change is coming fast and the phosphor and LED bulbs will fully integrate at some point, said Plesner. “In the years ahead, LEDs will be implemented in the more powerful lights as well. It will also take a big part of the HMI and daylight market. You will see bigger and bigger lights that are far more powerful.”

“Basically there are five or six big corporations in the world controlling what happens in the LED market,” Plesner said. “Once they start introducing new LED technology people will start applying it in new products.”

LEDs continue to get better in terms of intensity as well as color rendering, Ahmadi said. “The economy of scale — not necessary in the video industry, but in the use of LEDs overall in common consumer products — has made things a lot better even for our industry. The wide consumer LED market drives out specialty video lighting.”