As accomplished DoPs striving to do our best work, we can all achieve a lot more creatively if we insist less on perfect lenses. Veteran cinematographers have long understood that lenses have distinct personalities, with a very specific look and feel. In the same way an actor imparts his or her own interpretation on a film’s story, the camera lens contributes its own unique character and flare towards the most compelling visual story possible. 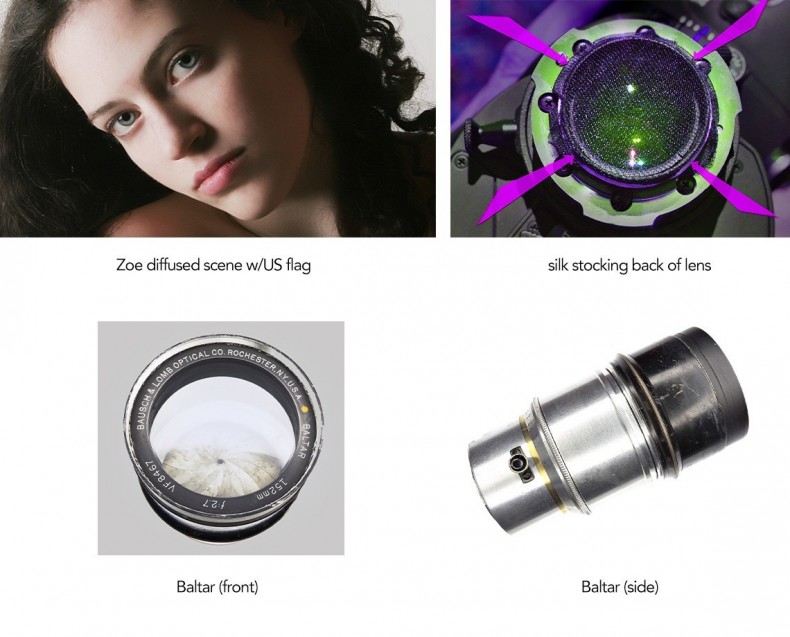 Over the years, we’ve used Vaseline, silk stockings, and various forms of diffusion, to lower contrast, reduce resolution, and increase flare – in short, do everything we could to make our lenses look ‘bad’. Forty-year old lenses, like the Bausch & Lomb Baltar gathering dust on a storeroom shelf, might be perfect for our story – even if the images they produce are far from perfect

The idea that imperfect images and lenses may be desirable is reflected in the many techniques used by long-time DoPs, like adding atmospheric haze or smoke to a scene, or placing a diffusion filter or silk stocking in front of the lens. These strategies, in their way, are intended to render images less perfect by reducing sharpness, contrast, and resolution. Sadly, some otherwise superb engineers preparing our work for broadcast, recognize the ‘compromised’ images and try to restore the ‘perfection’, by cranking up the detail level, for example, or applying increased noise reduction. All of which goes to my main point. 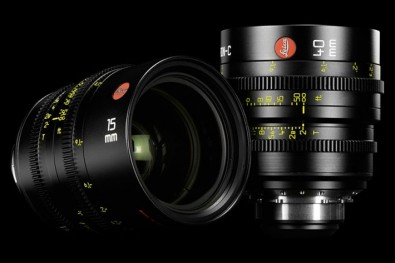 Aiming to produce the most perfect images possible, today’s top-end lenses must be manufactured much more precisely than their film-camera ancestors, where the film’s movement through a camera gate concealed many significant lens defects. Today’s rock-steady ultra-high-resolution sensor offers no such refuge. A vintage lens’ defects, large and small, are readily apparent. But then again, maybe it’s exactly the look look we want.

Today’s broadcast lenses have never been more perfectly free of distortion, breathing artifacts, and chromatic aberrations, so why are so many directors of photography demanding older, vintage, less perfect optics? Surely it can’t be only to infuriate the well-intentioned engineers laboring late at night facing mind-numbing deadlines.

Some purists claim of course that technically ‘perfect’ lenses are always preferable because we can quite easily and more prudently make images less perfect in post. Indeed, we can add diffusion, reduce saturation, and modify a scene’s look in almost an infinite number of ways on the NLE timeline, so why lock ourselves into an irreversible ‘degraded’ image in-camera?

The notion of capturing the sharpest most perfect images possible in-camera is flawed for many reasons. In the first place, image control ought to lie primarily in the domain of the DoP. Just as shutter angle, frame rate, and master detail (DTL) in-camera fundamentally affect the visual story, so do optics, perhaps more than anything else, impact the look and feel of our images. The post application of diffusion is a different animal completely, producing a more general, less organic look, compared to, say, the more flattering impression imparted by a modern on-camera diffusion filter like the Tiffen Satin or Schneider Digicon. In the end, the effect of many hard-to-quantify variables on set, like the strength and direction of a backlight, is impossible to simulate convincingly via a software plug-in. 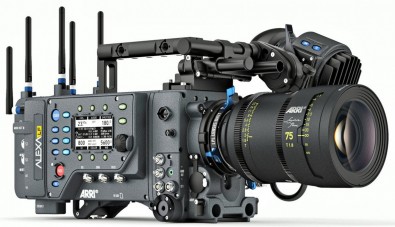 Today’s near-perfect digital cameras and lenses often require some degree of degrading to reduce their clinical unabashed look. We’ve done a similar thing in the cinema for years, and later, in the digital age in applications like After Effects, reducing the sterile look of images by adding noise and grunge, and other artistically-imposed imperfections.

Given the vagaries of old optics with their imprecise coatings and less than perfect glass, the look of vintage lenses can vary enormously from brand to brand or even among lenses of the same make and model. It is said the great Gordon Willis ASC zealously guarded the Bausch & Lomb Baltars he used on The Godfather. Sure, there may have been other sets of Baltar primes available at rental houses, for example, but they wouldn’t look the same. Truth is, on a large cinema screen, the camera lens contributes more to the visual story than any other single factor, including the camera sensor size, type, resolution, and pixel count. With the image magnified a hundred times or more, the attributes and deficiencies in a lens become plainly apparent. Now, with the advent of larger home displays, the same artistic considerations vis-à-vis lens choice apply to broadcast as well.

DoPs face an interesting paradox. On the one hand, vintage film lenses are far from perfect; in their day, these lenses didn’t have to be. The random nature of film grain, and the chattering impreciseness of a celluloid strip rumbling through the camera gate, effectively concealed most serious lens defects like chromatic aberrations. Today, old film lenses present a much different story projected onto a ultra-high-resolution digital sensor. Lens defects that were barely noticeable decades ago are woefully obvious now on a stationary 4K target. On the other hand, and this is key, a vintage lens with a boatload of problems – softness, low contrast, and off-the-charts coma - may be exactly the right lens for our story.

The great American director Sidney Lumet once famously asserted: Story is the conduit through which all technical and creative decisions flow. The perfect lens, thus, is not necessarily the sharpest lens around, with the least amount of flare and the best contrast. It is the one that best captures and communicates the director’s vision - and visual story.

There is another reason for DoPs (and parsimonious producers) to look at vintage lenses. Cost.

Some vintage lenses can still be routinely had on eBay or GumTree for next to nothing. Shooting a WW2 period film? A vintage lens with a soft, pastel look from the 1950s or 60s, might be perfect. A 1980s vintage Cooke 9-50mm T2.5 Varokinetal produces fabulously warm, low-contrast images that may be ideal for such a period project. The Cooke, designed for 16mm cine applications, can be had in decent shape and fitted with a PL mount for about $1500. 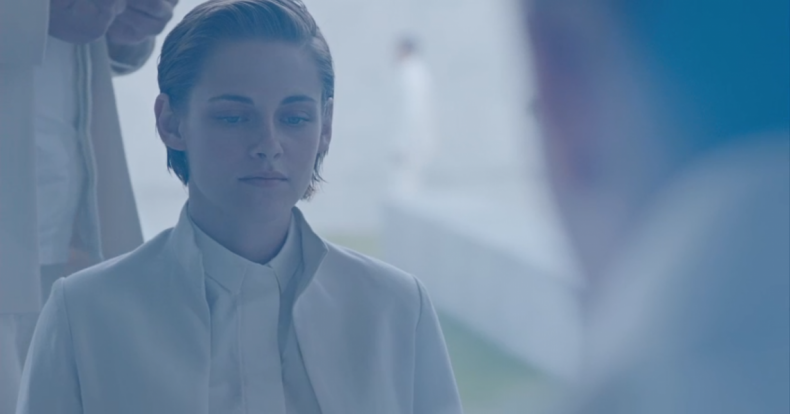 It’s important to recognize the advantages and disadvantages of working with film lenses in a digital environment. Vintage film lenses typically look soft and lack good contrast, and so may infuse a dreamlike quality. In this screenshot from Ridley Scott’s Equals (2015), the coatings have been stripped from a film-era Zeiss Super Speed, yielding a low-resolution, desaturated image, with plenty of flare - just what was needed to convey the feeling of a future sci-fi world.

Old Russian Helios lenses from the communist era (pre-1989) also present interesting possibilities for DoPs. Crudely constructed, some model Helios lenses contained an array of semi-transparent filaments to maximize flare and create a custom look. Today, the lenses fitted with screw-in mounts can still be found for less than fifty dollars in some parts of the world, especially in Eastern Europe. The screw-in mount has the advantage of easily adapting to a modern EF or PL type mount.

Unfortunately, the price of vintage glass in good condition is rising, as savvy, frugal DoPs rediscover old gems like the Mamiya medium-format lenses from the 1970s. Other vintage optics, most notably from Leica, currently sell for more than their modern versions. Old series M-type 35mm Summicrons, without the aspheric element, for example, sell for almost twice the price. For many photographers and DoPs, the latest Leica ASPH lenses offer up images that are too clean, too sharp, tooperfect.

Suffice it to say, what constitutes a pleasing aberration, and not a lens defect, cannot be gleaned from a Chroma du Monde reference chart. Modern lenses are great if we need technically perfect images, but in many ways, older less perfect lenses render images more like how we perceive the world to be.

To DoPs with more than few years under our battery belts, vintage lenses produce a more three-dimensional look compared to newer-generation optics that feel more clinical. Bear in mind that the tack sharp rendering of modern lenses is often exaggerated by digital sensors; the complex processing and high compression downstream contributing also to skin tones that are too harsh and brassy, and far from ‘perfect’.

Decades-old lenses should be cleaned, lubricated, and adjusted (CLA) before actually using on a production, as they almost always contain significant internal haze from improper storage, fungus, or evaporated lubricant. The murkiness is not always obvious to the eye, but may appear nevertheless on screen. If investing in a vintage lens, be sure to figure in the cost of a proper CLA. In many cases, the investment in old lenses, however esoteric and imperfect, isn’t worth it.