Although there continues to be some debate about whether the industry as a whole will embrace a next-generation television broadcast standard, dubbed ATSC 3.0, due to a number of technical and financial hardship hurdles (for both broadcasters and the consumer), several live demonstrations of the proposed standard’s capabilities continue to be staged at various industry gatherings. The latest such demonstration is occurring this week at the 2015 Consumer Electronics Show (CES) convention in Las Vegas.

A UHDTV “4K” transmission signal is being sent to the Las Vegas Convention Center and displayed on new Samsung 4K televisions as well as smaller mobile devices. The Comark LPTV-8000 low-power transmitter, located in the Black Mountain, Las Vegas area, was specifically installed for the event. The solid-state transmitter (which is in use both domestically, ATSC, as well as for international markets, DVB-T2) includes the company’s proprietary VORTEX exciter, the latest generation of high-end modulator/exciters designed by TeamCast (based in Rennes, France).

“We are proud to contribute to this over-the-air demo, which constitutes a clear recognition of the openness of our exciter family towards new digital transmission standards, such as the future ATSC 3.0”, says Eric Pinson, Business Unit Manager at TeamCast. “It’s a great opportunity for us to illustrate in real operation our new VORTEX product range, designed to support both ATSC 1.0 and proposed ATSC 3.0 on the same platform, providing the maximum flexibility for broadcasters for transition and simulcast,” adds Pinson. 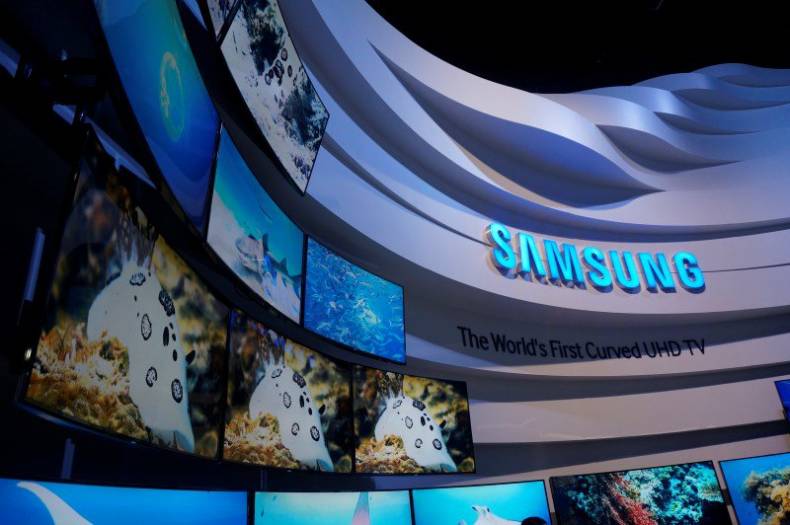 Sinclair Broadcast Group, one of the main developers of technology that might become part of the 3.0 standard when it is expected to be ratified sometime in 2017, first tested the technology at one of its stations in Baltimore in 2013, using the OFDM DVB-T2 modulation scheme. The new standard is not backwards compatible with current TV broadcast technology, requiring broadcasters to buy new exciters for their transmitters (and maybe new, smaller but more powerful RF transmitters) and consumers to buy new tuner/reception devices or TV sets.

Both ABC and CBS have come out publically to state that they are still considering whether to move to the new broadcast system or not. Proponents of the next-generation standard say the industry has to move to a new infrastructure that facilitates not only traditional broadcast TV but also mobile video delivery. Single frequency networks, made up of smaller towers circling a market coverage area, are being considered, but zoning regulations would have to be overcome in many markets.