Car Crash TV, Episode 3. Try not to laugh about these unfortunates’ misfortunes. 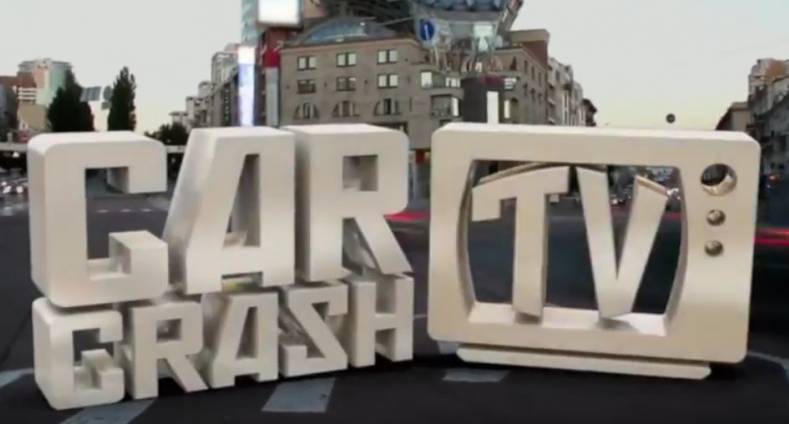 In the first installment of this article series, we investigated a solution to the post-production editing challenge offered by Avid. Now it is time to see how a prominent facility puts that technology to work.

Based in the heart of MediaCityUK in Salford, northwest England, is production house dock10. The facility is known for producing everything from popular TV shows and sports matches to cutting edge VFX-based commercials and corporate videos for leading brands.

I interviewed Jon Hatto, senior technologist at dock10, and asked him about his work with Avid’s MediaCentral | Cloud UX a remote editing and production suite. Hatto first noted that the facility has conducted multiple pilot studies for the BBC on the Avid solution. The goal for the BBC was to become more involved with major event coverage, but without the traditional cost of moving staff and equipment to remote locations. Everyone wants to be more efficient he said.

One project involved a Euro soccer competition held in Paris last year. The business case goal was to minimize travel expenses and equipment transport costs with this live program. This looked to be a perfect early test case.

“We tried to limit our kit to a couple of internet connections and edit systems carried to Paris while all the main hardware stayed at MediaCity,” Hatto began. “We had two production editors in England with all the Avid storage and high rez content held in Paris.”

While the BBC staff editors and production teams worked with the content in Salford, they could dial into the proxy material in Paris. Only the high resolution HD footage needed to be pushed back to the MediaCity facility for conform into the final version.

Initially there was concern about the inability to do live edits while the EVS servers were busy recording. Hatto’s team discovered that as long as they stayed three or four minutes behind real time they could indeed proceed with the editing process uninterrupted. 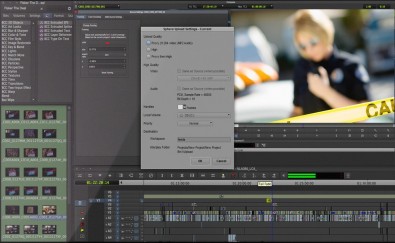 “That was sort of a bonus,” he recalls. “The workflow study the BBC wrote up proved that they did not have to set up temporary edit suites for a major event and send out whole production teams to a location shoot, but could instead stay at their local facility and use remote editing capabilities to bring the project home.”

dock10 used a similar configuration for a reality TV program. “We had a workflow involving a comedy writer in South Korea who was writing for a project being done in our MediaCity facilities,” he said.

The program, titled “Car Crash Television,” is based on dash cam footage recorded in the Ukraine using a writer based in South Korea and editors located in the UK. The logistical diversity of such resources, which need to come together, emphases the benefits offered by remote editing capabilities.

“Actually, the time difference worked to our advantage since we’d shoot sequences one day and overnight the rough cut to South Korea where the writer would compose the script against the video during their daytime over there. The next morning in the UK we’d get his script and carry on voicing it against the video. It really cut down the production time.”

One example of the efficiency is the system’s ability to support off-site reviewers. When faced with 10 hours of rushes that need to be culled to an hour, it could take a day or more to get everyone’s approval and comments. Now the staff can view them on their phones or iPads, no matter where the worker is located. This greatly speeds the production process.

Hatto said the company would like to introduce a service based on Avid Interplay and MediaCentral that could offer clients remote access to their own source material. Every production at dock10 is now assigned a MediaCentral | Cloud UX log-in. This kind of tracking allows managers to monitor every project as it moves through the various stages of production. “Remote editing is letting us virtualize more and more aspects of our post production services,” said Hatto.

Editor note: Part one in this two-part series, Cutting on the Go: Remote Editing - Part 1, can be found at the link below.