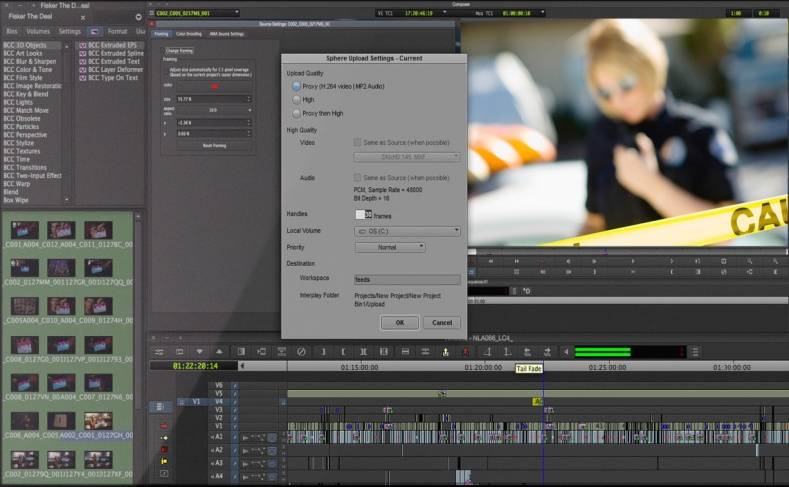 In today’s fast-pace media world, content often needs to be edited where the content is being produced. A workflow has been developed by Avid that supports an off-site, high-end post production workflow. All the editor needs is an adequate internet connection.

Avid has actually been working on this idea for several years. In the Fall of 2012 the company released Interplay Sphere. The product connected Media Composer to a remote streaming service that could play media from Avid storage as a real time stream through a plug-in.

That product has gone through several name changes and now is available as Media Composer | Cloud Remote. You log into your home facility from the remote location and, using Media Composer software, cut sequences using either media stored back at the home base or shot on location.

“What’s great about that is the editor can mix remote and local footage in the foreground while at the same time uploading in the background new material that has been shot in the field,” Ian Krabacher, senior principal product designer at Avid, told The Broadcast Bridge. “Or, if a package has been cut for the 5 O’clock news it can be uploaded to a playback queue through a delivery service without disturbing the current ongoing editing.”

The system is built on Avid’s MediaCentral | Production Management Module that resides at the home facility. Although multiple editors can work on the same project simultaneously and everyone in the workflow can view it, only one editor can cut a given sequence’s timeline at any time, thereby eliminating read/write conflicts. 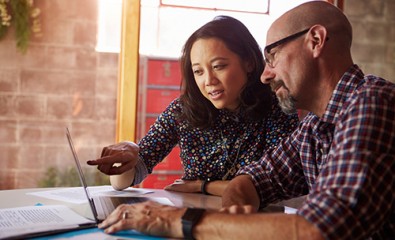 In the broadcast and movie industries, collaboration is key but data risk is high. Teradici’s PCoIP technology allows staff to work collaboratively from anywhere, knowing that sensitive information never leaves the datacenter and work can never be lost or stolen.

“It also works very well with the Microsoft Azure cloud service,” Krabacher continued, ” making Media Composer | Cloud VM easy to set up. A Virtual Machine can be either inside your dedicated facility or in whatever work bay it is needed. This fungibility lets you maximize the efficient use of floor space, air conditioning, and power allocation.”

With MediaCentral | Cloud UX, editors can search through clips and combine them into a sequence that can then be shared with others on the system.

“This toolset may be better suited to a show runner, a producer, or even a PA who doesn’t want to learn the intricacies of Media Composer but wants to put together a sequence of selected shots,” Krabacher said. “It doesn’t need a whole workstation, just a browser on a cell phone will suffice for MediaCentral | Cloud UX.”

You can even add up to five audio tracks. If your sequence is just destined for a social media site, or a review conference session, MediaCentral | Cloud UX may be all you need.

“We have tens of thousands of people today already cutting from a browser with this system,” Krabacher said. “With this three pronged approach, we feel that Avid has quietly been providing more remote editing capabilities than any other company.”

In our next installment we’re going to meet the folks at dock10, a UK leading television facility. The station staff will show us how they use this technology from a variety of off-site locations to produce content daily.