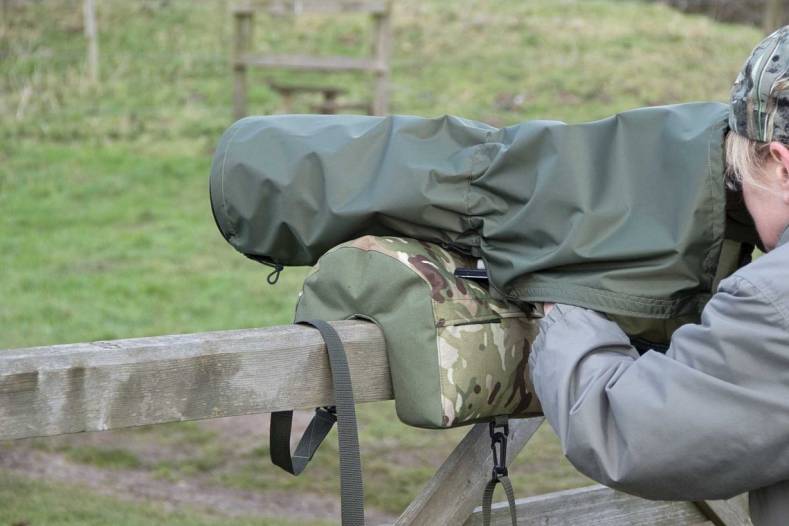 The bean-bag tripod is a stable in most camera person's kit.

As long as there have been cameras, there have been tripods. In it’s basic form, a tripod is camera support. But, as cameras have gotten tinier in size over the past few years, tripods have morphed into new devices that would have not been recognized only a decade ago. 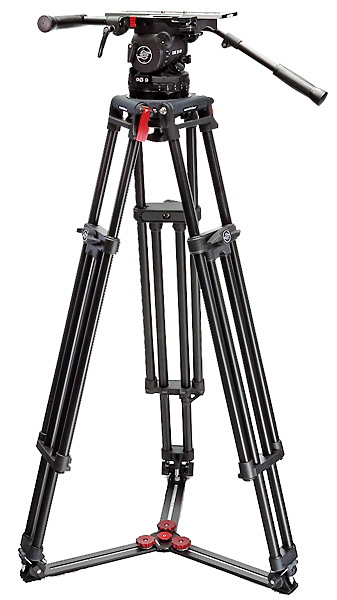 Tripods are not new. In fact, they are much older than videography and photography itself. The first tripods arrived in the 17th century and were named from the Latin word — tripodis — which is a three-footed device.

Though tripods have been used to support a wide range of devices, in both motion picture and still photography they prevent camera movement and provide stability. In video, they also offer steadiness at a desired height. Tripods also reduce camera shake and are instrumental in achieving maximum sharpness. 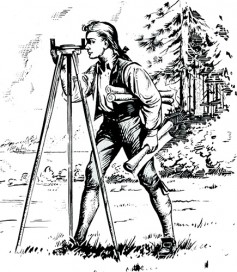 Traditionally, most tripods employ collapsible telescopic legs with a center post that moves up and down. To further allow extension, the center post can usually extend above the meeting point of the three legs. A head is mounted to the top of the tripod, usually with a detachable plate with a thumbscrew to mount the camera.

The head connects to the frame by several joints, allowing the camera to pan, tilt and roll. Most video heads are the fluid type for extra smoothness. The head usually attaches to a lever so that adjustments to the orientation can be performed more delicately.

Why beanbags? Because beanbags enable the operator to cradle a camera and lens on almost any surface, regardless of how smooth or rough it is. And, in our increasingly mobile culture, beanbags stow away easily and are light enough to pack along on trips. One company, Kinesis, even sells buckwheat hulls as an environmentally friendly filling for its beanbags. 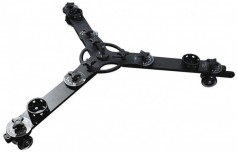 Another device that enables an operator to shoot 360-degree radial or straight-line video with or without a tripod is the Digital Juice Orbit Dolly ($839.50). Featuring three-inch polyurethane casters, the 22-pound dolly is machined from 0.5-inch black powder-coated aluminum stock, and can support camera systems weighing up to 300 pounds. Camera movements can be captured from ground level, or attach a tripod for shooting at higher points of view. 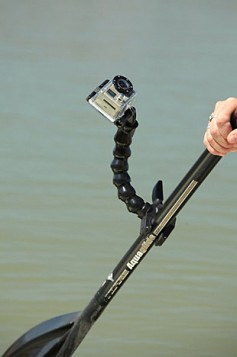 Another is Dinkum Systems ActionPod PRO ($36.99), a 10-inch A-clamp style camera support capable of supporting upright loads of up to four pounds. It has a flexible seven-link gooseneck arm with a ¼-inch-20 threads on the end for the camera. Mountable onto surfaces up to two inches thick, the arm on the system can be extended by adding additional ¾-inch links to its standard 10-inch arm. 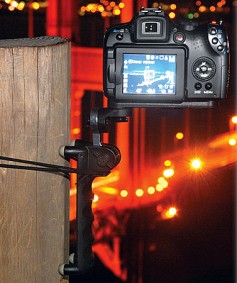 For flexibility, use HandlePod's Camera Handle/Tabletop Quadpod ($29.95), a simple device that allows the securing of a camera manually to a pole, wall, countertop or other surface by either holding or lashing it in place using the included elastic cord. 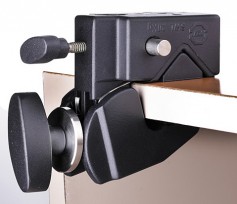 Another convenient device is the Impact Super Clamp with T-Handle ($19.95). Screw a small ball head onto the clamp and the user has a camera support that can be clamped onto a railing, post, 2 x 4, branch, handlebar or anything else less than two-inches thick. This device is convenient for supporting camera/lens combinations weighing up to 33 pounds.

Add a set of adjustable, heavy-duty jaws to an Impact Super clamp and you get an Impact CC-125 Adjustable Gaffer Clamp ($31.95). Featuring dual baby …-inch studs and rubber-coated protective jaws that can be adjusted from 0.98 to 2.55-inches, Impact™s CC-125 can be adapted to accept a tripod or ball head for supporting a mid- to heavier-weight camera/lens system (or lights) to just about anything you can wrap its jaws around.

Kirk's Low Pod Camera Support ($160.00) measures 13.5 x 10.5-inches and featured a threaded …-inch stud for mounting a ball head. It was designed for supporting a camera low to the ground and is ideal for macros shots. The platform is made of aluminum, weighs 2.15 pounds and has a handle for easy transport.

Manfrottos Super Clamp with 056 3-D Junior Head ($87.37) is a versatile tool that holds just about anything, including cameras, lights, umbrellas, hooks, shelves, plate glass, cross bars and even other Super Clamps. In turn, the Super Clamp can be securely mounted on any tube from 0.5 to 2.1-inches. A built-in socket allows the use of over 30 attachments to hold anything from backgrounds to lighting fixtures.

Also the Manfrotto 355 Table Mount Camera Support with 234 Tilt Head ($50.22) can prove equally handy with a temporary makeshift camera support when shooting in the studio or on location. The flat surface of the 355 features three machined holes for threaded mounting screws. 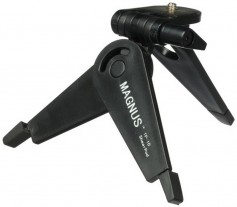 The Magnus ShearPod Compact Tripod ($6.95) folds up like a pair of shears when not in use. For smaller cameras, these small folding tripods are no-brainers for traveling and photo outings. If a camera mount is needed on the hood, fender, bumper or windshield of a car, boat or plane, the Delkin Fat Gecko is a good choice. It's available in single, double and triple suction-cup configurations. 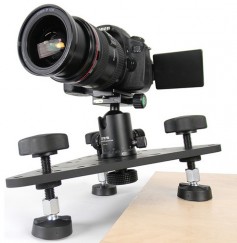 Finally, the Matthews The Wedge Portable Camera Mounting Device ($177.50) is a low-level POV camera support. It is triangular, with 11-inch flanks and is about …-inch thick. It has three adjustable legs with floating, self-leveling feet. The Wedge features a half-dozen each of ¼-inch-20 and …-inch holes (tapped and untapped) for adding accessories and tie-downs.

This summary of devices only scratches the surface of camera mounting options available today. Small companies are constantly funding dozens of new ideas on sites like Kickstarter. Though the need for camera support gear has not gone away, the compact size of imaging devices have opened the door to a wide range of new creative choices that are developing almost daily.