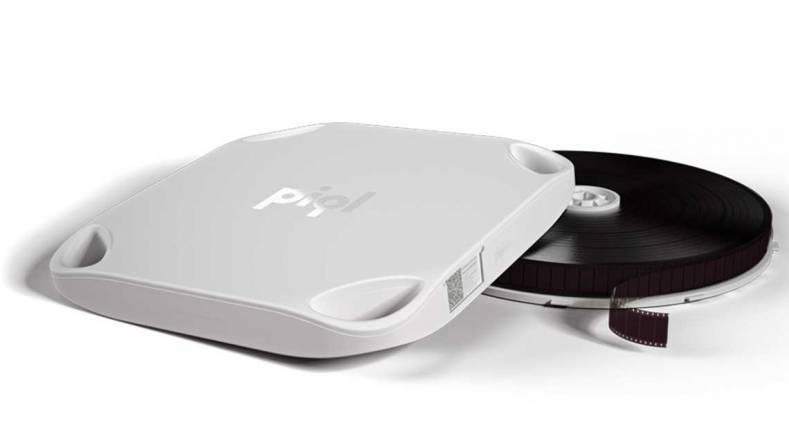 The PiqlBox and film storage package is rated to last 500 years.

Stone, papyrus, paper.. the history of recorded information suggests that a physical medium has the best chance of long term survival. It’s a problem that Hollywood studios continues to grapple with by retaining archival film prints of movies in the knowledge that, contrary to digital, optical or cloud-based formats, it will safely last a century. The BFI’s Master Film Store in Warwickshire is a giant fridge capable of housing 450,00 film canisters – the sum of UK film heritage. Most film releases also receive a digital back-up, usually on LTO, from which the data requires periodical migration to new tapes. While LTO could feasibly last several decades, work is afoot to find a longer lasting format which doesn’t require human intervention, potential technical read/write obsolescence or run the risk of data decay.

A new solution could have solved the riddle by storing digital files on film for up to 500 years Piql is the result of five years and €20 million R&D, supported by the EU and the Norwegian government.

“We use a very high resolution micrographic film with polyester base, which is more chemically stable than nitrate,” explains MD Rune Bjerkestrand. “Many studies have been made for prediction of the long term stability of polyester based media. As an example, Image Permanence Institute (IPI) have run studies that predict a lifetime of about 1200 years. We use Norner for independent lab analysis, and their longevity tests confirm a life expectancy of at least 500 years when stored under normal ISO recommended archival conditions.”

Piql may be better known under its older brand Cinevation but it still markets the digital film printer, Cinevator, which gives it a strong calling card in Hollywood.

“We have presented the technology to several companies and at industry conferences such as the Reel Thing and SMPTE in Hollywood this fall, and the response is very positive,” says Bjerkestrand. “We are in discussions with several companies, but unfortunately we cannot reveal any names at this stage.”

It uses a high-precision industrial grade data recorder 'piqlWriter' so split the digital files into frames of binary codes. These frames look like QR codes, and Piql apply the same error correction methods as most other digital storage technologies, to ensure the integrity and accuracy of the preserved data. Metadata can also be added in digital and/or human readable format. 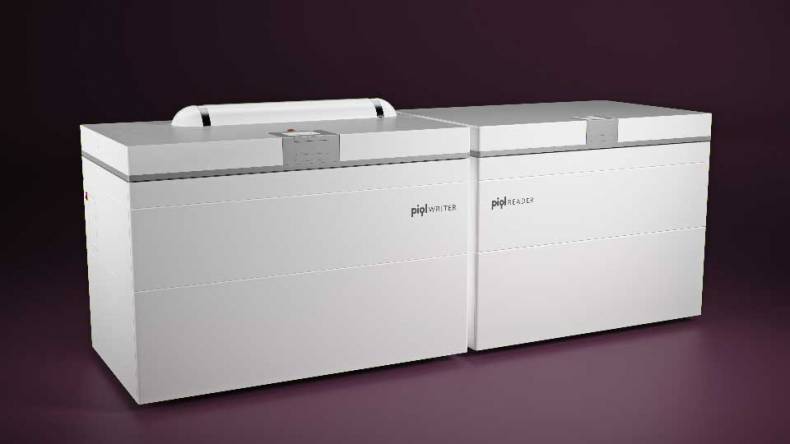 The Piql Reader and Writer unit

The company says that hardware failure is the most common cause of loss of data with more than 1 in 10 hard drives failing in four years. To keep data alive and data migrations are needed every 3-5 years yet the process of transferring data from one physical media to another is expensive and risks data loss. With the volume of digital data doubling ever two years (source: IDC) “we have a never ending spiral of digital migrations which gets more costly and time consuming over time.”

“It has been very important for us to develop a solution that ensures long-term accessibility to the data with no specific technology or vendor lock-in,” explains Bjerkestrand. “There are several options for future read-back. We use our own piqlReader. However, customers can actually use any other compatible high resolution digital scanner or camera. Our software is open source, and all information needed to decode the data is available to those that might need it sometime in the future.

“The source code for the decoding software is stored on the film at the beginning of the reel in both human readable and digital form. File format specification for preservation formats will be also written on the film in both human readable and digital form. In this way, in a disaster recovery scenario, only a light source, a camera/scanner and a computer will be needed to restore the information.”

The company is building a network of Piql Partners to provide a managed service, Piql Preservation Services, to data owners globally.

“We have developed a turnkey solution for digital preservation, with all equipment needed for writing, storing and reading back data. However, data owners do not need to make any investments in equipment, they simply pay for data volume preserved. They send their files to their nearest Piql Partner, who does the job of writing the data onto film. The Piql partner can also offer storage and different solutions for future read-back.”