As the TV industry began to mature, electronic innovation peaked in decades with fundamental changes, such as solid-state and digital.

Is the TV industry due for the next big thing?

The universal clue to the most significant technology trend affecting modern television today begins with a riddle: Who can get their family to sit together and watch a TV show or a movie without someone turning to their smartphone for a better entertainment alternative? Me neither.

TV displays will continue to get bigger and pictures will get better, but many viewers don't have the time, patience, or space to sit in front of a big screen. Today's 'anytime anywhere' lifestyle is driven by ever-growing numbers of wireless hand-held devices displaying more TV content to viewers.

TV content has always used the theatrical ‘one-to-many’-style audience model. By design, the basic tone of television and movies is for groups of people sitting together, simultaneously watching and reacting to the same screen. That's why stages are common to theater, film and TV. 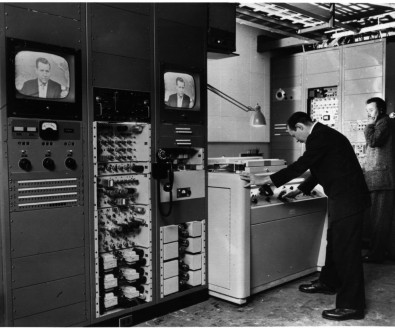 The first network use of the new AMPEX VTR by CBS to tape delay newscasts to the USA West Coast, circa 1956.

Smartphones and tablets are turning the TV audience into a ‘one-to-one’ personal experience, like the radio audience model with earbuds, as it's like someone talking in your ear. Because of this global shift in viewing habits and viewer dynamics, the mechanics and techniques of TV broadcasting and video production are adjusting to make TV more personal. ATSC 3.0 is a good example.

The best way to see where TV is going, is to identify the technical milestones that made it what it is today. The following list is my humble opinion. It is primarily based on the most exciting original products that often debuted at annual NAB Shows and the significant new trends they set. It also is the source of the data used to generate the chart at the top. Notably, some years (and NAB Shows) aren't worthy of note. 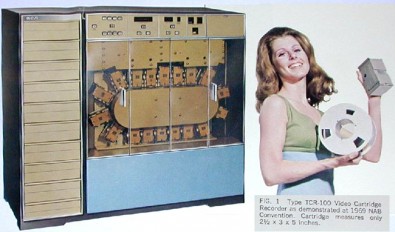 The next big thing?

Based on the cycle of trends the chart shows, the next big change appears to be another decade away. But, broadcasters know to never say never. That's what makes broadcasting fun. Some of the best new technology may have already been invented, just waiting for the right person and circumstance to bring it to life. 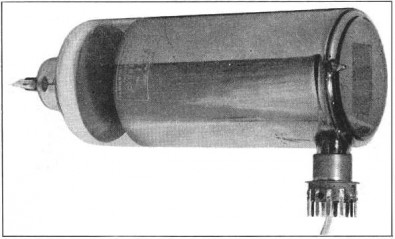 The first electronic television camera was built around the Farnsworth Image Dissector tube.

In fact, the latest technology for today's TV broadcasting began as experiments more than a century ago in the labs of radio inventor Guglielmo Marconi, and separately in Nikola Tesla's labs. Years later, Marconi and Tesla faced off in the US Supreme Court over radio patents. Both got some credit.

Nikola Tesla did more than help invent and implement alternating current and RF. He invented the poly-phase AC induction motors as used today’s Tesla autos, the famous similarly-named electrical coil, and remote control by radio. He also helped design Niagara Falls. What's that got to do with modern TV? He is credited for experimenting with devices combining telephony and primitive digital data in the early 1900s. Today we call those concepts IP and wireless.

Bing Crosby was a world-famous singer and movie star, and a visionary whose trade relied on magnetic tape and magnetic stripes on film. Film had to be developed and printed. Magnetic tape was instant and could be reused. When the first local commercial broadcast TV stations began signing on the air, his company built the world's first videotape recorder in 1951.

These iconic people and a long list of other technology pioneers, likely and unlikely, helped build a culture and industry worldwide that has become a part of nearly everyone's daily life. Being a part of making it happen for people is the other thing that makes broadcasting fun.

Here's something to consider the next time you walk the crowded exhibit halls at an IBC or NAB Show: Is the young next Philo, Bing or Nikola touring the exhibits too? Did you just walk past a future innovator? Could be. Timing-wise, the TV industry seems to be just about ripe for the next milestone.