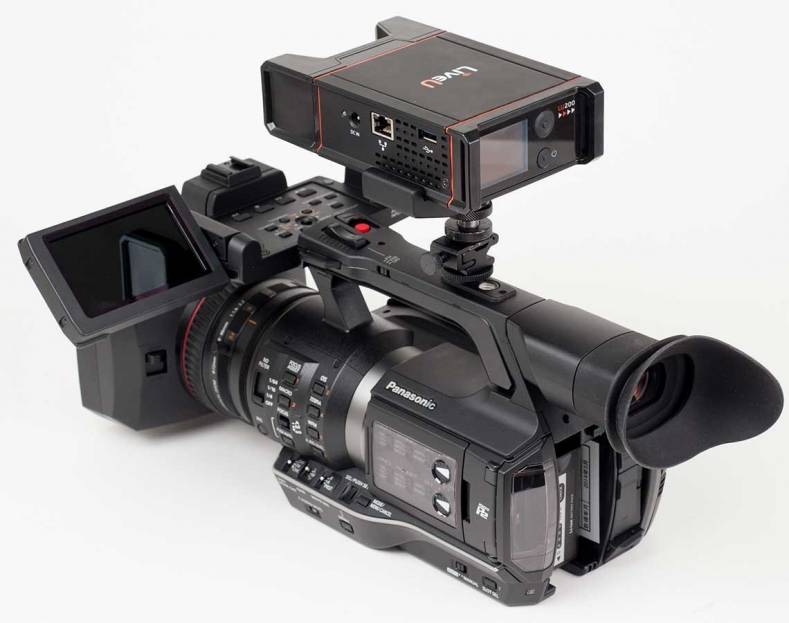 Panasonic P2HD cameras like the AJ-PX270 will be fitted with LiveU cloud upload, content and remote management functionality

The IP wave has broken on the shores of wireless connectivity as several pro-camcorder manufacturers announce cloud-integration capability removing the need for traditional video uplink. This workflow particularly benefits ENG and electronic field production for store and forward media transfer or streaming live to air from sports or news events and taps into the maturation of cellular networks which are enabling a more secure and lossless signal transmission with lower latency. That said, 4G network coverage even in western Europe lags some way behind that of the U.S. which makes hybrid systems combining cellular channels and satellite links of necessity for most news-gathering services.

Panasonic has continued its longstanding relationship with LiveU by connecting its P2HD series cameras to LiveU's cloud-based management system.

Panasonic is the first vendor the cellular bonded links provider has worked with in this regard although LiveU VP Marketing, Ronen Artman says it is talking with Sony and Hitachi, both of whom it has partnered with previously to incorporate LiveU uplinking kit.

LiveU Central is a unified management system launched in 2012 which allows broadcasters to acquire live and recorded content from the field, preview it centrally or remotely, broadcast it live or in scheduled programming and distribute it to any location.

In essence, LiveU Central becomes the hub for video ingestion for new releases of Panasonic cameras such as the AJ-PX270. Further developments are expected at NAB 2015.

“Our ENG cameras have evolved so that we can now create high quality video at low data rates using P2 AVC-ULTRA”, said Kunihiko Miyagi, Director of Professional AV Business Unit. “By collaborating with LiveU we can realise live transmission and file transfer on to a world renowned site, making our customer’s workflow more efficient.”

“LiveU Central is already integrated into the Master Control Room workflow in a way that Panasonic understood,” explains Artman. “It gives news producers the ability to control LiveU units and satellite contribution through LiveU's backpacks and hybrid solutions, remotely from any web browser. Services include the point-to-multipoint distribution of content and the geo-tracking of all LiveU systems, feeds and apps from anywhere in the world via the LiveU Central management system. Then, there’s DataBridge. This is a powerful mobile hot-spot that offers resilient mobile broadband connectivity for any device in any location by bonding together multiple cellular and other data connections.” 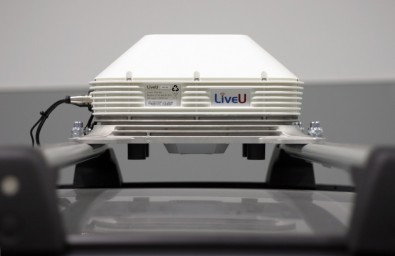 LiveU backpacks are connected wirelessly (up to 1,000 ft/300 meters) or via Ethernet to the Xtender antenna that sits on top of BT Sports cellular-based ENG fleet

“Previously, ENG crews and professional videographers had to integrate various devices like encoders, wireless setups and video transport devices at the shoot in the field,” says Gustav Emrich, JVC’s European Product Manager. “It is inevitable that functionality, that has until now required separate devices, will be integrated into a new generation of mobile professional cameras.” 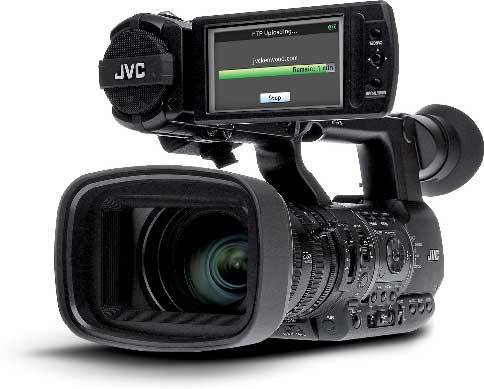 With Zixi's technology, the GY-HM650 unit supports bit rates from 200kbps to 8Mbps to maximise bandwidth capacity while an error correction tool is claimed to handle up to 30% packet loss.

“If a journalist is in a remote area like a desert and the only connection is their satellite phone where the maximum data connection is 255kb then 200kbps is good enough,” says Emrich. “You must have good audio and this is prioritised but the video could be SD or even lesser resolution which is good enough for breaking news.”

The GY-HM650 not only supports live video streaming at various bit rates it simultaneously records a full HD file to an SDHC or SDXC media card.

JVC also partnered with Wowza Media Systems to give producers another instant streaming option over GSM and Wi-Fi networks.

“The demand for live streaming from the camera is very high in the US, particularly among state and local TV networks which are budget conscious and need access to live events but can't afford satellite uplinks,” says Emrich.

Some 19% of the US has 4G network coverage compared to just 2% of Europe (source: mobile operator trade body GSMA).

“In Europe live streaming from cameras in the field is just starting up,” says Emrich. “There is a demand for sure, but everything related to provider's infrastructure and in terms of network coverage and rollout of 4G LTE Europe is far behind the US situation. Even in Germany if you stray too far from a major urban centre connectivity will fall away.”

Other camera manufacturers offering live stream functionality include Canon whose latest camcorders XF205 and XF200 are IP-enabled, with Wi-Fi and Ethernet LAN allowing direct or wireless connection to mobile devices. Functionality further includes camera control, remote viewing and the ability to transfer files via FTP without additional software. A new CameraAccess function allows lower quality proxy files to be streamed to another device via Wi-Fi, improving the speed at which content can be shared.

Sony’s wireless camera adapter (CBK-WA100 and CBK-WA101) is now integrated with Teradek’s T-Rax and Slice H.264 decoders for HD, point-to-point transmission over IP from the field.

The adapter connects directly to a camera and allows XAVC proxy files to be saved on an SD card in the adapter. The adapter is able to upload the proxy and the original content via 3G/4G/LTE/WirelessLAN to a broadcast station, on premise server or a cloud environment. The adapter will support the live streaming capability from early 2015.