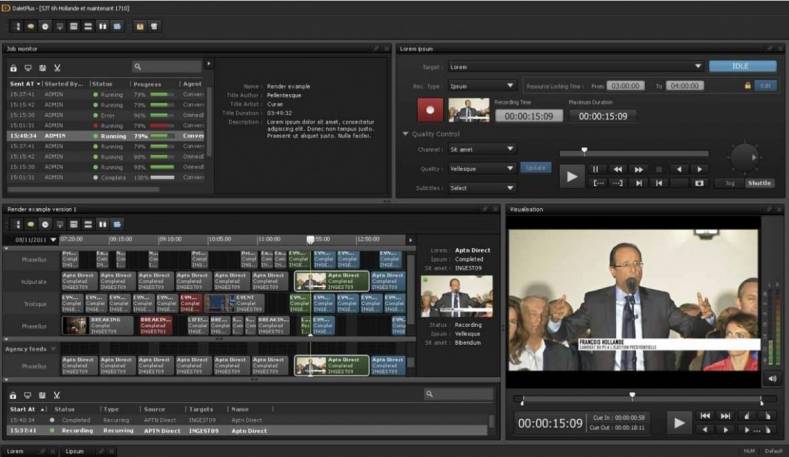 ​Media asset management vendors are having to evolve as workflows move to the cloud. One way they are doing so is to segment part of their product offer into orchestration but – just as with MAM - it’s not entirely clear that everyone means the same thing when they use the term. The Broadcast Bridge asks a number of MAM vendors and consultants for their view on whether orchestration is a MAM by any other name.

According to Niall Duffy who is CMO at Virtual AI and formerly Head of IT & Workflow Solutions at Sony Professional Solutions Europe, one could be forgiven for mistaking that orchestration and MAM are one and the same as most of the MAM vendors see workflow as a differentiator and are embedding it in their tooling.

“However, a MAM vendor’s workflow tool is highly localised – that is, managing orchestration around their MAM as a core,” he says.

According to Cantemo CEO Parham Azimi, Orchestration is an important and integral part of a MAM system, but it is not a MAM system. “It gives MAM the flexibility to be adapted to different types of workflows and automation functionality, but MAM does so much more than just orchestration,” he says. “MAM brings to the table the ability to understand media content, making it possible to apply complex rules, for example, as well as making that content easily discoverable. MAMs also deliver the intuitive user experience, making them easy to use.”

Jeremy Bancroft, who runs consultancy Media Asset Capital also sees ‘orchestration’ as workflow management and automation, which is a component on MAM solutions rather than a replacement.

“This requires integration with other platforms (development, newsroom systems, playout automation, CMS, VOD platforms, storage management, video processing). This integration is best delivered through some form of Enterprise Service Bus. This has been the ‘holy grail’ of media and broadcast, but with so many disparate systems and methods of integration, it has been, and will remain, a huge challenge.”

Jay Batista, who is the General Manager in the U.S for Tedial suggests that ‘Orchestration’ really compares to business process management, the human workflows that are connected to MAMs.

“A lot of companies call this workflow process orchestration but what they are really talking about is the library to human interface and how a system arranges their working operation to streamline the required steps and manage inevitable non-standard demands, while supporting a solid failure escalation mode and the ability to recover very quickly from disasters.”

Of course, it all depends on which vendor you talk to but there are similarities. In essence, orchestration starts to push media through a wider number of tasks via automation that may ultimately stretch from ingest through transformation and all the way through to playout – ideally within a single name-space of converged storage.

“Orchestration may use software and physical hardware controlled through a single interface that is more comprehensive than most MAM systems currently do today,” says Ian Brotherston, CEO at media services company TVT. “This is not a criticism of MAM vendors for not having this capability but a reflection that we are still in the early days of true interoperability between physical and file based workflows and not everything is fully IP centric. You’d be amazed how many tapes we ingest every week! Orchestration, or automation if you prefer, is the goal to upgrade most manual processes as it should, in theory, be quicker, less prone to error and scalable which, in turn, should lead to efficiencies and, ultimately, cost savings.”

Duffy argues that the biggest change to orchestration is real world adoption of AI (and AI related) tools. “For example, Robotic Process Automation (RPA), is proving to be more effective than heavyweight integration platforms/workflow engines because it fits well with the existing manual human based processes,” he says. “It’s a lot easier integrating with an ageing legacy system using RPA (which mimics user interaction) than writing an adapter and attempting to orchestrate on a workflow engine.

Already we are seeing AI/Machine Learning being applied to image analysis for automating video workflows on QC and compliance with the very real potential of automating some video editing tasks. These must be independent of a MAM because they cover a much broader set of activities, and I can easily see a model where its robots who are the main users of MAMs rather than humans.”