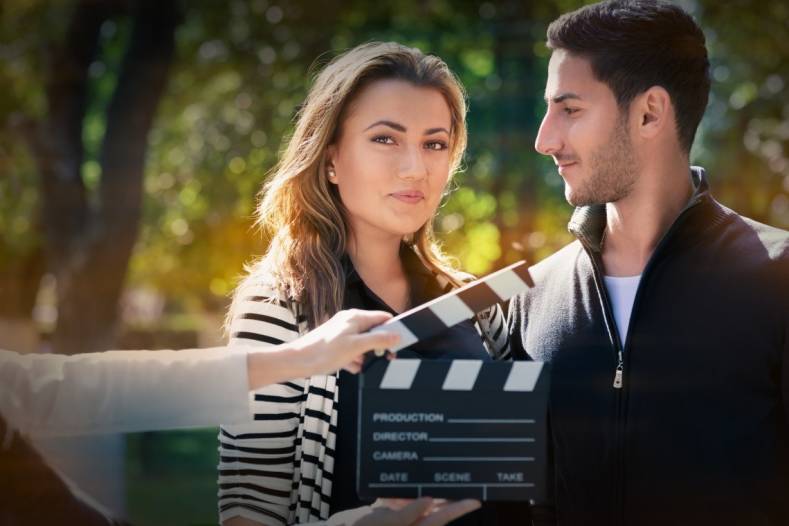 The ‘look’ or mood of a scene depends on many elements. A good shooter knows how to use these influencing factors.

From the very first frame of picture or musical downbeat, our audiences need to know whether to laugh or cry. Viewers are an agreeable bunch, by and large, and are willing to do either, but the director’s intention must be clear. You don’t want your audiences rolling in the aisles while watching a story of starving children in Africa; and you certainly don’t want your viewers looking morose and sitting on their hands during what is supposed to be a rip-roaring comedy.

Directors of photography and videographers have long employed a range of tools to communicate genre. For one thing, framing and composition can be a powerful indicator. Shooting a close up? How close is close? Tight choker close ups strongly suggest a drama, while looser framing usually indicates more comic fare.

Shooters also utilize more subtle ways to help communicate genre, such as altering the camera’s shutter angle or frame rate. Program frame rates under 30 FPS, for example, communicate to viewers a fictional story often set in the past, while frame rates over 30 FPS suggest a more immediate context, as in most documentaries, news, and sports programs. Audiences read such subtle and unsubtle cues and (hopefully) respond in the appropriate way.

The correct look can go a long way to promoting the effective communication of a director’s intentions – and the intended genre. Shown on the left in Photo 1a, the horror-thriller, Silence of the Lambs (1991). On the right, Photo 1b, the comedy, Tootsie (1982).

Genre may be communicated to viewers in subtle ways. A faster camera shutter, for instance, yields a sharper crisper look that most viewers associate with non-fiction, while the increased motion blur from a slower shutter suggests a narrative-type drama in viewers’ minds.

Given the many elements and influences, it is the look and feel of our images that are most critical in effectively communicating the correct genre to our viewers. Managing the look of a show may comprise a range of strategies. Deliberate overexposure, for example, by blowing out windows and highlights, can contribute to a sci-fi otherworldly look. Conversely deliberate underexposure increases the drama in a scene by lowering the black level and deepening the shadows. Compare this to a flatly lit scene with gentle shadows that effectively communicates to an audience: ‘Hey. This is a comedy. Please laugh.’

The ‘correct’ exposure is a function of storytelling and genre. The blown out scene in (3a) might be appropriate in a futuristic sci-fi context. The underexposed frame in (3b) adds drama to what would otherwise be a rather ordinary scene.

While many shooters consider white balance a routine mechanical process, the appropriate warm or cool color in a scene can contribute significantly to the effective communication of the visual story. Actors, program hosts, and news anchors, bathed in a warm glow, tend to be seen by audiences as ‘good’ guys, while talent operating in cool light may be seen as villainous, sinister, ‘bad’ guys. Color balance can be a powerful cue to audiences in how to identify with a particular actor or player in your story. 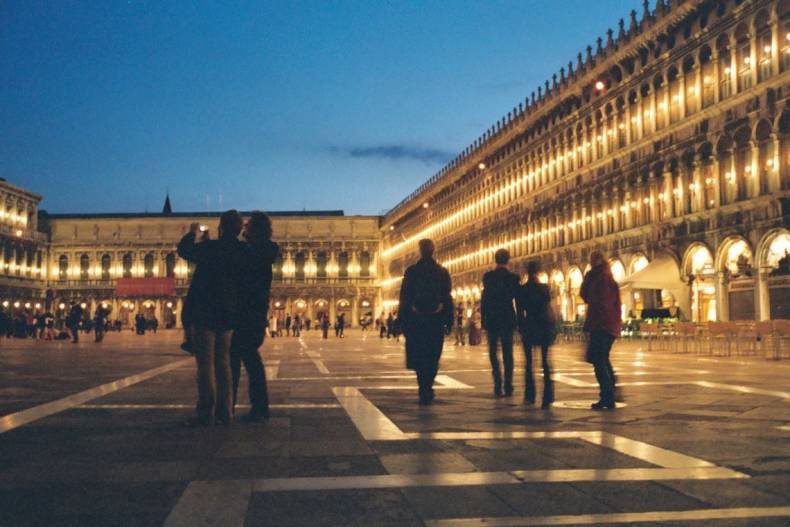 Directors and directors of photography should understand that white balance is a creative choice. More stylized color treatments can impart a distinctive trademark look into dramatic programs. In general, news and documentary shooters seek the most realistic color representation, while narrative shooters pursue the color treatment and ‘look’ most appropriate to the universe in which the actors are operating. This scene in St. Mark’s Square exhibits a warm reddish cast. The smart shooter does not white balance the warm ‘story’ out of the scene. 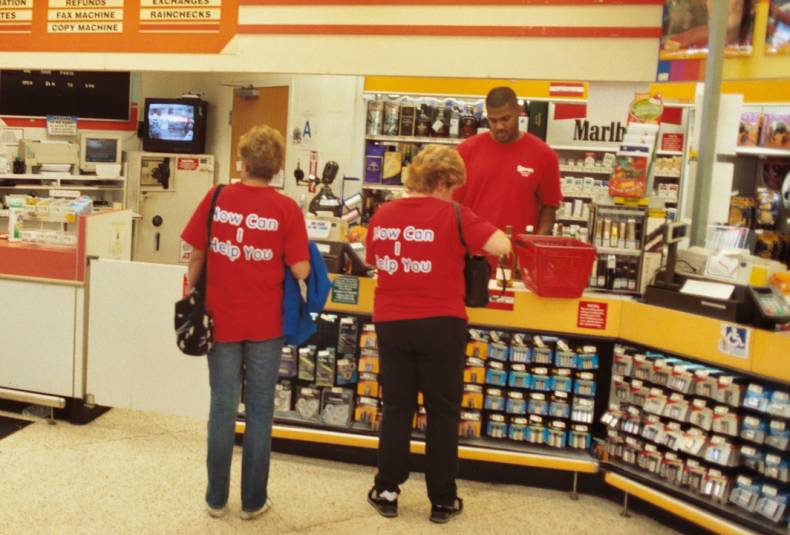 This scene, illuminated by common fluorescents, displays a strong green curse, and thus requires white balancing in order to represent the scene in a normal way, that is, as the eye sees it. During color correction, the green cast should not be removed entirely, the most realistic representation retaining a hint of green in the final color-adjusted scene.

The style and amount of diffusion applied to a scene can likewise be a strong indicator of genre. In most cases we use more diffusion for dramatic programs, and less diffusion for news, public affairs, and sports. Keep in mind that the Master Detail setting in your camera can go a long way in communicating the appropriate look. Increased DTL may help non-fiction shooters communicate greater immediacy, while reducing DTL has the opposite effect, contributing to a softer more organic look in narrative productions.

By default the Master Detail (DTL) in most cameras is typically set too high. Turning this setting down can help yield a more flattering look. The image of the face at left reflects a reduced DTL setting suitable for dramatic programs; the sharper face at right with a hard edge (high DTL setting) is more appropriate for news, documentary and sports.

Regardless of genre, the brash clinical look of CMOS-based cameras usually demands the use of some kind of camera diffusion filter. A weak Schneider Digicon or Tiffen Black Satin may be all you need to help elevate the mundane look of most news, non-fiction, and corporate programs, without imparting a soft artificial theatrical feel.

For dramas, the strength of in-camera diffusion should be increased, the enhanced look being wholly achievable these days without losing much, if any, sharpness or resolution. Given that today’s workflow often entails high compression downstream for web applications and streaming the appropriate camera diffusion filter is imperative for another reason: the tightening of the image, reduced noise, and high-frequency artifacts, can significantly improve the look and quality of the encoded program – the program, by the way, that most viewers will actually see. 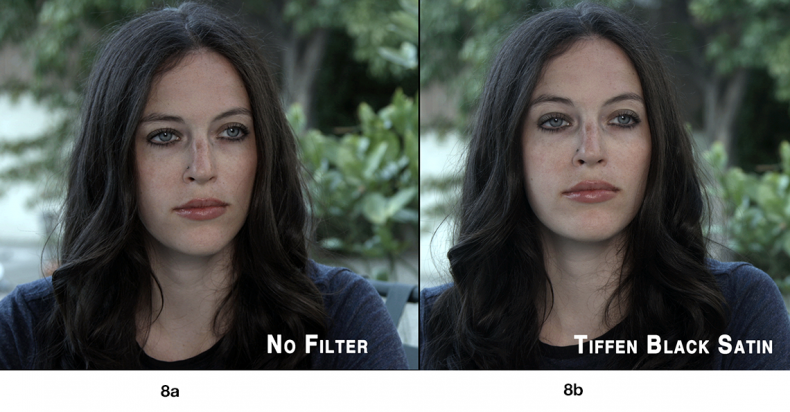 a) unfiltered look b) filtered look. The use of a ‘tightening’ filter like the Tiffen Black Satin or Schneider Digicon can go a long way to enhancing the look of images in documentary and non-fiction production. The effect is subtle, and not at all theatrical, retaining image sharpness and resolution. The images above were captured with a Sony FS7 fitted with a 28-135mm F4 lens.

Photo 9 illustrates how to help create the desired look through software tools available for both fiction and non-fiction projects. Red Giant’s Magic Bullet Looks 4, shown above, offers 200 preset looks, many inspired by high-profile movies and TV shows. The library of looks can be an excellent collaboration tool by providing a frame of reference for the creative team. 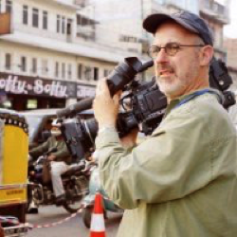