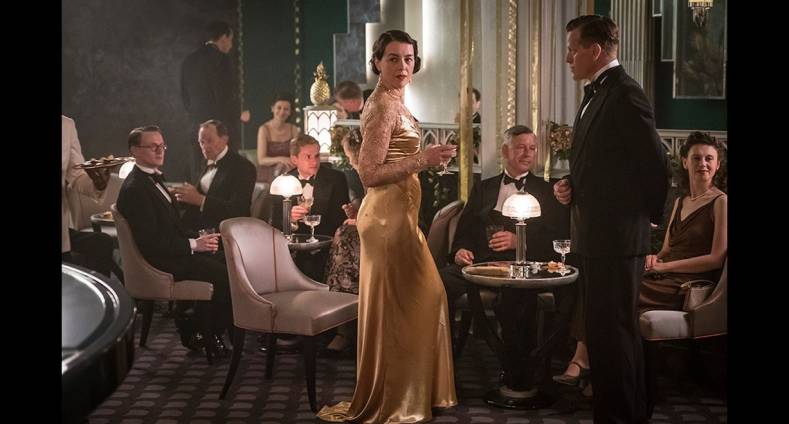 ITV’s prime time drama from Leftbank Pictures relied heavily on visual effects to create a stylised 1940s look, The eight-part production is set in a glamorous five-star London hotel during World War II and stars two of the UK’s most acclaimed actors, Steven Mackintosh and Olivia Williams. The drama shows London life through the prism of war and the impact it has on families, politics, relatonships and work across every social strata with a soundtrack of music from the era.

The Halcyon is set in 1940, and VFX supervisor Alexis Haggar, co-founder of London-based effects studio Lexhag had to plan and produce subtle, believable visual effects for the wartime drama series.

Fusion Studio and planning component Generation were used throughout the pipeline, from pre-production to the final render, including live compositing work for on set look development.With Fusion Studio running on a MacBook Pro, Haggar connected an SDI feed from the ARRI Alexa camera via a Blackmagic Design UltraStudio Mini and captured live foreground blue screen frames straight into the laptop over a high-speed Thunderbolt connection.

“By importing the images into Fusion, we were able to extract the action and quickly comp it over a background plate we had shot prior to the main shoot. Geometry was also added to bring in some of the features of the show’s hotel setting that weren’t there on the day,” begins Haggar. “This allowed the Director and DP to visualize where best to place the camera and how it should be lit to marry up into one seamless shot.”

When it came to post production, one of the most innovative uses for Fusion on The Halcyon involved a sequence featuring a dogfight above the skies of London between British and German warplanes. One of Lexhags lead compositors, Ken Turner, looked after the whole shot, bringing 3D models into Fusion, lighting and rendering it with the Fusion Renderer.

“We experimented with capturing flight sim data to animate the planes. With an old joystick, we flew them through various combat maneuvers and recorded their motion to a simple text file. From this real foundation, we tweaked the motion by hand in Fusion until we had the best performance to camera. We then wrote custom scripts to create particle systems for tracer fire and vapor trails. When all was in place, we could freely move the planes around, and the whole scene would update automatically.”

“With the speed demanded by television, you want to have as many clues that VFX is going to work as possible. We don’t have one day to do one green screen shot, we’ve got half an hour to do one. Fusion is an excellent tool for that. The workflow would be very different and very cumbersome with anything else.” 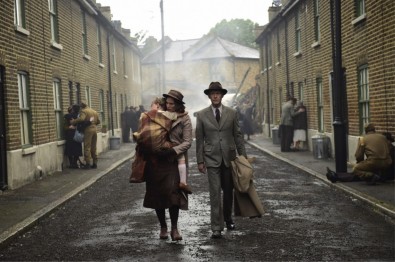 UK post house The Look undertook the conform, grade and deliverables for The Halcyon from its brand new facility in London’s Soho. The Look’s new facility includes grading and online suites and a spacious grading theatre which house SAM’s Quantel Rio 4K colour, edit and finishing systems and a Neo control surface. The Look has also purchased SAM’s Rio Assist software to support ingesting, conforming and exporting from its main Quantel Rios.

The Look spent six months working on The Halcyon completing the colour grade, online and deliverables all from its new 4K facilities using its Quantel Rios.
senior colourist and managing director at The Look, Thomas Urbye, said, “On The Halcyon, we graded and managed picture fixes all on the same timeline, within the same architecture."  Grading took place in the main grading suite on a Christie 2k projector and Sony OLED HD screens.

The show was cut on Avid then the timelines exported to the Quantel Rio 4K systems and swiftly moved to grading. Picture fixes could were handled by senior online editor Mark Maltby. Delivery of the various DPP and Prores files were also done from the Rio systems by the control room team for a fast efficient workflow, upload to ITV was handled by a 1Gb internet connection. Urbe noted that "We were able to export the DPP AS-11 files for broadcast as well as the DCPs & QuickTime ProRes for press screenings directly from our Rio systems, which our client was incredibly pleased with.”