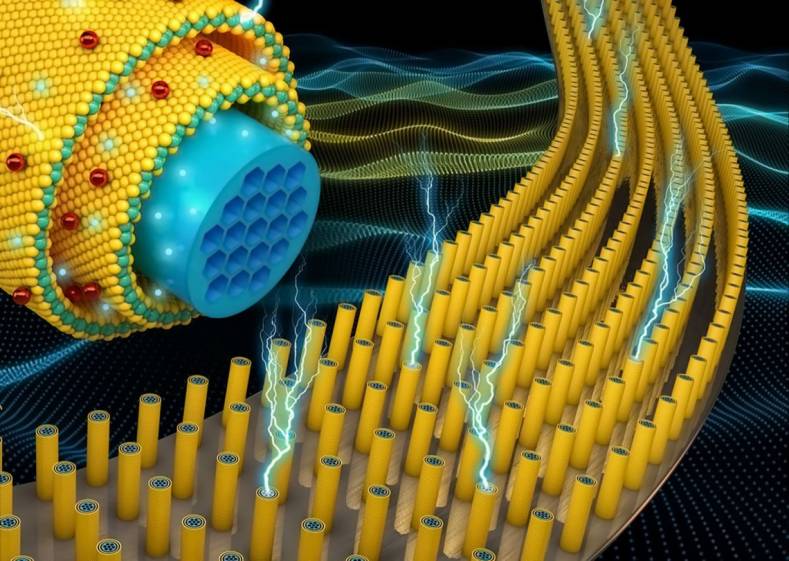 Though our cameras and production accessories continue to get smaller and more portable, trouble free batteries are still the stuff of dreams. Wherever we go, batteries and chargers are still a major consideration, with a constant need for recharging and maintenance.

Battery manufacturers are very aware of the problem and have been working to develop better and longer lasting batteries. Improvement, however, has come very slowly. Labs throughout the world are constantly trying to improve batteries.

Now, scientists at the University of Central Florida’s (UCF) NanoScience Technology Center have developed a new process for creating flexible supercapacitors that can store more energy and be recharged more than 30,000 times without degrading. It is a development that could have a major impact on all kinds of batteries, from smart phones to video gear, and even electric vehicles.

Anyone who uses a lot of batteries knows the problem. After 18 months or so, a battery holds a charge for less and less time as the battery begins to degrade. It happens to cells of all kind, shapes and sizes. 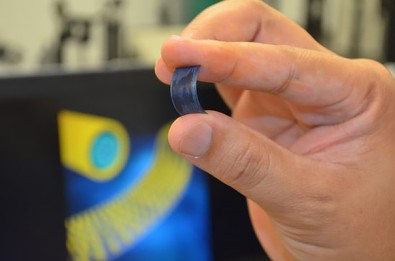 Supercapacitor. Photos courtesy of the University of Central Florida.

The use of nanomaterials to improve supercapacitors could enhance or even replace batteries in electronic devices. The problem is a stubborn one because in the past a supercapacitor that could hold as much energy as a lithium-ion battery would have to be much, much larger in size.

“There have been problems in the way people incorporate these two-dimensional materials into the existing systems – that’s been a bottleneck in the field. We developed a simple chemical synthesis approach so we can very nicely integrate the existing materials with the two-dimensional materials,” said Yeonwoong “Eric” Jung, principal investigator and an assistant professor with joint appointments to the NanoScience Technology Center and the Materials Science & Engineering Department.

UCF’s development is a breakthrough in battery technology. Scientists have long known that two-dimensional materials held great promise for energy storage applications. But until the UCF-developed process for integrating those materials, there was no way to realize that potential, Jung said.

By comparison, the new process created at UCF yields a supercapacitor that doesn’t degrade even after it’s been recharged 30,000 times. Jung is working with UCF’s Office of Technology Transfer to patent the new process.

“It’s not ready for commercialization,” Jung said. “But this is a proof-of-concept demonstration, and our studies show there are very high impacts for many technologies.” 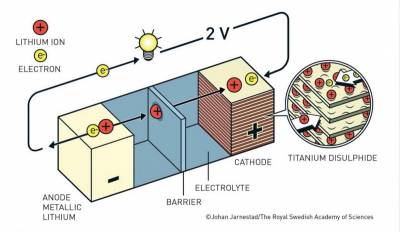