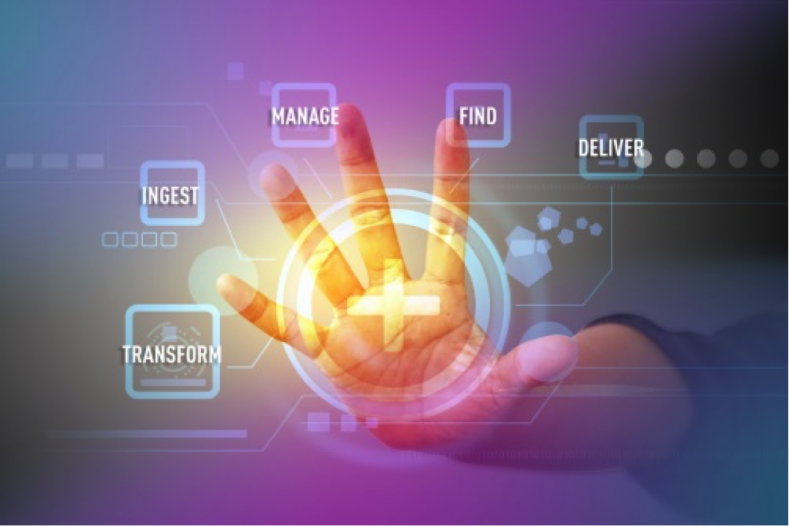 A software-focused production solution can create a highly flexible platform and improve workflow.

The broadcast and production industry is at the beginning of a historic shift to IP environments. The real benefits of an IP environment come from virtualizing live production technology—video production servers, switchers and camera processing. That is where we reap IP’s true benefits.

One of the last big barriers to improved media workflow point has been the inability to virtualize input and output for point-to-point signals like SDI. Those systems remain bound to the physical interface, which has prevented advances in the live domain. Support of IP standards and new production tools will progressively eliminate those physical connections, thus enabling a new age of virtualization. 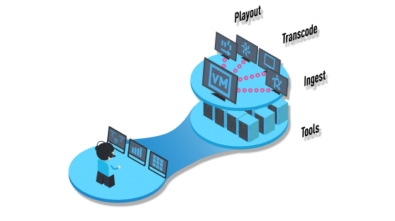 For all the talk about the move to IP and virtualization—more flexibility, streamlined production and economy of scale—there are larger market forces at work. While TV sets and traditional broadcasts are not going away, broadcasters and content owners must face changing media consumption habits. It’s a classic good news/bad news scenario. While people are watching less traditional TV, they’re also watching more video. They’re consuming more video when and where they want – on their own terms and on devices of all types. In this new world of non-broadcast channels, the need to spin production workflows up or down on demand is critical. And it must be done in a way that is fast and cost effective. This means a move away from infrastructures of purpose-built hardware.

And while the transition to completely IP-based systems will not come cheap, the long-term cost benefits like game-changing flexibility are tremendous. Plus, it’s impossible to imagine traditional point-to-point systems meeting the needs of new media distribution channels and evolving business models. It’s a matter of how and when, not if.

The key to virtualization is dissociating compute and storage equipment from their functionalities. And new functionalities will be built on standard data center principles with COTS hardware and standard computing equipment at the core. This enables the necessary equipment to be assigned to specific and instantaneous requirements of the application.

The key to virtualization is dissociating compute and storage equipment from their functionalities. And new functionalities will be built on standard data center principles with COTS hardware and standard computing equipment at the core. This enables the necessary equipment to be assigned to specific and instantaneous requirements of the application.

A good example is the use of additional transcode resources: transcode engines are launched on an as-needed basis rather than on the upfront allocation of specific video sources. This kind of extreme flexibility wasn’t possible years ago, and this is only the beginning of where we can go. This principal can now be extended to video switchers, production servers and other equipment, breaking down the business barriers to flexibility, and allowing the routing of video and other signals to every possible destination.

A second fundamental enabler for virtualization is the use of common data center equipment. In any system, dedicated hardware tied to specific functionalities limits possibilities. In contrast to SDI-based communication and hardware-assisted compute nodes, an all-IP environment allows the flexibility needed to assign services to available computing resources.

Virtualization can be applied in on-premise data centers or in infrastructure as a service like the cloud, ultimately an infrastructure that’s not only less expensive but faster to deploy. It also enables scalable workflows using only the resources that will be used and easy resource sharing. Through functional separation, network virtualization and automation, users can control traffic from a centralized console for new production freedom and agility. A software-centric approach can provide on-demand transcoding, acquisition and playout scalability, as well as hardware optimization. The ability to turn on and off, and spin up and down functions brings critical elasticity and capex savings. Configure and deploy so production is simplified and quickly switch or grow without growing infrastructure or buying hardware. 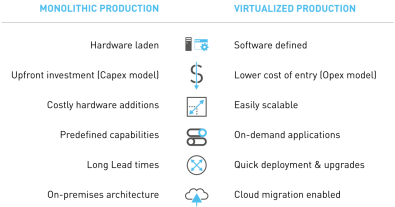 Comparison of the traditional production tiers with that of an IP-cloud-enabled, software-centric solution. The result is a highly flexible platform. Click to enlarge.

Once this virtualized infrastructure and pool of resources exist, the way these are managed becomes another layer of benefit. Users will be able to pre-define the needs of a production, store, recall and launch these functional “collections” on an on-demand basis. With a COTS-based infrastructure, engineering need not be involved to start and secure a production. Virtualization allows application launching and hardware activation as needed and facilitates the move to public cloud infrastructure for even greater IT industry critical mass benefits.

Taken together, the tenants and capabilities of virtualization provide what we call “Elastic Production” comprising solutions that leverage COTS hardware, maximize existing investments and deploy open standards supported by AIMS and SMPTE. With IP and virtualization at the core, elastic production allows studios, broadcasters and production houses to do more with better flexibility and dynamic capabilities.

Next-generation production switchers, server-based functions and x86 hypervisors are enabling different applications for flexible production. As we eliminate physical interfaces and move to IP I/O, these are giving way to virtualized production functions, switching and graphics resources based on “production collections” that are initiated only as a production requires them. Workflows must not only be easily configured and deployed but also easily switched and executed on infrastructure without capex outlay. The result is truly flexible production, growing or shrinking based only on present needs to achieve agile, flexible and cost-saving production. 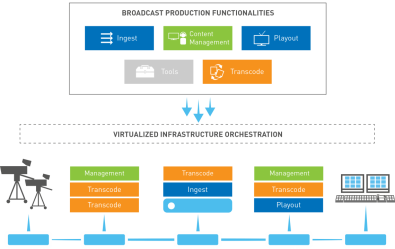 Traditional, stand-alone-production tasks can be virtualized, creating a flexible production platform that easily sizes to needs. Click to enlarge.

Of course a fully IT-based and virtualized production center popping up on its own is not the way we deploy today, except in the most greenfield opportunities. For most, there will be a conversion path, one that protects current investment while moving to IP. The move to virtualization has already started with non-real-time functions. Gateway solutions and technologies like convertors for point-to-point serial connections—RS422 and USB over IP links—and video IP gateways will bridge the systems during this transition, as will discussions of how global synchronization across IP and SDI can be achieved - either through genlock (generator locking) or active synchronization using PTP.

The virtualized production center of tomorrow

What will the fully optimized/virtualized production center look like? Well, it might not be on site. It could be down the street or in the cloud. In the years to come that may well be the most important decision you make – where to put your data center. In fact, we’ll start to care less about where it’s running, whether off the shelf or on a rack. We’ll care more about what we can do than where we do it and how to plan for it. It’s about removing the hardware shackles for a more dynamic production environment that benefits everyone – not the least of which: viewers. 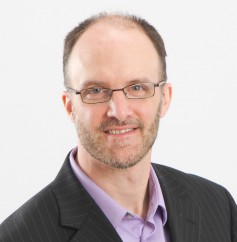