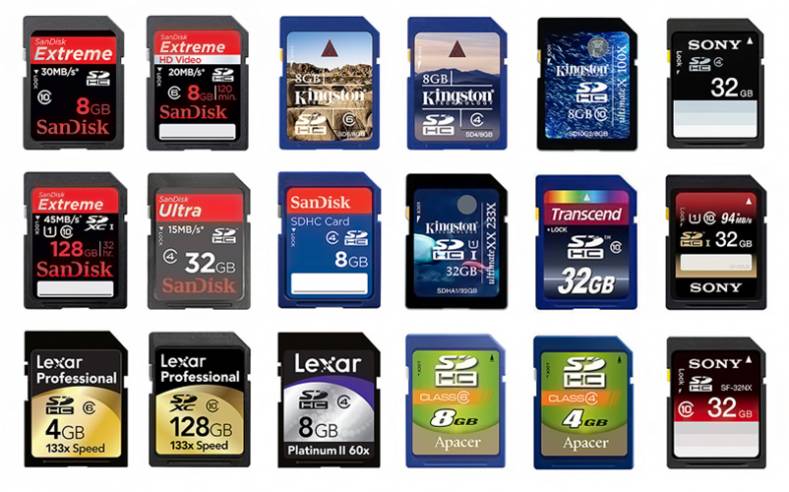 Increasingly, flash cards are the storage media of choice for video recording. Though mostly reliable, a lot can go wrong with flash memory — most commonly human error in handling the media. An expert explains how to avoid catastrophic problems when using flash cards.

Since 1997, David Zimmerman, CEO of LC Technology International in Clearwater, Florida, has become a leading expert in data recovery of files stored on flash media. His company, with 18 employees, not including software designers, also writes recovery software for major flash memory manufacturers, including Sandisk, one of the largest. LC Technology also wrote and updates Sandisk’s Rescue Pro software and Sandisk’s Recovery Service. Zimmerman, who works on a variety of media types, explained the most common problems that videographers have with modern flash cards and how they can prevent catastrophic failure when shooting video. Frank Beacham of The Broadcast Bridge interviewed Zimmerman.

The Broadcast Bridge:  What are the most common problems that users have with flash cards?

Zimmerman:  A lot of things can go wrong when using flash memory. Human error is the main one. Many times it happens when a user makes a mistake deleting or moving files from one device to another. They delete the wrong files or think they copied something when they didn’t. It is also a common problem when users eject the memory card before the camera has finished writing it. People will also plug their card into a reader to copy the file to a computer. They think its done and pull the card out and corrupt it before the video is properly copied.

With video it gets more complex, due to all the buffering — especially in HD. It takes longer than some users think it should and they pull the card too soon. Sometimes people over shoot and try to put too much data on the card when it’s at full capacity. Some of the newer formats are not as forgiving as the older ones. You used to be able to play video if part of it was missing. That’s not necessarily true anymore.

The Broadcast Bridge:  Is there a single category where you are getting a lot of new data recovery work?

Zimmerman:  We are doing a lot of data recovery with drone formats. People crash them and the data hasn’t been fully written. Also GoPros. We get a lot of situations where people are skiing down a hill, wipe out, crash and break their camera. The camera was on when it was damaged or even goes under water. It’s interrupted and doesn’t save the file correctly. Now, we are focused on some of the new cameras with higher capacity cards. But they all have the same issues.

The Broadcast Bridge:  What other kinds of problems do you see with flash cards?

Zimmerman:  Power-related problems, where the battery dies before the file is saved.

Also flood and water damage. Fresh water is usually not that big of an issue as long as the card is dried before it is plugged into the device so it won’t short out. With salt water, it becomes more complex. We soak cards in different solvents and take a tooth brush to remove corrision and clean it before drying the card and trying to get the data off. MicroSD cards are a little more durable for water, where Compact Flash cards, with 40 connectors, can get water inside and you need to blast the water out with canned air. Any flash card that gets wet, needs to be dried before data recovery can begin.

Also fire and heat can cause silcon to melt. We have done some cards that came in from NASA that burned up in a Shuttle launch. We were able to get some of the data off, but had to actually pull the chips off the PCB and manually extract the data from the chip. It all depends on the amount of damage. With cracks or breaks in the discs, its pretty much over. The circuitry is so fine inside the silicon there is no way to repair it. 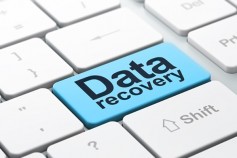 The Broadcast Bridge:  How long can a user expect flash memory to last?

Zimmerman:  Media has a certain life expectancy and denigrates over time. It depends on the environment the user operates in. Most estimates as to life expectancy are theoretical. In practicality, there is no way to really know how long a flash card will last. Media hasn’t been around that long. Every time you write to flash it burns down one layer. It goes further and further and further until you eventually get to a point where you can’t write to it anymore. However, you should always be able to read from it.

The Broadcast Bridge:  What recommendations do you have for flash memory users to reduce problems?

Zimmerman:  Buy known brands from reputable manufacturers. Don’t buy cards online that are priced lower than they should be. These are probably counterfeit cards. Always format the card before a shoot and bring along extra cards. When shooting paying events, buy new cards each time and factor it into the price. When you finish the job, set the card aside and try not to reuse it. How long should a working pro use a card? Six months, but not longer than a year. After the shoot, back up the card to other media. Today, its easier to archive your video files online to multiple clouds and have redundancy. If Yahoo loses all your stuff, make sure you’ve got a backup on Google or somewhere else. Use common sense. 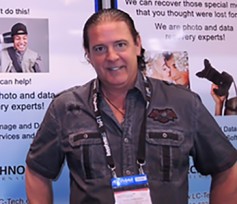 The Broadcast Bridge:  With the fast changes in the technology of flash media, is your company constantly finding new ways to extract data?

Zimmerman:  All the time. We are constantly developing new methodologies. We make our own custom fixtures for the different memory chips. They are constantly changing. A fixture is like a socket we can use to read a chip when we remove it from a flash card. We get chips from all over the world. SD cards are not standardized when you get inside them. Typically, the big difference is the controller. What’s the write pattern? How many chips are on there? How is it scattering the data around on these different chips? What’s the pattern interleaving the data together? When you look at an SSD card you’ve got a dozen to 16 chips on it. It doesn’t just write to one chip — it writes across all of them in a striping fashion. You have to figure out where the different parts of the file are. One part might be here and another part there. It’s the same with Compact Flash cards, they also have multiple chips on the cards.

Zimmerman:  Our percentage of rescuing data is pretty high. If the chip is cracked or broken, no, we can’t save it. But we are up in the 80 to 85 percent success rate with other problems. As to the software we sell, as long as the card is recognizable and visible to the software, the chances for success are pretty good. We sometimes have issues with video because some of the newer video formats are very complex. They are not single files. You have these MXFs and MP4s that have XML data that goes along with the video and audio and they are getting increasely complicated. We are working on video-based software products for this as we speak.