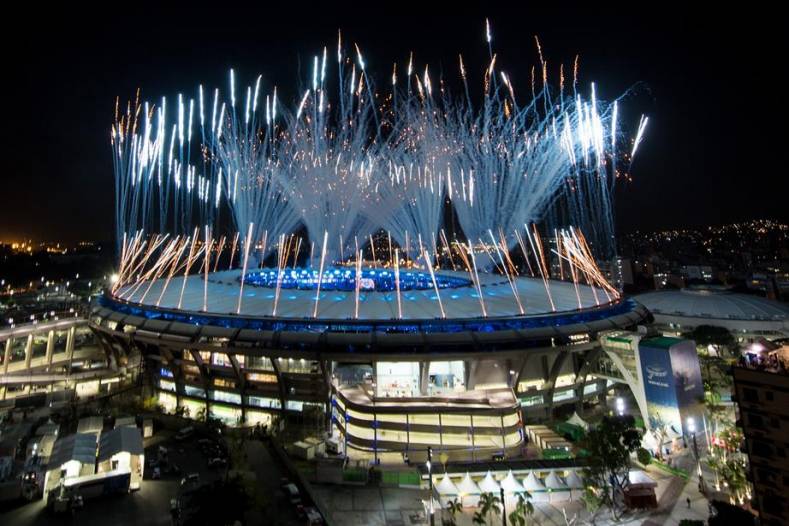 4K aside, Globosat delivered the Olympics in HD via four separate sports channels to its viewers in Brazil.

While international broadcasters covering this years Summer Olympic Games in Rio mostly worked in HD, 1920x1080, NBC used a fair bit of Ultra-HD equipment to cover specific events, such as the opening and closing ceremonies. The 4X HD resolution provided visual excitement to the events, even in slow motion.

Indeed, NBC provided a UHD “4K” feed (at 3840 x 2160 lines of resolution), complete with high dynamic range processing and Dolby’s Atmos immersive audio format, for those with Ultra-HD sets. The network broadcast the opening and closing ceremonies, swimming competitions, track and field, basketball, the men’s soccer final and judo competitions via a 24-hour tape delay. The feed was accessible via a number of NBC’s platforms and partners, such as parent Comcast and DirecTV.

Comcast began distributing its HDR-capable 4K UHD Xi5 set-top box as of July, well ahead of the Olympics, for those with UHD-compatible TV sets.

These UHD broadcasts were actually downscaled from native live 8K (7680 × 4320) footage shot by Japanese state broadcaster NHK. After downscaling NHK’s 8K video footage of the events in Rio, NBC add the HDR and Atmos elements. NHK has promised to produced and distribute much of the 2020 Olympic games in native 8K resolution, and hosted experimental broadcasts of the Rio Opening ceremonies in the Super Hi-Vision format at select public viewing locations in both Brazil and in Tokyo.

Higher resolution aside, the Olympic Broadcasting Services arm of the IOC had said before the games began that it had no plans to offer a 4K feed for international broadcast. Thus, multichannel cable and satellite TV providers like Globosat, Brazil’s premiere service provider, added two Snell Advanced Media (SAM) Kahuna 9600 video production switchers to its control room in Rio to support the production of four live HD channels. SporTV, SporTV2, SporTV3 and SporTV4 all leveraged the new Kahuna switchers. The Kahuna switchers also allowed Globosat to offer selected Olympic events in 4K. 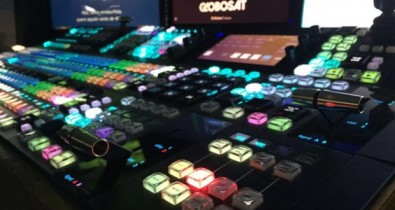 “While it won’t dominate this year’s format due to only some events being broadcast in 4K, it has definitely provided the necessary step forward to dominate future Olympic Games,” said from Rafael Castillo, Vice President of the LATAM region at SAM. “Viewers know that 4K is the gold standard in video quality, so in the future, 4K will be the standard expected across-the-board for Olympic broadcasts.”

With the Kahuna switcher, Globosat was able to incorporate mixed signals and seamlessly output HD elements on four separate channels. The other main benefit for Globosat was that the Kahuna can manage IP inputs, which is crucial as Globosat is using IP links to bring in more than 90 signals from the numerous event locations throughout the country as well as from its headquarters.

Lourenço Carvano, Director of Engineering at Globosat, said the Kahuna gives them future-proof technology that “will not only payoff during an imminent event like the Olympics, but offer us a long-term solution for any other challenges we might encounter down the road. Not having the Kahuna would have been a bigger risk.”

“This year’s Olympic Games marks the first year since SAM’s launch (in 2014) and is a great showcase of just how far the company has progressed in this short time in visibility of its market-leading technology in the global arena,” Castillo said. “We’re excited to see how things move forward as we look ahead to Tokyo 2020.”

As with past Olympic games, this year’s event provided a showcase for a number of newly emerging technologies, such as virtual reality, in partnership with Samsung, and aerial drones, that have brought stunning new perspectives for viewers.