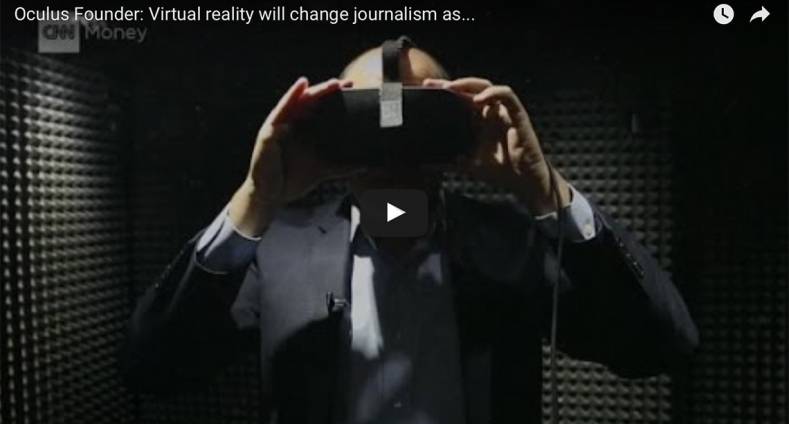 Virtual Reality may be one of most hyped trends of 2016, but in the real world many players from a wide range of industries are now furiously working to make VR a media format for the future. But so far — with the technology’s strong support — all of the efforts add up to a big experiment. 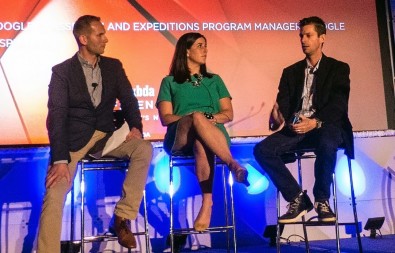 At Promaxdba in New York City, a panel on “Harnessing the Power of Virtual Reality” drew players from journalism, education and social media to discuss the state of the technology and where it is heading. Each is leading efforts to define VR in ways that ensure it has a future.

Jason Farkas, executive producer of CNNMoney and Reliable Sources, who also moderated the panel, noted that virtual reality has unlimited applications in many fields. However, in journalism, he said the technology is a way to deepen the human interaction with news stories, bringing the experience closer to the viewer. 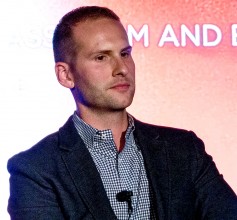 However, Farkas admitted, the technology is not there yet and it takes an average of 10 hours to get a VR piece on the air using CNN’s array of six GoPro cameras.

“Right now it is about balancing the technology with the story we are doing,” he said. “The weekend after the Orlando shooting, we had a rig available in our office in New York City and we went down to Stonewall and captured visuals that night. It was not as fast as shooting with conventional video, but until we get improved cameras and smoother technology, we’ll have to find little ways to make it faster and better.” 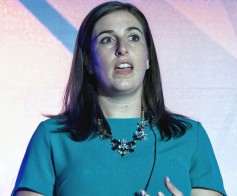 On the panel, Jennifer Holland, Google’s manager of the classroom and expeditions program, told how Google’s inexpensive Cardboard viewer is being used in classrooms to bring abstract concepts to life for the students of all ages. “With VR, kids can perceive information from their teachers in a different way,” she said. “We can take people to times and places that was once impossible.” 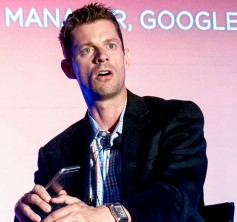 Mark Demarest is CEO of Spinnable, a 360 degree social sharing platform that allows users to shoot and share their own VR with a standard smartphone. Having produced premium VR content earlier, he said his company now not only produces professional programming, but allows end users to make their own and share it.

“I used to differentiate 360 degree video from virtual reality. But after one uses Google Cardboard for a few seconds, you do feel like you are virtually there. I think we can now stop separating them and we can include them with one another,” he said. “The head-mounted VR market is not there today and won’t be for a few years, but we need to figure out what business is there today.

“We know there are over 1.7 billion smartphones in people’s pockets today and we are producing content for that space. We built Spinnable so anyone can experience 360 video. Now Facebook has it. YouTube has it as well. But what they are lacking is the ability to produce the content themselves.”

On the challenges facing VR today, all agreed the technology needs to catch up with production efforts. Samsung, GoPro, Nokia, Canon, Kodak and others have announced or are working on new VR cameras. In sound, Dolby is developing Atmos, Sennheiser has AMBEO and Facebook purchased Two Big Ears and is open sourcing its VR audio technology.

“CNN has the problem of looking to invest in one camera system and standardize for all the bureaus,” Farkas said. “But if we invest in something today, six months from now we know it will be obsolete.”

VR technology is a moving target, Demarest agreed. “We expect to see 40 cameras coming on the market over the next year. Next year there will also be VR cameras built into the phones as well. As the obtainability of the capture devices becomes greater, the price of the technology will fall rapidly. And the resolution will double in the next 18 months as well. The barriers are falling fast.” 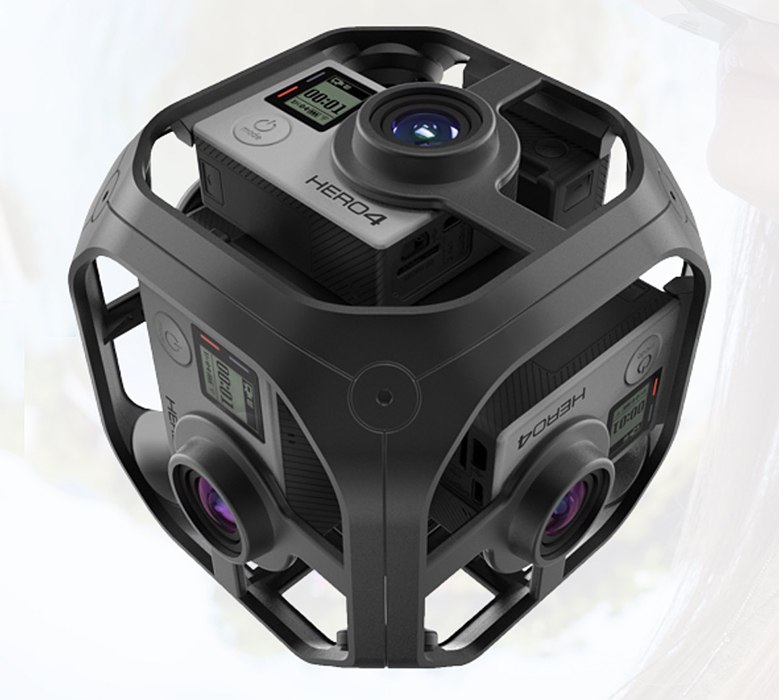 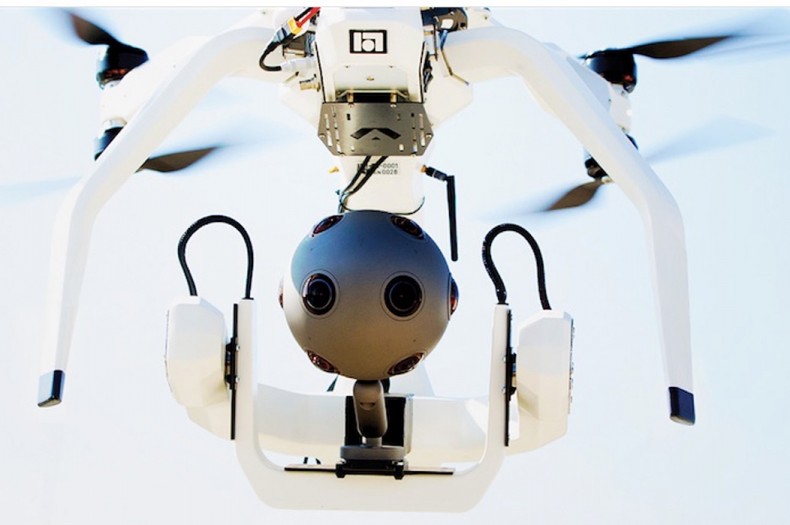 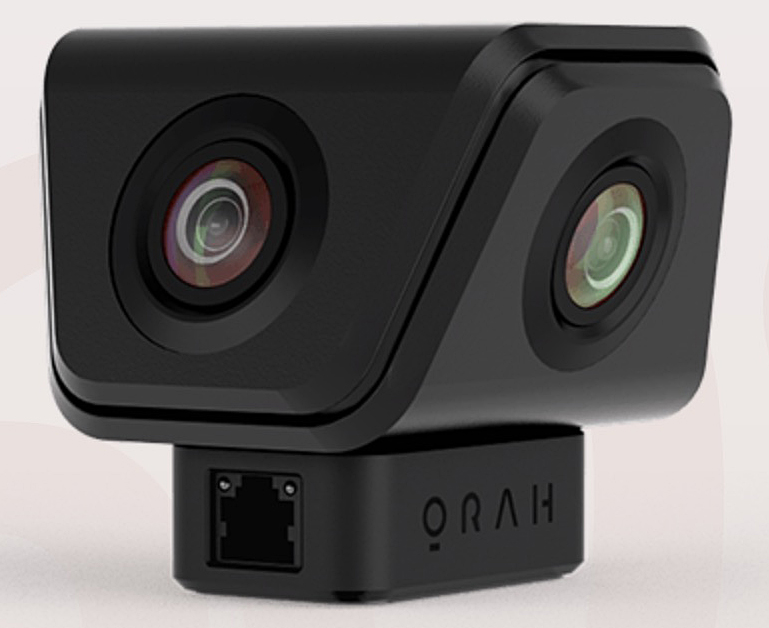 On the professional production camera side, Demarest cited GoPro’s new six-camera Omni; Google-GoPro Jump Odyssey, with 16 GoPro cameras inside; Nokia Ozo, which works with existing lenses; and the ORAH with a 4K 360 degree camera by VideoStitch that allows for live streaming.

Even while waiting for the new cameras, Demarest noted that today the barriers to entry into VR production are virtually non-existent. “There is almost no cost now,” he said. “You can literally post video on any of the platforms with the click of a button. You can do a behind the scenes VR video on a film or TV set and drop 360 degree photos and videos on Facebook or Google. For $350, you can be producing VR content that allows you to show the set of House of Cards or the Grammy Awards on social media and drive it back to promote your primary content.”

As for audio, the panelists agreed that it can add to the impact of VR content, but it can also cost more. “Audio helps the viewer feel like they are there,” said Holland. “A lot of times we are asked...why the headsets? For us, it’s about a social experience...it’s about a class teleporting around the world and learning while they are there. With a headset, the students are more immersed rather than turning to comment to others while the video is running. That immersive group experience is important.”

Demarest added that “if the audio is linear and flat, you feel less there. It can still be a decent experience, especially with mobile and Cardboard to cover the visuals. But the more you can enhance the experience from an audio standpoint, the more real the virtual becomes.

“Audio adds to the production cost,” he added. “It is more labor intensive and requires audio engineers who are familiar with the processing and editing. Audio is a double edge sword. Done right, it’s epic. But done wrong, it’s destructive.

“We just finished a tour with Hans Zimmer, a German film composer, in 15 European countries and we worked with Dolby, who recorded over 200 events. Now we have to go back and work with Dolby and take all those stems and program them into compiling this long format program. The outcome so far has been amazing, but when you have to answer to others for the production costs, it can also be daunting.”

As for risks facing VR, Holland said maintaining quality amidst all the hype is important. “We do pilots of everything and we want to make sure we are producing high quality experiences,” she said. “We don’t do flashy gimmicks. We stay focused and go slow and try to learn.”

Demarest said because people are still experimenting, we’ve all seen content that doesn’t work. “We are taking the slow route,” he said. “We let the users produce it. The kids come home from school and want to see what their friends have done. We attack it from both sides, putting out high quality content, but also allow users to make their own.”

At CNN, Farkas said there had been some cultural differences when working with VR. “Reporters ask why they aren’t on camera in VR stories and I tell them I don’t want them on camera,” he said. “Then it becomes about them, not the experience around them. So we use them as the narrator, which negates the old standup. These are the kinds of things we are learning along the way.”