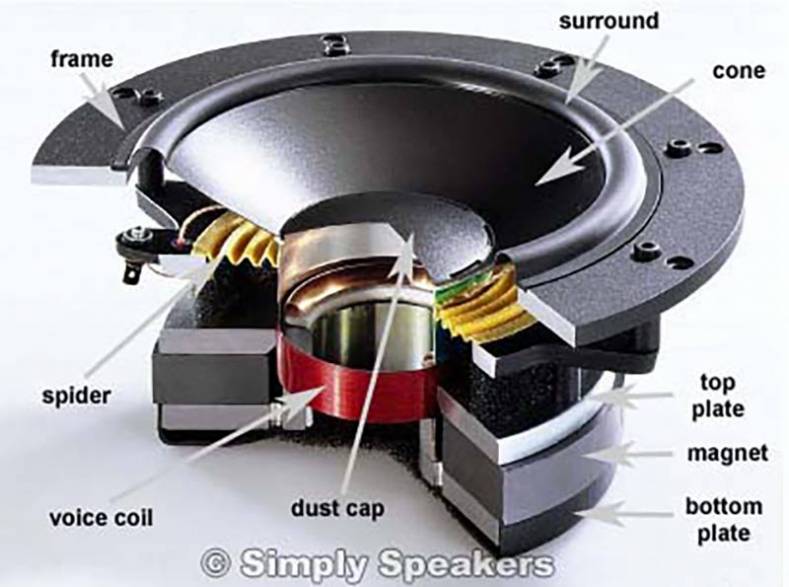 The manufacturing of high-end monitor systems is a complex and highly competitive field. Image courtesy simplyspeakers.com.

The manufacturing of high-end monitor systems is a complex and highly competitive field. Image courtesy simplyspeakers.com

In the tasks of recording and editing audio, it’s hard to find any issue more personal than the choice of studio monitors. From the very beginning of recorded sound, speakers have evolved with audio technology — remaining very much a matter of individual preference.

In the 1920s and 1930s — the earliest years of recorded sound — studio monitors were used primarily to check for noise and other technical aberrations in the audio. Evaluating the performance through the speakers was not common, whether recording music or listening to speech for radio or the movies. Producers used simple tried-and-true microphone techniques to ensure that audio — regardless of the source — was adequately captured.

Early audio monitors were basic loudspeaker cabinets, with horn-loaded designs originally made for use with “talkies” in motion picture theaters. Development of high-end loudspeakers began later in Los Angeles in an attempt to solve some of the problems of cinema sound.

As sound quality improved, the reasons for the audio monitor changed. Engineers began to listen to insure uncolored and transparent audio signals. They sought an emphasis or de-emphasis of particular frequencies.

In 1944, the first high-quality studio monitor was introduced. It was the Altec Lansing Duplex 604, a design by James Bullough Lansing. He had previously supplied the drivers for the Shearer Horn in 1936, a speaker that had become the industry standard in cinema sound. 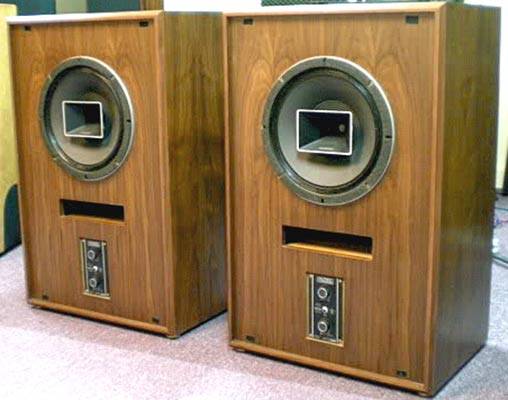 The first high-quality studio monitor was introduced in 1944 by Altec Lansing and called the Duplex 604.

The Duplex 604 was a coaxial design. Within a few years, it ruled the audio industry in the United States — a position it maintained through eleven model changes over the next 25 years. The speaker stayed in continuous production until 1998.

Near-field audio monitors first became popular in the 1970s as a way to hear in recording studios what end-users heard at home. This was before the rise of project studios. The term originally was applied to auxiliary monitors that sat on the meter bridge of audio consoles. The idea was duplicate how the audio would sound when reproduced on typical home audio speakers. 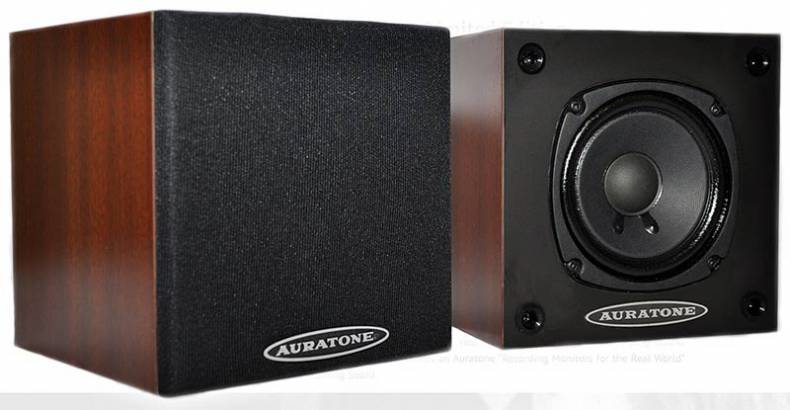 A popular early near-field monitor was the Auratone 5C. Little more than a five-inch full range speaker housed in a small cube-shaped box, these speakers were designed solely to mimic the tiny speakers in AM radios and television sets.

The most popular early near-field monitor was the Auratone 5C. It was little more than a five-inch full range speaker in a small cube-shaped box. These speakers had nothing to do with audio quality monitoring. They were designed solely to mimic the tiny speakers in AM radios and television sets.

The Auratones were a “real world” secondary reference speaker rather than a compact alternative to full-range studio monitors. They were good at determining which bass sounds worked on a bandwidth-limited consumer audio system. There was no crossover to introduce phase errors or distortion in the speaker.

A major question — and one still open to considerable disagreement — is the difference between professional quality near-field monitor speakers versus their high-fidelity counterparts. In terms of frequency response, many can hear no obvious difference between the two types of speakers.

From a practical standpoint, however, today’s modern near-field monitors are more professionally built and designed for critical listening in small studio spaces, while hi-fi speakers are better suited for general listening in larger rooms.

Professional monitors are manufactured to more robust standards and often have internal amplifiers for powering the speaker or professional inputs for more pro-level amplification. As the price goes up, there are a wider range of professional options.

Hi-fi speakers are designed to reproduce highly compressed audio, while professional monitors have to handle high volumes and sound bursts when playing mixes that have not yet been mastered.

With any speaker — professional monitor or not — listening is a bit of a black art. This is where personal preferences come in. Precise specifications of speakers in their listening environments are nonexistent without professional measurements by experts. Speakers sound different to different people in different rooms.

Listening to speakers in a demo showroom does not mean they will sound the same in your home or professional studio. Room treatment, furnishings and construction type of the space can change the way speakers sound. Even professionally trained “golden ears” often move speakers around a room to locate sweet spots.

One thing, however, is certain: No matter what kind of speakers you buy — near-field, hi-fi or otherwise — the individual characteristics and idiosyncrasies of that speaker will color your audio. If you’ve chosen speakers that go to extremes, your audio will not sound as you intended to the rest of the world.

Those who buy audio monitors for professional use should look for a neutral sound that is neither too bright or too dull. For mixes to sound good on the widest range of audio systems, using a near-field monitor in its typical “back to the wall” configuration should come as close to an average among other speakers as possible.

For inexperienced buyers of monitor speakers, it is best to buy from long-experienced manufacturers with good reputations, and have companies with expertise install them. Be prepared to pay a higher price for professional monitors, no matter which brand.

Even today, differences of opinion exists over the quality of monitor speakers in professional circles. Some engineers mix for the widest range of sound systems, including iPods, boom boxes and low-quality clock radios. Others mix the best audio possible, hoping for good results.

Today, as project studios increasingly dominate the music industry, there are a wide range of monitors to choose from at almost any price. Professional speakers now have both analog and digital inputs, D-to-A and A-to-D converters, DSP crossovers, built-in amplifiers, sophisticated power supplies with protection circuits and a variety of materials used for constructing both the drivers and cabinets. 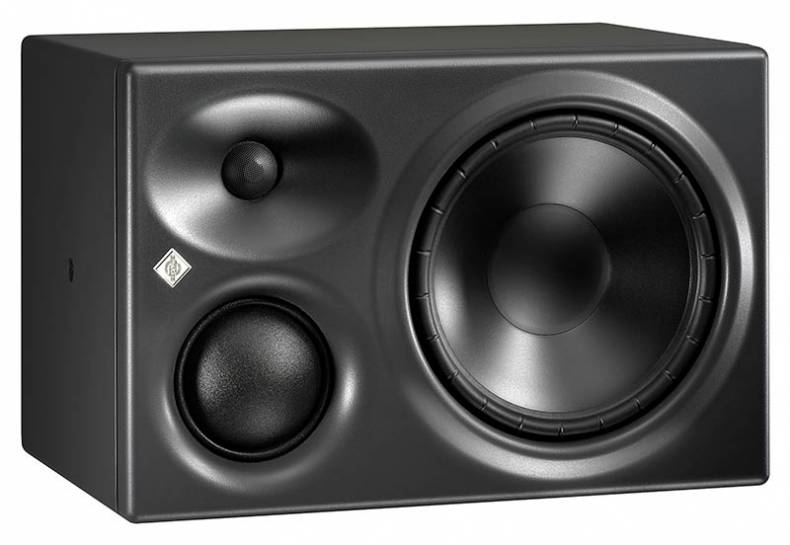 Neumann, who has taken over the manufacture of Klein and Hummel’s professional speakers, said “at the listening position, a loudspeaker should acoustically exactly reproduce the electrical input signal.” That’s the goal, but there are many factors and trade-offs involved in attempting to achieve it.

Companies like Neumann/K&H and Quested sell almost exclusively to the professional monitor market. Others sell to both pro and home markets. These include Genelec, PMC, Tannoy, M&K, ADAM, Focal/JM Labs, surrounTec, Dynaudio and JBL. 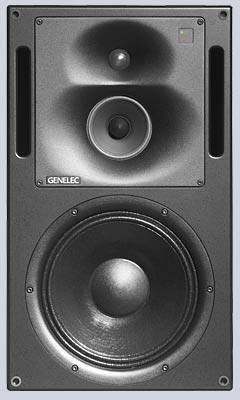 Some companies, for instance Genelec, focus their sales efforts on top-end and mid-range professional applications. While these products sometimes cost more, the adage, "you get what you pay for" certainly applies.

They clearly delineate their product lines between professional and consumer. Some companies, like Mackie, make speakers ranging from both high-end studio monitoring to low-end monitors for desktop multimedia production, beginning as low as $150.

The choice of audio monitors in today’s marketplace is virtually endless. But skill in picking and installing these monitors for excellence in audio monitoring is in short supply. If you’re not an expert, it is best to hire one to make sure your audio monitoring installation is accurate.