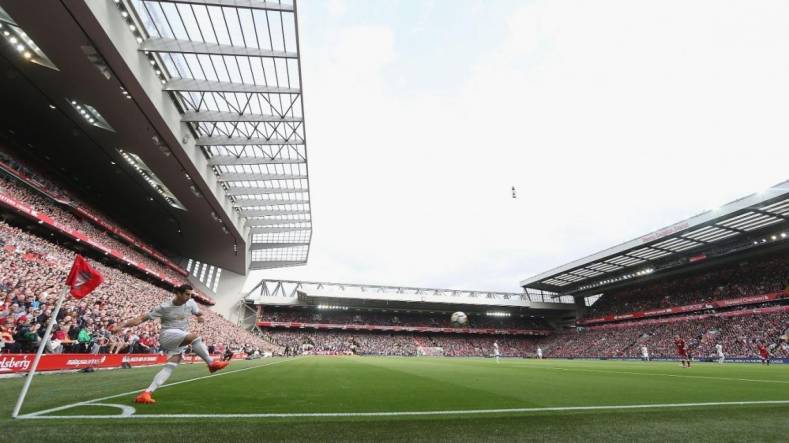 Live sport will benefit most from OTT’s coming of age.

Live OTT has been the butt of various recent announcements focusing on security, quality and synchronization with traditional broadcast signals over satellite, digital terrestrial, cable or multicast IPTV. The goal is to enable delivery of premium content including TV shows and news but especially live sports to multiscreen devices at high quality, while minimizing the impact of piracy by illicit stream redistribution.

On the security front some traditional CA (Conditional Access) vendors have been muscling in with enhancements incorporating digital watermarking to enable unauthorized streams to be identified and potentially taken down before any damage is done. Verimatrix for example in September 2015 announced extensions to its Video Content Authority System (VCAS) Ultra architecture to incorporate its latest VideoMark live profile designed specifically to protect valuable linear content such as premium live sports against real-time re-broadcasting, as well as subscription fraud.

Most recently the focus seems to have switched to the quality angle, notably with Sweden’s Net Insight launch of its OTT solution called True Live in November 2015, already adopted for a global OTT service by Indian Telco Tata Communications.

This is a significant step forward for OTT but has been oversold as the ultimate solution for OTT, implying that all the problems of premium stream delivery have been solved at a stroke. What Net Insight has achieved is to synchronize OTT streams with the broadcast signals, opening the door to a range of opportunities around interactivity and social interaction. It becomes possible for example to transmit different camera angles as online streams for display on companion devices while the big screen focuses on the main action.

But True Live does not on its own do anything about the actual delay and there is even a danger that by synchronizing all signals the latency is only as good as the slowest. Net Insight admitted that in a few cases it might be necessary actually to slow down the broadcast signal in order to synchronize it with live streams. Equally the product does nothing directly to address quality.

Net Insight will contend that its True Live builds on its established technology in media aware video transport, which has indeed proved very successful in reducing latency for both IP contribution and primary distribution. For this reason Net Insight was chosen in December 2015 for a new IP distribution network by the Digital Media Centre (DMC), part of AMC Networks International. The network will be used for services including origination of over 100 TV channels and will enable migration of signal distribution from satellite to fiber.

But in practice Net Insight’s True Live will not always be operating over networks comprising its own technology and will have to cope with a variety of latencies. One of the main selling points has been the ability to eliminate the delay between the broadcast signal and live stream, which can accumulate during a session in the event of intermittent buffering to reach 30 seconds in many cases and occasionally a minute or more. As Net Insight has pointed out, this can reduce the quality of experience because viewers may be aware of key events such as a goal being scored before it appears on the stream. This may happen through social media or hearing a cheer from a neighbor. Yet if True Live merely slows down the broadcast it will do nothing to stop this happening in the event say of neighbors viewing the service via a different source, perhaps a rival pay TV operator. 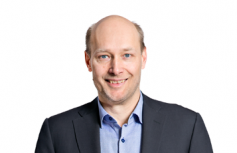 Synchronizing OTT with traditional broadcast will bring new revenue opportunities for operators, according to Per Lindgren, Senior VP of Strategy & Business Development at Net Insight.

This could happen given that there is competitive pressure on operators not just to synchronize OTT with live but also to minimize latency. Such pressure comes from some of the interactive services associated with live streaming, such as in-game betting. This is cited by Net Insight as a selling point for True Live, but really the requirement is for minimal latency rather than synchronization. Every second by which latency can be reduced translates into money when you are betting on the result of a tennis set or the half time score of a football match say. Heavy in-game betters will pay extra for a service that brings them the action from a game that little bit ahead of the rest.

That is where there is growing interest in technologies that accelerate live stream delivery, in some cases adapting proven methods from the field of WAN (Wide Area Network) acceleration in the enterprise data arena. But it also includes some start-ups dedicated to video, such as Israeli based Giraffic, launched in 2008, which in January 2016 launched its first client-side live streaming acceleration technology for OTT applications and services. Called AVA (Adaptive Video Acceleration), the aim is to ensure full HD and 4K streaming quality while reducing the buffering and delays experienced with HTTP Live Streaming.

This is a very technical solution combining a range of optimization procedures which work at the client end by complementing existing mechanisms embodied at the network level within the CDN (Content Delivery Network) ecosystem, as well as the video encoders and adaptive streaming software, whether that is Apple HLS, Microsoft Smooth Streaming or MPEG-DASH. The focus is on constantly adapting sessions on the basis of changing conditions in the network determined by use of real time analytics. Periodical checks are performed to update monitored network statistics reflecting the most current conditions and then accordingly selecting the most appropriate acceleration strategy at that time. For example the number of concurrent sessions and size of data chunks can be constantly varied on the fly.

Giraffic’s focus is as much on quality as latency, in fact aiming to reconcile the sometimes conflicting demands of the two. But according to video monitoring vendor IneoQuest, it is impossible to optimize OTT stream quality to the full potential of the network until further progress is made refining measures of video quality. IneoQuest’s key message, articulated recently by Kurt Michel, Senior Marketing Director at IneoQuest in the dedicated OTT technology journal nScreenMedia, is that video quality needs to be measured at different parts of the end to end delivery pipe in order to take any necessary corrective action in time.

As Michel pointed out, there are plenty of analytics tools available capable of measuring playback quality on the user’s device. But by then it is too late to do anything about it since the tool is merely confirming what the customer is already experiencing. Such tools may enable the operator to react faster to the problem and so annoy the customer less, but still fail to pre-empt it.

Michel therefore calls on the OTT industry to grow up and start collaborating to develop well-defined real-time quality metrics that can be applied at clear handoff points between the multiple elements – and vendors – in the distribution pipeline. It is time he argues to stop apportioning blame and to focus on preventing the issues in a collaborative manner before they occur. Then it becomes possible to start applying service level agreements on an end-to-end basis across a whole delivery chain comprising numerous elements and variable paths.

This remains some way off at present and indeed IneoQuest’s argument highlights why it is premature to talk about game changers for OTT.