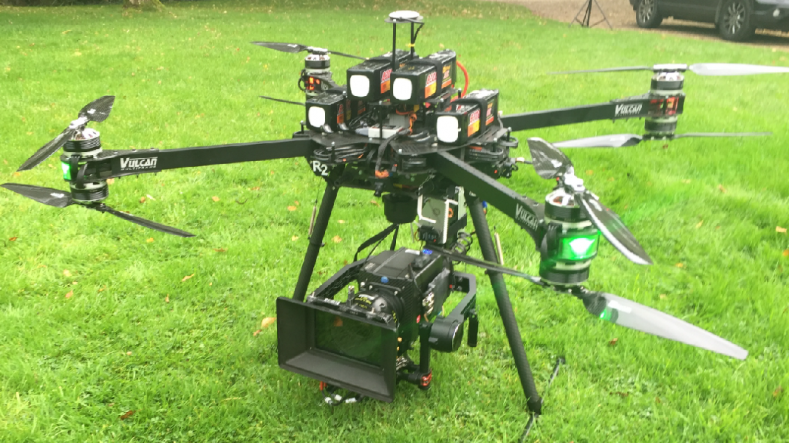 When it comes to capturing aerial shots, nothing can beat a drone flown by an experienced pilot working along side a good photographer. Newbies to the technology benefit from learning by those already up-to-speed. Read on.

2014 was allegedly the year of the selfie and The Telegraph was quick to herald 2015 as the year of the ‘dronie’, i.e. the sky selfie. It has been making the rounds on Instagram for quite a while now and the first company to put it to work for it was Twitter, at the Cannes Lions advertising industry festival. And now Tourism New Zealand is offering skiers and snowboarding aficionados an 8 second clip taken by one of its two DJI Phantom Vision2 drones. The tourists then receive the videos on their phones and are encouraged to share them on social media, under the hashtag #NZdronie.

Why drones are especially valuable to photography and film making

All of the above would lead one to believe that the trend just popped up overnight and instantly rose to fame, at the same time as tiny action cameras (cue the GoPro revolution). However, the concepts of aerial photography and videography have been around for as long as the technologies themselves—and they’ve been revolutionizing art and society in the process. André Kertész’s famous aerial photos of shadows cast by human silhouettes are influential to this day. Some drone photographers, such as Tomas Van Houtryve, employ the technique to get spectacular shots.

Drones have also been used to highlight societal and environmental concerns, such as China’s pollution and bureaucracy, recently explored by Edward Burtynsky and his drone. Drones are, of course, used by paparazzi, who are trying to sneak in on celebrity weddings with newfound ease. Major news channels have used them to relay the situation cause by the Philippines’ Typhoon Haiyan—and new ways of exploring their benefits are bound to crop up, as both technology and image-capturing techniques evolve. They’re already becoming apparent, thanks to the dedicated community on Dronestagram: one of its members successfully photographed an eagle for a National Geographic competition by flying only a few inches above it.

In case you’re wondering why the world needed drones—as if helicopters weren’t enough!—prepare to reconsider. They can fly a lot closer to the ground, some are small enough to successfully fly through tree branches, and they can successfully orbit tower steeples. A skilled drone pilot can fly one only inches away from a wall and professional-grade models are stabilized to hold up in the face of high winds and find their way back safely with the help of their built-in GPS system. A 2011 BBC documentary titled Earthflight used the comparatively more silent drone to shoot flamingo birds, which the sound of a chopper would have definitely scared away. 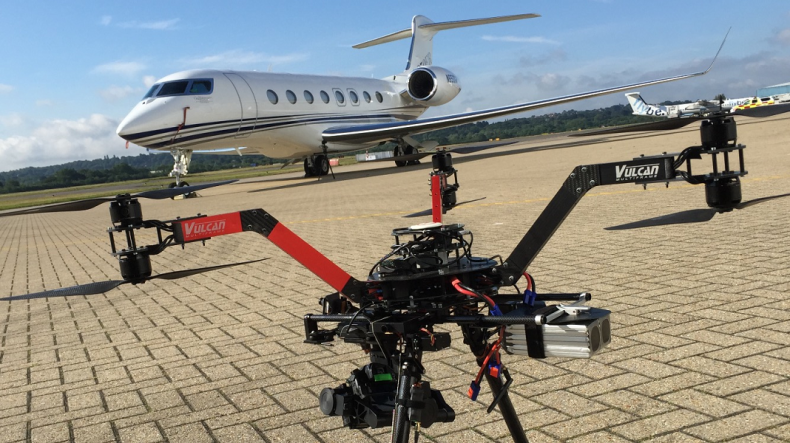 Shown here is a Vulcan Multiframe UAV. A key feature is that the frame is built from high-quality quality carbon Fibre and is fully customizable. Users can change the frame design to support different gimbles and camera loads.

Types of shots only a drone can get

If you’re just getting started with drones, it might be a good idea to check out a comprehensive guide first. Because shooting with a drone both is and is not at all like any other image-capturing technology you’ve used before. In terms of technique, it somewhat resembles shooting with a jib, steadycam, or dolly. There’s no ground to keep you in place, of course, but the focus is still on making very small movements and moving at the slowest and smoothest possible pace. By and large, most aerial imagery taken by drones is based on the following essential types of shots:

But, aside from these essentials, there are several more complex shots you can take, either by combining the techniques above, or by finding creative ways to reveal your subject. Here are some interesting ways of capturing aerial footage: 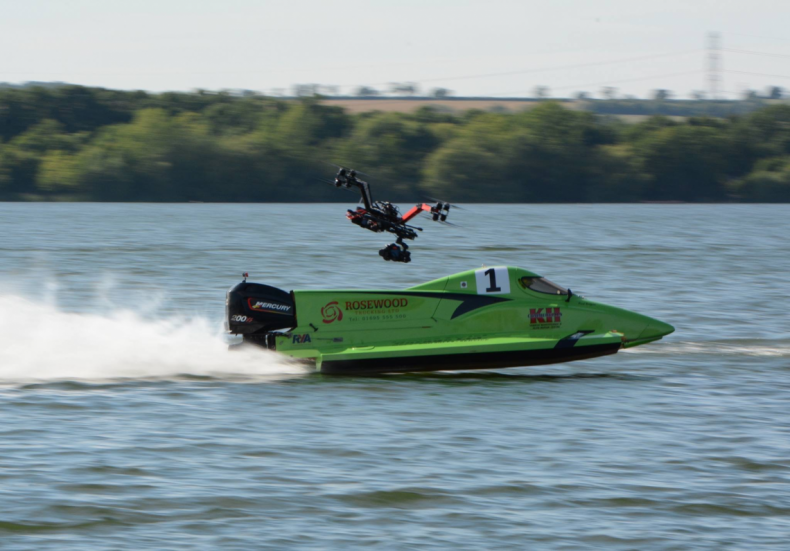 Capturing fast-paced action, especial if the object turns, requires both an experienced pilot and high-quality equipment.

The cost effectiveness of drone photography and cinematography

Let’s get something out of the way right off the bat: drone photography and filming are expensive. Sure, you can buy your first one off Amazon, at £30 a pop, but there’s no way you’re going to be able to use that drone professionally—save, perhaps, in order to get acquainted with the basics of piloting. That being said, it’s also important not to overspend when you get started. The world of drones and their accessories is infinite and the beginner might find it overwhelming and/or get carried away. Without further ado, let’s take a look at some of the costs you can expect to incur, if you seriously want to get into drone photography:

After all is said and done, though, there are plenty of ways to make money as a cinematographer or photographer equipped with a drone. Community site Dronelife recently launched JobForDrones.com, a listings portal for aerial photographers. As the site advertises, some of the more popular types of jobs for such professionals for hire include:

--and lots more to come! 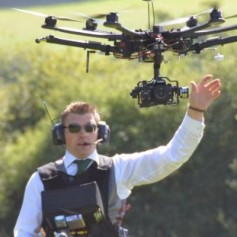