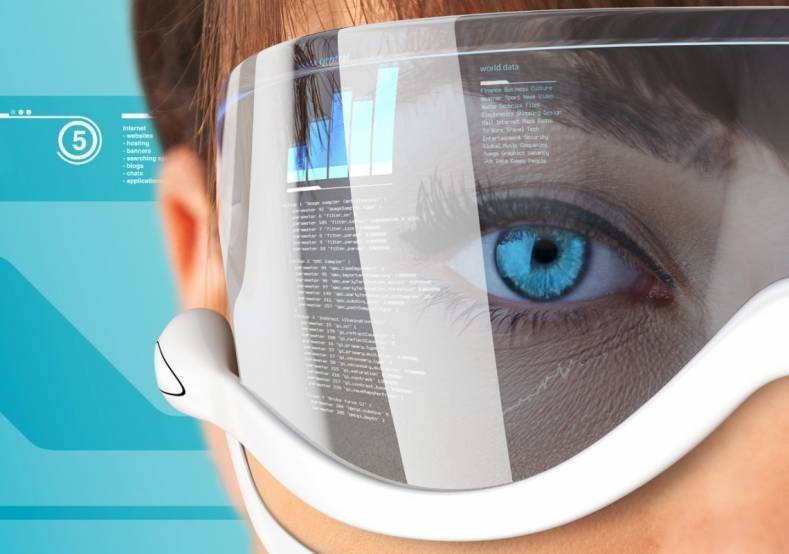 Augmented Reality and Virtual Reality are different, yet both both are chasing the same economic holy grail. Image: Klimake.com

Unless you’ve been sleeping, it’s hard to miss all the recent hype about technology that takes us to alternate realities. It began in the world of video gaming, has attracted major investors and is now positioned as “the next big thing” in the world of must-have gadgetry.

Today, news, sports, music, film, social media and virtually every other form of visual entertainment content provider is dabbling with the technology — trying to find out what works and what does not in this uncharted territory. It is a period of intense experimentation.

The truth is this technology is still another high-tech bet and there is little evidence yet — other than the optimistic proclamations of high-tech investors — that the public even wants to alter their reality with computer-aided electronic googles. It’s still essentially a big gamble.

For the uninitiated, here’s a brief tutorial on the technology, the players and the experimenters trying to define new applications that can use alternative realities to commercial effect.

There are currently two key kinds of technology in use. One is augmented reality, or AR, and virtual reality, or VR. Both are different now and both are chasing the same economic holy grail. At some point in the future, some predict they will morph together.

Augmented reality (AR) blends virtual reality with real life. It enhances what we see via smart glasses that overlays 3D, contextually aware graphics and data onto our view of the real-world. Developers of AR can create images within applications that mix together with real objects. It’s important to remember that users of AR technology can always distinguish between what is real and what is not.

Virtual reality (VR) creates a totally virtual world that immerses the user and shuts out reality. This environment is designed in such a way that users find it difficult to tell the difference from what is real and what is not. With VR, users are immersed in an alternate, 360-degree “world,” either live action or computer animated, using a headset that tracks head movements. 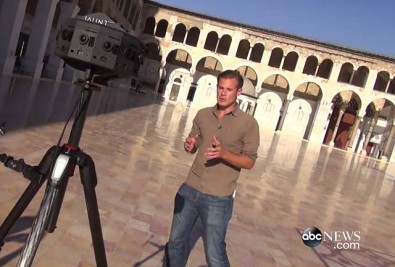 AR adds layers to reality and is designed to be used in public. It can be social. Users can hold a conversation with a friend, customer or colleague while wearing AR spectacles, though the social implications of that is still undetermined.

VR, on the other hand, was designed to be used in private. Though this has not stopped Facebook from trying to create new social interactions in virtual spaces. Facebook with its $2 billion acquisition, Oculus VR, is seeking to experiment in shared, virtual cinemas and user-created, 360-degree videos.

Both VR and AR are similar in they have the goal of immersing the user in an alternate space. The two technologies operate differently. A good example of AR is Google Glass, where data is superimposed over the user’s view of reality, or Microsoft’s HoloLens, where all the computing technology is contained inside the wireless googles.

VR, which uses a smartphone or tablet, works better for video games, realistic stories and social networking in a “world” where the entire environment is artificial and created.

Certain investors are betting on AR having more commercial success because it does not completely take people out of the real world. A major player in the AR space is Microsoft. Its HoloLens allows users to play the game Minecraft overlaid on the user’s living room furniture, which allows the player to pin and walk around “holographic” objects.

Though video gaming is a major thrust of the two technology initiatives, news outlets in both television and newspapers have joined the fray. Each news content provider is seeking better and more unique ways to catch the attention of and to tell news stories to younger people.

ABC News recently enabled its viewers to see a different kind of image though a 360-degree shot made possible through virtual reality. “Nightline” correspondent Alexander Marquardt offered a rare look inside Damascus, Syria, and some of the work being done there to preserve antique treasures.

During the report, viewers were prodded to check out a panoramic, practically three-dimensional view related to the report that can be accessed anywhere on mobile or desktop by visiting ABCNews.com/VR and by downloading a virtual-reality app from Jaunt, a developer of virtual reality hardware and software for iOS and Android devices.

The device ABC News used for its Syria report has 16 different cameras mounted on it. The images are then “stitched” together to create the 360-degree view. ABC has also used VR technology for the visit of Pope Francis to the United States, trips to places like Cuba that have been difficult for many viewers to reach or in coverage of the 2016 race for U.S. President.

The technology “takes our storytelling to a new frontier,” James Goldston, ABC News president, said in a memo sent to his staff. “And I can’t wait to see how you use this new technology to engage our audience in thrilling new ways.”

Other news organizations, including, The New York Times, The Wall Street Journal, ABC, CNN, The Associated Press and Vice, have all done virtual reality projects. 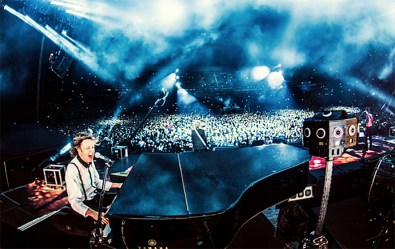 Nonny de la Peña, a former correspondent for Newsweek, is now producing virtual reality news projects in Los Angeles and teaching other journalists how to use it. “It is a natural extension for a generation growing up with gaming,” she told the New York Times.

According to a review by Pew Research Center’s 2015 look at the state of news media in the U.S., 39 of the top 50 digital news websites had more traffic to their sites and associated applications coming from mobile devices at the start of 2015 than from desktop computers.

This shift to mobile technology may be driving the interest by news organizations to VR as a way to attract young news junkies casting about for programming on their smartphones or tablets. 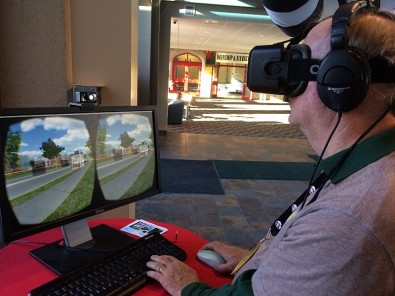 In the next few weeks, affordable AR and VR viewing devices will be coming on the market. Samsung, Sony, HTC and Facebook (Oculus VR) will introduce new viewers. Disney, Comcast, Time Warner and Legendary Entertainment are creating content for the machines.

The Piper Jaffray investment bank predicts that by 2025, the market for virtual reality content will be $5.4 billion, while the hardware component will be worth $62 billion.

But the evolution of the technology will take some more time and experimentation. “We’re at the brick-size cellphone days of VR,” Ted Schilowitz, the in-house futurist at 20th Century Fox, told the New York Times. “The technology works. It’s remarkable. But it is nowhere near good enough, on any front, to take on mass, mass adoption.”