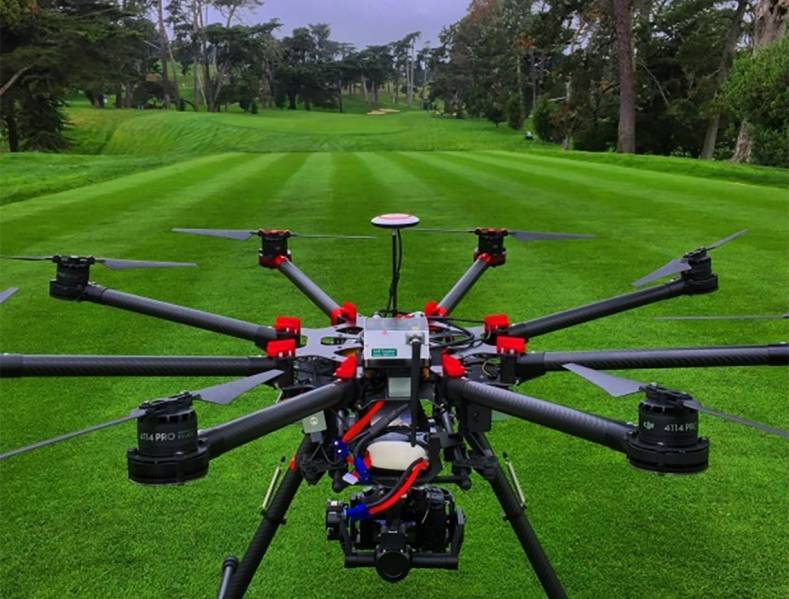 Fox Sports used a drone for the broadcast of the US Open golf tournament.

With close to a 1000 CAA licensed drone operators in the UK the challenge of finding a company capable of doing the right job is presenting an issue for film and TV producers. The industry is growing so fast that researching an outfit by viewing their website or requesting a showreel is not sufficient. “This is the most we are tackling at the moment,” says Ben Fisher, Co-Founder & CEO of UAV bookings agency Bookadrone. “How do producers distinguish the options and make the right choice in an increasingly busy market?”

Here is some guidance for prospective producers in search of a drone operator:

First and foremost, anybody buying a drone service must do so from a licensed operator. This will mean that the pilot has been trained, understands the rules and regulations of the country of operation and obtained a permission for aerial work. In the UK, the UAV company also needs a CAA-certified operational licence which includes insurance. All of these have expiry dates and need to be kept up to date.

The standard CAA licence forbids flying anything heavier than 7kg in congested (heavily populated/urban) areas but operators can obtain a special licence called Congested Areas Operating Safety Case (CAOSC) from the CAA to fly UAVs weighing up to 20kg anywhere.

Most operators are licensed to fly in the daytime, some have exemptions for night flying too.

Weather conditions can play havoc with any location shoot but excessive wind will ground flights. Clearly, it's hard to judge that until a few days before the shoot but a contingency plan is handy should the UAV action be postponed.

Most operators need to adhere to a flying ceiling 400ft altitute above the point of the take off and 500 metres horizontally away from people or structures and they must have visual line of sight. This is a pretty standard box for UAV filming.

Rates vary between £800 to £2000 ($1.200 - $3000) per day (with the more experienced pilots commanding a better rate) but average around the £1000 mark. This fee includes everything from pre-planning, including sight recces and gaining access permissions to film, as well as the acquisition kit of rigs, cameras, batteries etc. A typical set-up will be a DJI S900 with a payload that supports a DLSR camera such as the Panasonic GH4.

It pays to pre-plan of course, rather than leave everything to the last minute. Bookadrone enquiries average out at two-weeks prior to shooting, but Fisher says a month would be better. Some CAA air traffic control permissions can take seven to ten days. “You want a good, detailed brief including of the flight location which is critical to start the planning process,” he says.

For heavy-lifting of cinema-style cameras (RED, Alexa Mini, F55) the DJI S1000 octocopter or Intuitive Aerial Aerigon hexacopter are popular airframes. The additional propellors generate greater lift although by upping the payload and the specification of the machine the price will rise also.

There are one-person operable drones and also follow-me style ones which don't require a pilot but professional film and TV makers won't get more than basic shots using this route.

A spotter could be added to the crew at a rate of around £200 per day. While the pilot flies and the camera-ops controls the gimbal and liaises with the DP, the spotter will be on crowd control duties.

Fisher suggests that there's widespread concern among UAV operators about the downward pressure on rates but that rates are likely to reduce further as more competition and cheaper kit arrives to market. Partly for that reason he believes operators need to distinguish – or better market - their specialisms and capabilities

Bookadrone is building a new web platform, called Air Atom, which aims to help educate media buyers about the various specialisms on offer. It will also contain a database matching clients with the right UAV supplier.

“UAV services for media are different to those with clients in data acquisition such as surveying for agriculture, mining or property,” Fisher explains. “The media side is more creative. It's about interpreting a brief or an idea from a production company, brand or director. The piloting of the drone will tend to be more precise. The data acquisition side of things will likely become increasingly automated.”