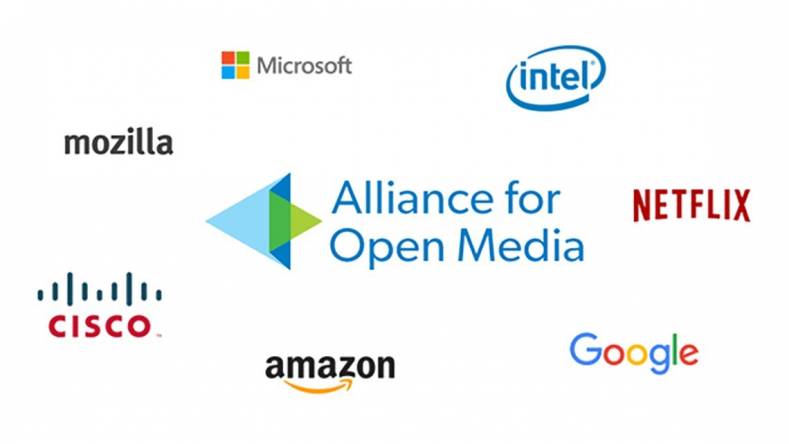 While most traditional broadcasters see the distribution of 4K video far into the future, Internet companies see the transmission of flawless 4K a priority facing them today. That’s why seven major companies formed the Alliance for Open Media this month to take on the current HEVC/H.265 standard.

The Alliance for Open Media is an open-source project to develop next-generation media formats, codecs and technologies at a lower cost. Its founding members include Google, Amazon, Cisco, Intel, Microsoft, Mozilla and Netflix. The group is committing “its collective technology and expertise to meet growing Internet demand for top-quality video, audio, imagery and streaming across devices of all kinds and for users worldwide.”

Formed in early September, the alliance said its next-generation video format should be interoperable and open, optimised for the web, scalable to any modern device at any bandwidth, designed with a low computational footprint, optimized for hardware, capable of consistent, high-quality real-time video delivery and flexible for both commercial and non-commercial user content.

This initial project of the alliance will be to create a new, open royalty-free video codec specification based on the contributions of its members. That translates to an end-run around the high licensing costs of HEVC.

“Customer expectations for media delivery continue to grow,” said Gabe Frost, executive director of the alliance. "The alliance brings together the leading experts to work together in pursuit of open, royalty-free and interoperable solutions for the next generation of video delivery."

A major name in the alliance is Google, who has been openly working on its own technology in an attempt to speed up high-resolution video delivery on its Youtube service. Google has been using a code called VP9, an open and royalty free codec that’s been in development since late in 2011. Its goal has been to offer better compression efficiency than High Efficiency Video Coding, or HEVC.

On September 12, 2014, Google announced that development on VP10 had begun and that after the release it plans to have an 18-month gap between releases of video formats. In August 2015, Google began to publish code for VP10 and is already adding the new code to its VPx software, which it acquired in 2010. Google has set a goal to have VP10 fully working within two years.

HEVC, also referred to as H.265, is the frontrunner standard and used in today’s Blu-ray discs, smartphones and television sets. It was finalized as a standard on April 13, 2013 and updated last year.

Patent royalty requirements from a group called HEVC Advance, made up of the above listed companies, charge a fee of 0.5 percent of all revenue derived from HEVC-encoded video.

HEVC roughly doubles the data compression ratio compared to H.264/MPEG-4 AVC at the same level of video quality. The codec can support 8K resolutions up to 8192 × 4320.

A Google executive said the HEVC Advance charges have made companies look at alternative codec options. The alliance is one of them. Those hefty license fees is why Google bought VPx technology with its $123 million acquisition of On2 Technologies in 2010. Last year alone, YouTube delivered more than 25 billion hours of VP9 video.

In addition to Google, Cisco’s Thor and Mozilla’s Daala codecs were also developed to move ahead of existing standards and to avoid having to pay high royalty fees to HEVC Advance. The two companies are contributing their technology to create a royalty-free standard called NetVC, which hopes to launch in 2017. Both companies are also founding members of the Alliance for Open Media.

“We have been very vocal about our desire to deliver a royalty-free codec and we believe that joining the forces of the designers of the Daala, Thor and VPx codecs in AOMedia will multiply our collective efforts to deliver next-generation media codecs, formats and technologies,” said Jonathan Rosenberg, CTO of Cisco Collaboration Technology Group.

“Our efforts will ensure high quality video remains accessible to all. Mozilla is proud to provide Daala alongside Thor and VP10 to advance this mission,” said David Bryant, vp of platform engineering and CTO at Mozilla.

"Google launched the WebM Project (a video file format that supports VP9 video and Opus audio) in 2010 in the belief that web video innovation was too slow and too closed, and that broad collaboration — in the open — would fix both problems,” said Matt Frost, head of strategy and partnerships at Google’s Chrome Media.

“The Alliance for Open Media is a big leap forward for these core philosophies, and we’re gratified that our AOMedia partners share this vision. Our combined strength, resources and expertise will drive the next generation of web media experiences much further and faster than WebM can do alone," Frost said.