Metadata in Production. We have been keeping records in media for well over a hundred years. 3x5 index cards, and yellow legal tablets on a clip board were once the tools of the production assistant and librarian. Major studios all had their forms that production had to keep, which ended up in folders and later boxes. Some might have been (accidentally) stored with the media, along with the scripts and notes of the production staff. In a well managed production someone was tasked with keeping those records for everyone to access as the production moved from principal and second unit shooting to post production and release

We have been keeping records in media for well over a hundred years. 3x5 index cards, and yellow legal tablets on a clip board were once the tools of the production assistant and librarian. Major studios all had their forms that production had to keep, which ended up in folders and later boxes. Some might have been (accidentally) stored with the media, along with the scripts and notes of the production staff. In a well managed production someone was tasked with keeping those records for everyone to access as the production moved from principal and second unit shooting to post production and release.

The problem is that once a production was finished there was no one in many cases to take responsibility for record keeping. Much of the information gathered for many productions, for theatrical and later television release were lost after decades of storage. Sadly much of the original footage and intermediates for many productions were similarly lost to history.

The reasons are in many cases simply rooted in cost. Who pays for storage? If the content was very successful care might have been taken to preserve everything for re-release and repurposing of the originals. But if the financial viability of a re-use is questionable profit motivation seems to advance a ‘cut your losses’ mentality. Even people intimately involved sometimes don’t see the value in saving old media.

Groucho Marx’s grandson, Andy Marx, related the story of a chance phone call in 1973. ““I work at the NBC storage warehouse in Englewood Cliifs, New Jersey,” the man said. “We’ve got several boxes of 16mm reels of film from ‘You Bet Your Life’ and we were wondering if Mr. Marx wants any of it. If not, we’re going to destroy all of it tomorrow.” Andy continues, ““Tell him to burn them for all I care,” which received protests from Andy and others visiting with the famous comedian that day, including Jack Nicholson. The result was about 5,000 reels of content saved. It is safe to assume the production records were not seen as having the same value and were lost to posterity and historians who could have pieced together a wonderful narrative. This story is repeated all too often, and not very often with the same positive outcome.

Digital technology might seem to provide tools to make record keeping and preservation easier. While that might be technically true, the reality is that the human and financial elements will always be impediments to what seem logical. But how important are the digital ‘fingerprints’ of production we call metadata? The simple answer is priceless.

Today metadata is captured in every part of the production process. Some data is necessary to reconstruct the content, and is most often called ‘structural’ metadata (sometimes called ‘technical’ metadata). That includes information necessary to be able to decode and view/use the content, like the wrapper type, coding standard (MPEG 2, H.265…), number of audio tracks and their coding, etc. Additional metadata is also captured in the camera today. While not essential to decoding things like scene and take number, time code and date, media ID (perhaps UMID), reel number, and more descriptive information like the production title, director, and content owner might be added at the time of acquisition.

Throughout the production process more metadata is added. When the content arrives at the producer/director’s laptop, perhaps on the day of production, takes might be marked as ‘good’ or ‘save’. A production assistant might add notes about continuity matters, like who was in the shot. The director of photography might note lighting and lens settings for later matching.

In post the edit decision list captures the obvious information necessary to assemble first into a rough cut and later into the polished final production. At that point references in the composite production back to the original media are stored, and information about graphics is also added. And so on through the distribution of the content. Lastly, additional information about rights management is added, along with references to copyright and other databases that are stored externally. In a complex distribution chain many versions with different coding standards are developed, transcoding the original for perhaps iTunes and web delivery, or video on demand and packaged media sale. Some that that will be new structural metadata, and may include new edit lists for the needs of specific platforms.

Each new cut or delivery master will include a chain of metadata referencing back to the original camera footage, and each piece of metadata is additive to the total ecosystem. There can be few more rich examples than Major League Baseball.

MLB captures every game for many uses, including the review of controversial plays and the resale of content on new platforms. Games are segmented and a treasure trove of metadata captured with the essence is added. Much of it comes from secondary sources, like the radar and camera imaging of the pitches and batted balls. But much more metadata about the game is captured and stored every day. Who was at bat, who was pitching, the ball/strike count, time of day, temperature, location, and of course a content identifier, like a UMID, to link the essence and metadata for future re-use.

If you subscribe to MLB Advanced Media’s MLB GameDay APP you get access to highlight clips, or complete games at your option, plus audio and a display OF THE METADATA, that is so much like watching the game that it is surreal, but at data rates that would not support full motion video. You can watch each pitch…but you are only peering into the treasure trove of metadata they have added to the original stream of video. In truth, they have turned the metadata into content in it’s own right, with its own advertising, giving metadata both subscription and on screen sources of revenue. 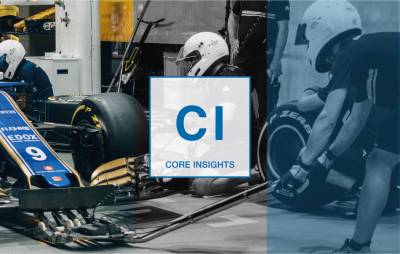