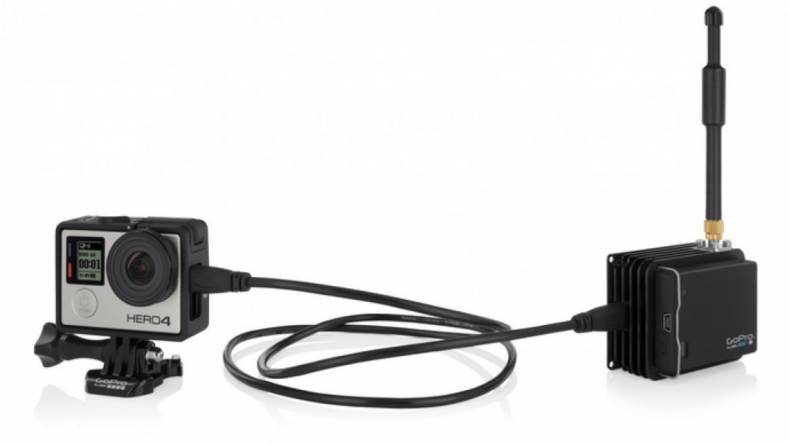 Multiple GoPro cameras can be genlocked with Vislink receivers and Timecode Systems interfaces.

While it is easy to mount multiple wireless GoPro cameras around an event area.The real issue becomes how to accurately switch between them. Fortunately, there now is a solution.

Imagine this. A major concert stage with multiple wireless GoPro cameras attached to musical instruments and microphone stands — each getting a unique point-of-view image than can that be switched and integrated live into a television broadcast or a large projection screen.

Or think of perhaps 30 or more wireless GoPro cameras at pivotal locations throughout a football stadium, any one of which can be switched instantaneously into a live broadcast – alongside any wired camera.

Such a scenario of accurately time coded and genlocked wireless cameras with no complex synchronization issues is reality. The technology is here and awaits integration by various third party companies manufacturing wireless action cameras.

The GoPro/Vislink wireless camera system, called HEROcast, was introduced at NAB 2015. Timecode Systems made it work for the NHL by adding wireless embedded timecode for each GoPro camera so they could be integrated with the other wired cameras covering the games.

Vislink receiver, a key component in the company's HEROcast system. The solution enables broadcasters to deliver immersive point-of-view footage to viewers with wireless timecode from each camera.

At the Stanley Cup playoffs, two GoPro wireless camera kits were installed in each goal post to provide a unique point of view — for both viewers and game officials. With timecode provided from the venue’s house system, the GoPro video feeds were sent not only to the OB trucks, but to the NHL’s situation room in Toronto, where operators were able to monitor up to 16 simultaneous feeds.

Whenever a goal was scored or a contentious scoring play occurred, the NHL used its in-house instant replay camera/server system to provide quick analysis. That analysis was available to each game’s referees and goal judge via dedicated return video feeds. The timecode ensured that all wired and wireless cameras in each stadium were synchronized with each other. 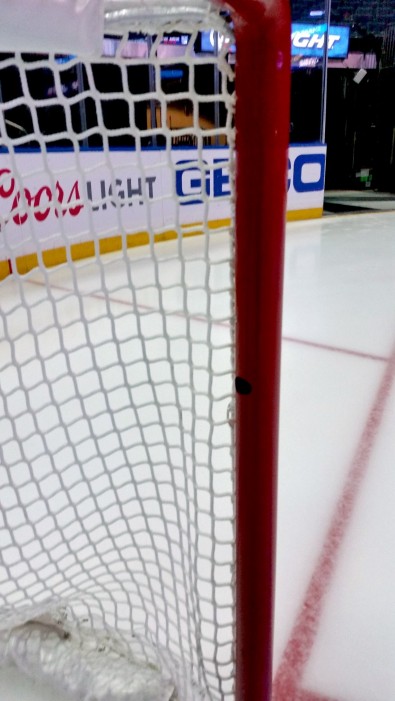 GoPro and Vislink’s HEROcast system was designed to allow professional broadcasters to deliver immersive point-of-view footage to home viewers. The system uses GoPro’s range of mounting accessories and has been tested by several sports organizations. A HEROcast system costs $7,500.

But the HEROcast system alone doesn’t have timecode or the ability to genlock to other cameras. This is where Timecode Systems, based in Worcester in the West Midlands of England, comes in. When the NHL called with only two months to go before the Stanley Cup games, the company put together an off-the-shelf system using several of its Timecode Buddy mini TRX and RX components. 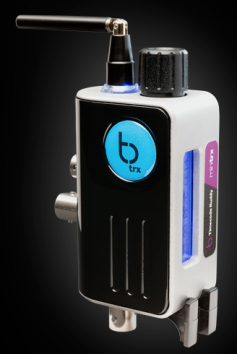 The Mini TRX transmitted “house” TCXO timecode wirelessly in a 1200-foot line of sight to the tiny 4.2 ounce, battery-operated :mini RX receivers mounted with the camera kit on the goal posts. When in RF lock mode, the Timecode Systems devices are accurate to within less than five microseconds of each other.

This timecode is then embedded into the video signal through an input in the Vislink wireless video transmitter. At the Vislink receiver in the arena ceiling, the signals are received and converted to HD-SDI with the timecode included in the outgoing HD-SDI stream as ANC timecode data. 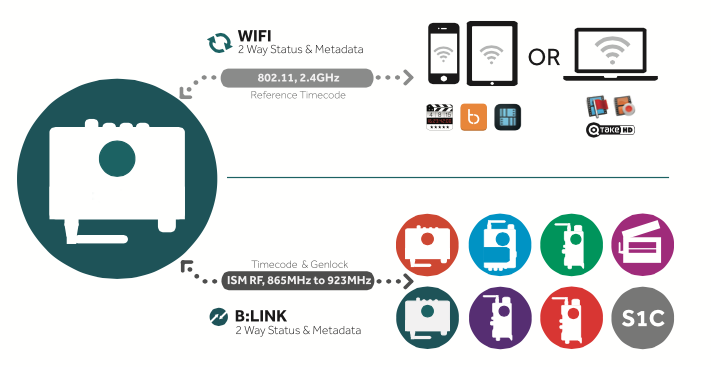 This ensures that all cameras are synchronized, regardless of any local encode/decode or TX/RX latency. The signals are then distributed to the NHL situation room in Toronto, to the house video production area and to the OB vans covering the event.

The Timecode Systems gear uses the ISM (Industrial, Scientific and Medical) radio band, which utilizes unlicensed frequencies (915 to 918 MHz) and is reserved for short range data-only. The frequencies were ideal for use in the highly congested RF environments within NHL hockey arenas.

“The NHL had previous trouble with wireless frequencies during games. But the ISM bands are under utilized and it’s very rare to get any kind of interference using them. You can’t transmit on the fixed frequency more than one percent of the time, so you have to frequency hop, which we do,” said Paul Scurrell, managing director at Timecode Systems.

Though Scurrell said HEROcast and the NHL’s use of its wireless timecode system is a notable beginning, it’s only the start of where the technology is heading. 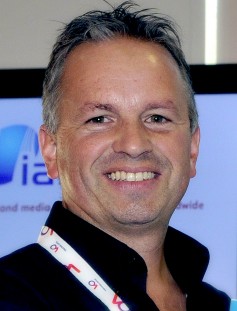 Timecode Systems, Scurrell said, has spent the past year compressing all of its technology into a tiny OEM module called System One, or S1C. It’s now a complete development kit available for an integrated LTC/SYNC generator, two-way ISM band transceiver and/or Wi-Fi in a single module.

The module can be licensed to wireless camera makers to include wireless timecode and genlock within their cameras. System One also offers a return link that allows the wireless camera’s status to be read at a remote location.

Timecode systems' System One OEM module can be licensed by camera manufacturers so they can provide wireless timecode and genlock.

“Our off-the-shelf products in their basic form provided incredibly accurate wireless timecode sync,” he said. “But now we’re moving to the next level. Rather than just thinking of a wireless time code solution, it’s actually more relevant to speak of it as a wireless genlock solution.

“Any wireless camera can not only get very accurate timecode and genlock locked to it, but the remote status of that unit can be sent back in the OB truck or control room,” Scurrell said. “At one location, a director can see if the camera is recording, whether it’s locked to code and the remainder of its available battery life. We call the return the B:link network.”

Timecode Systems, Scurrell said, is now showing its S1C module to wireless camera manufacturers. Though he said prices are negotiable according to quantity, the wireless timecode/genlock/monitor feedback features would not add significant cost or size to the camera. 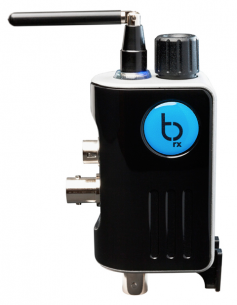 The use of wireless action cameras with accurate timecode and genlock technology could revolutionize live and pre-recorded television programming, Scurrell said — bringing them from individual action videos to full broadcast systems.

“It’s not just for sports, but any live or pre-recorded event,” he said. “You could effectively have dozens of GoPros or other wireless cameras in a sporting event, music festival or other public event — and it all could be easily switched and integrated live with the main cameras.”