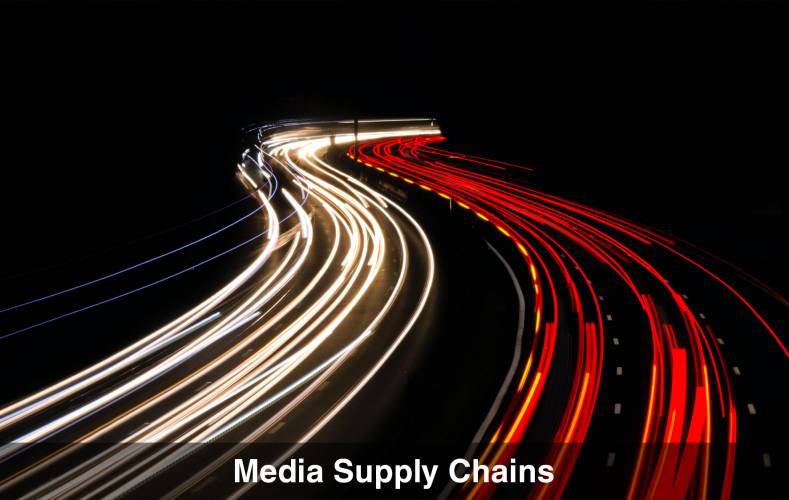 Now it is a question not just of making their assets available online, but serving a plethora of platforms with a full content offering at the same quality as their traditional linear outlets over DTT, DTH satellite, or non-IP cable. They are even having to go further now by delivering added value over the internet that is not possible with the more strictly defined bandwidth of their traditional channels, or without the full interactivity enabled by IP transmission. Furthermore, there is pressure to reduce the complexity and cost of serving multiple platforms, which is leading towards technologies that integrate broadband with broadcast more efficiently, and also to master formats that can embody the essence of multiple versions.

These factors are conspiring to drive broadcasters away from the original treatment of OTT-delivered content as a spin off from their traditional linear feeds towards a unified approach. In fact, the trend now is for a broadband-first or even mobile-first approach, with linear broadcast being the hanger on, destined eventually to wither on the vine. The old centralized thinking where all channels emanate from a single head end and fan out from there into multiple outlets and platforms is being reversed to be replaced by a device-first approach focusing on the user experience. This makes sense in the context of creating a harmonized experience across all platforms with more closely synchronized delivery of content to avoid the anomalies of people on some devices being up to a minute or two behind others.

This comes with a switch in emphasis from a push to a pull mode of delivery, where devices request chunks of content from edge servers closer to the points of consumption that in turn make it easier to synchronise timing and the overall experience, as well as the two-way interaction. Features can then be introduced that exploit the greater interactivity more than was possible with the clunky return paths of some legacy linear infrastructures. This enables content personalization, and targeted advertising which also, in the case of mobile devices, can take account of location.

The supply chain transformation required for harmonized broadband and linear services can be analysed and broken down in various ways under different headings, which can be quite arbitrary. Two fundamental pillars can be identified, the overall platform bringing linear and broadband together under the umbrella of IP, and the underlying ability to create a common version of content to avoid the complexities, storage and bandwidth costs associated with maintaining multiple versions. The industry has tackled these challenges largely from the bottom up, beginning with the unification of versioning around the Interoperable Master Format (IMF), which has been deployed increasingly over the last few years and is fast becoming mandatory. The UK’s BBC is one broadcaster that now requires all post-produced UHD (Ultra HD) content to be delivered using IMF.

Without IMF, video service providers of different types have had to deal with multiple versions to serve different device platforms, networks and varying requirements between countries. IMF addresses the need for multiple versions along the three dimensions of video, audio and metadata, noting that the latter serves various requirements, including identification, captioning, graphics and subtitling.

IMF is a relatively young format, having evolved for the broadband era and not really being required when TV was confined to the traditional over the air distribution networks. It emerged from the concept of the Digital Cinema Package (DCP), developed as a “packing crate” for online distribution of theatrical content, comprising a hierarchical file structure representing a principal title version. This became the standard for distributing theatrical content around 2012, and IMF is well on course for a similar role in TV.

With IMF there is just one master version of the essence, that is video, audio and metadata, wrapped using the SMPTE standard MXF (Media eXchange Format). Then there are multiple Composition Playlists (CPLs) to define the playback for each composition for whatever purpose, whether to serve different platforms or geographies, for example to cater for different languages in the audio. But at this stage of the cycle it is not clear what the precise requirements of the receiving platform are, which can have various encodes, sizes and audio types for example. A third component is therefore needed, the Output Profile List (OPL), which specifies the precise processing and transcoding instructions required for each delivery category, which could be a platform or a given enterprise.

This tripartite arrangement can be explained with the analogy of cooking a meal. The essence comprises the ingredients, the CPL the recipe, and the OPL the kitchen where the meal will be prepared, where variables include the available utensils and the cooker.

Although IMF is fast being adopted by broadcasters it was driven initially by the big OTT players, especially Netflix, which has described how it was used to simplify versioning with its earlier series House of Cards. The use of IMF enabled the opening logo to be upgraded to include sound without having any impact on underlying synchronization between audio, video and subtitles, just by making trivial adjustments to the various CPLs. There was no need for any additional Quality Assurance (QA), which would otherwise have delayed the release.

Apart from this benefit of simplifying incremental changes in logos or minor content revisions, as well as streamlining overall workflow, IMF beings some other significant advantages. One of these is improved video quality, since content distributors have access to a single master at the highest level possible rather than transcoded and processed versions.

There is then the higher-level question of converging broadcast and broadband under a common framework subject to a stratified workflow within a harmonized supply chain. There are several industry efforts directed at this challenge, notably DVB-I in Europe and ATSC 3.0 in North America. Between them these two cover most of the bases required for convergence between broadband and broadcast at the full-service level, and so not surprisingly there have been recent efforts to bring them together.

With this objective there was a seminal meeting in June 2022 at the IEEE International Symposium on Broadband Multimedia Systems and Broadcasting in Bilbao, Spain, where DVB Head of Technology Emily Dubs shared the podium with ATSC President Madeleine Noland. The two agreed that existing cooperation between the respective organizations should be deepened, leading towards a common system of service discovery in a broadband context, which DVB-I has already addressed.

There are differences between the two, with ATSC 3.0 focused more on harmonization of traditional over the air broadcast over IP, while DVB-I is in a sense further advanced by catering for migration of linear services to the internet. The DVB-I project has therefore addressed the challenge of ensuring that the quality of linear services delivered over unmanaged IP networks is at least as good as over the air.

There are areas though where ATSC 3.0 is more advanced, such as emergency warning systems (EWS), where Dubs admitted the DVB could benefit from the work already done.

Meanwhile, some broadcasters in Europe have already evaluated DVB-I after deciding this represents the natural evolution of broadcast TV. Italian broadcaster Mediaset is one that has just presented the results of a DVB-I proof of concept (PoC), and is now preparing to conduct a market trial, aiming to start in early 2023.

Mediaset has identified the real strength of DVB-I, which is not yet mirrored by ATSC 3.0, as being the ability to carry across long established benefits of the broadcast work to broadband delivery, such as protection of minors and minorities, access to scheduled programmes’ associated metadata, and catch-up services supporting interactive functions such as on-air programme restart. At the same time, DVB-I also provides the platform for then adding value through greater interactivity enabled by the broadband, such as personalization, deeper user profiling, and targeted advertising.

Mediaset has concluded that DVB-I is the only show in town so far guaranteeing the best transmission quality for present and future linear channels, superior to traditional over the air methods which are constrained in resolution by the bandwidth available in the electromagnetic spectrum. The broadcaster considered DVB-I to be the only fully mature technology that enables the best possible user experience after combining broadband with DTT or satellite transmission.

DVB-I then has a major part to play in future media supply chains for harmonizing delivery, likely to feed into other platforms such as ATSC 3.0, while relying on IMF for efficient versioning control.