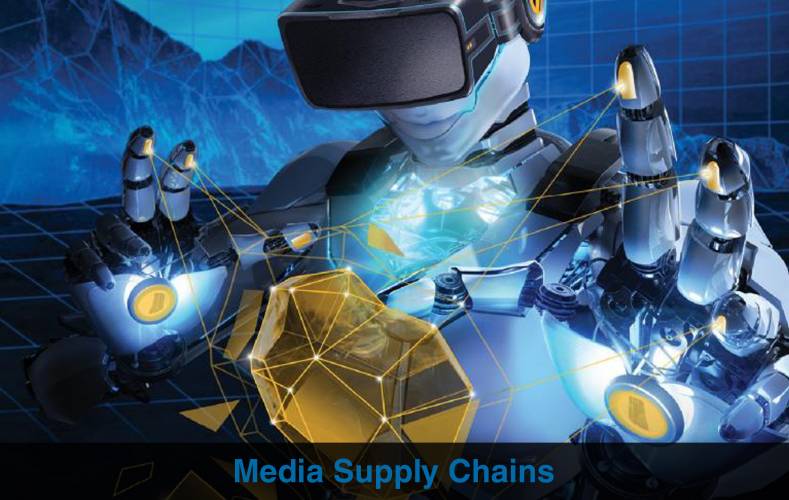 Proliferation of 5G-NR mobile services will shake up media supply chains over the next five years. Image courtesy of Intel.

We begin a new series of articles exploring things to consider when designing systems for the rapidly evolving world of The Media Supply Chain. We start with a look at the landscape of disruptive change, growth and the impact of migration to the cloud and 5G Broadcast.

First, we perhaps need to step back and ask what exactly ‘The Media Supply Chain’ is? Unfortunately, not everybody seems to be using the term in the same way. What seems to be agreed is that the media supply chain is fundamentally about the business of delivering content to consumers. For many, it is the processes which happen after production; the preparation and management of content for delivery to consumers, via OTA and streamed services, to the proliferating array of consumer devices. Others use the media supply chain to describe the entire broadcast supply chain, encompassing contribution, production and delivery.

At least there is more clarity over definitions of the fundamental components. There are three primary terms that embrace many of the underlying requirements, each one a subset of the next, that is; VAM (Video Asset Management), MAM (Media Asset Management), and DAM (Digital Asset Management). VAM at the bottom refers to the basic storage and search functions for pre and post production. VAM is part of the larger MAM, which adds more advanced capabilities for editing, collaboration, version tracking and sharing, as well as uploading to relevant online distribution channels where relevant, such as YouTube or even a social media site.

DAM in turn is an umbrella term for all digital assets including text, messages and all data comprising some form of object requiring management as distinct entities. MAM evolved as part of DAM specifically for storage and archiving of audio/video (AV) assets, but its remit has expanded in line with broadcasting as a whole to include distribution and as part of that streaming. More functions, including archive search and recommendation have been added with the arrival of the online era.

MAM then, as normally understood, is the most relevant of these three terms for the media supply chain, and as a result is a useful measure of the field’s size. Recently in March 2022 for example, market research firm Technavio predicted that the global MAM products market would increase at an average CAGR (Compound Annual Growth Rate) of 23.82% from about $3.4 billion in 2021 to $9.9 billion in 2026. The media supply chain as a concept has emerged from MAM as the scope has increased in the era of streaming and interactive video services, but MAM still serves a good yardstick for the field. While some other predictions differ from Technavio’s, there is little doubt that MAM growth is accelerating at present and was doing so even before the pandemic, on the back of other trends.

Media supply chains have been disrupted recently by several global factors, notably the Covid-19 pandemic, content proliferation, the inexorable rise of streaming, and the emergence of 5G-NR cellular services offering much greater capacity and performance than the preceding 4G/LTE generation. Even the definition has evolved slightly to include some of the qualities now required like agility and flexibility, as well as to reflect the rising aspirations of consumers to access whatever content they want, whenever they like, on whatever platform they have available. Disruption has been equally profound at the production and contribution end of the supply chain, where a notable impact of the pandemic has been to push forward on full remote production with greater automation, especially for coverage of live sports.

Moving To The Cloud

The pandemic also seems to have accelerated transition of the media supply chain to the cloud, especially for downstream distribution functions more easily offloaded from the premise. This led to many analysists anointing 2021 as the year of the cloud for asset management. Disruption caused by remote working practices during the pandemic exposed single points of failure in supply chains that were insufficiently flexible to adapt to the changes, while also rewarding those broadcasters or service providers that had already successfully addressed these issues.

The idea of moving to the cloud is that it offloads the problems of flexibility, future proofing and resilience to an external provider, such as a major IT company or hyperscaler, that has the resources and scale to be insulated against fluctuations in demand and local disruptions in activity. This has long been a motive for outsourcing technical operations to a larger provider with scale and it is worth considering that such moves have not always been successful. The false assumption is that the chosen provider is automatically competent and capable of providing the required level of service, which should be properly assessed before making a choice.

In the media supply chain case, there is also fragmentation of components and standards to consider around metadata management and other aspects, which can at least reduce the cost savings and efficiency benefits hoped for. The cloud media management market is still in its infancy, and we can expect considerable consolidation around many of the supporting functions and processes before the field reaches maturity and delivers on the promises made during the earlier phase of hype.

The Potential Of 5G Broadcast

Another area of great promise for MAM that is just emerging from hype is 5G Broadcast (5G-NR), which is already being trumpeted as a source of massive growth for the field. Intel for example has conducted a study predicting that 5G Broadcast will generate $1.3 trillion in new revenues for Media and Entertainment as a whole by 2028, with a major impact on the supply chain covering both B2C and B2B aspects. For B2C the main impact will be in driving growth in premium viewing on wireless devices, such as tablets and smartphones, at higher resolutions and frame rates. This will mean supply chains having to incorporate all platforms for almost all services.

More specifically, the combination of 5G Broadcast will encourage greater audience engagement at concerts and sports events, allowing more interactivity and access in real time to replays and ancillary content about performers or other aspects. This is already happening as 5G Broadcast starts to replace WiFi for such applications in some venues, enabling greater capacity, higher bit rate and lower latency.

On the B2B front, one of the interesting applications enabled by 5G Broadcast that is again already appearing is for video contribution, where completely untethered production platforms become possible, for both live events in the field and recordings in the studio.

There will still be cases though where 5G Broadcast, especially with earlier deployments, will not pass muster for production. This will apply mostly for content that requires very high bandwidth, because of the resolution, frame rate, or colour contrast, or combination of these. This means content in 4k/8K, HDR and HFR (High Frame Rate) especially, where 5G Broadcast in the immediate future may not provide enough capacity, certainly without the assistance of bonding multiple circuits together. 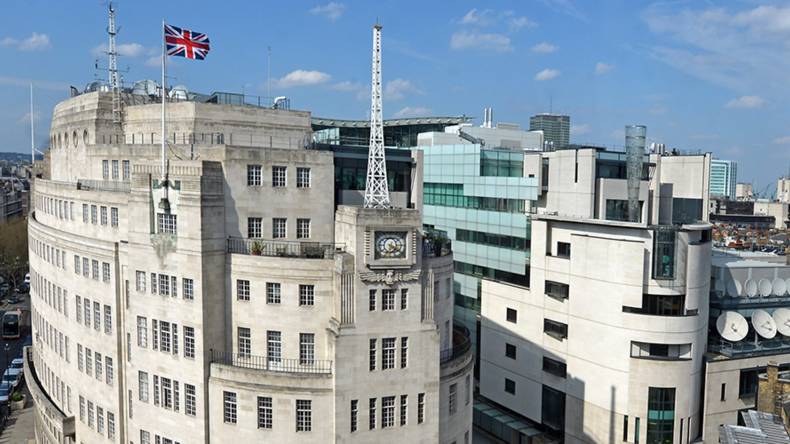 The BBC has been at the forefront of technologies for liberating historical media assets, including print and radio as well as TV.

The Rise Of AI

AI, usually meaning some form of machine learning (ML) based on neural networks, is another promising technology for MAM enjoying a spate of hype. It has already been applied for a few profile applications, such as tagging celebrities at events such as the recent Queen’s Diamond Jubilee celebrations in the UK. Beyond such publicity generating cases the real benefits of AI in the media supply chain will come from automating a lot of the manual grunt work associated with assigning richer metadata to content for archiving, to make it more searchable as well as enabling more effective recommendation.

The UK’s BBC is among major public service broadcasters that have already been quite successful in liberating massive content archives, in that case amounting to over 200,000 items, mostly TV and radio programmes, dating back almost a century. The archive has been made available for online search and almost immediate streaming via a tool called Programme Explorer, developed as part of the corporation’s public response to the pandemic, although work is still ongoing. Indeed, the increasing application of machine learning to enrich metadata about that content will make it easier for consumers to find what they want to watch, as well as for the BBC to recommend something they are more likely to enjoy.

For major OTT aggregators offering access to content from multiple providers and platforms, the challenge is greater in some respects despite not necessarily having to include such venerable assets as the BBC has, having to grapple with fragmentation of methods and metadata.