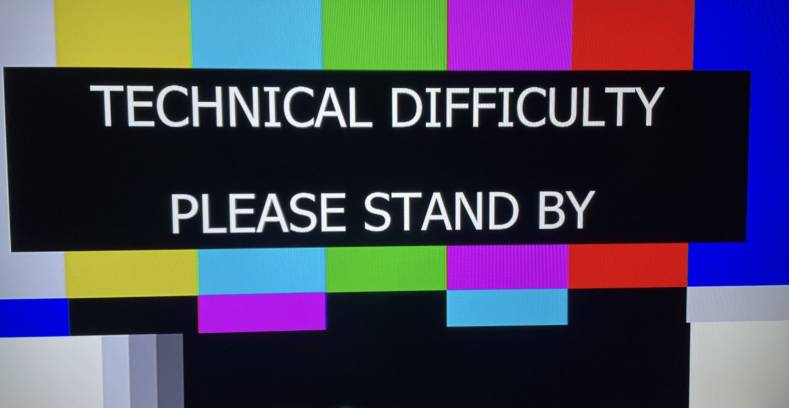 Golden Age radio and TV comedy pioneer Fred Allen is famous for saying, “Imitation is the sincerest form of television.” Proof he was right is that the ‘news, weather and sports at dinnertime and bedtime’ template has remained the foundation of local TV news programming and promotion for more than 75 years. Most newscasts present similar stories using the same template; the difference between stations is channel brands, personalities, and how they are promoted.

Comedian Fred Allen is also remembered for noting that “A celebrity is a person who works hard all his life to become well known, then wears dark glasses to avoid being recognized.” Most engineers and techs have worked with personalities like that, some for good reasons.

I used to occasionally stop by a popular local pub with the news crew after 10 P.M. newscasts. During a sweeps-month, the station broadcast a series of undercover investigations about loaded dump trucks illegally driving on highways without covering their loads. A burly patron near the pub door recognized a young reporter in our group and asked if he was the dump truck TV reporter. "Yes," said the proud reporter. “I’m a dump truck driver,” the patron responded, then he smacked the reporter to the floor and left. Sometimes, below the radar is the safest altitude.

Some of the most classic TV content ever created was captured and distributed for broadcast on B&W film before color TV or color videotape was invented, and much of it has withstood the test of time. Lower bandwidth required for B&W streaming and diginet classic TV channels makes classic B&W TV shows easily available and popular. Digitized classic B&W shows made from film originals can look quite good on a modern big screen TV.

The first all-color prime time network TV programming began in the US in 1966. Local color TV content wasn’t broadcast in most markets until the late 1960’s. Until then, studio cameras and news film were black and white and content was king. Classic color TV videotaped shows don't look that good on big screens compared with the pristine digital video viewers are used to watching.

Today, virtually all the technology behind the TV scenes has changed, and content remains king. Successful TV broadcast ratings continue to rely more on content, brand, personalities and promotion than backstage technical TV magic. That is, until the magic becomes a problem.

Broadcasting is showbiz and the show must go on. Throughout broadcasting history, everyone responsible for live radio and TV production has learned to appreciate ready alternate plans for every imaginable potential technical issue before it occurs. Live TV has unique Karma. When technology goes awry on the air, it often happens at the worst possible time. The more significant the event and the larger the audience, the more likely something highly unlikely will stop a program cold. World championships are a good example. In the past couple of decades, more than one world-championship network sports production lost power and the backup generators wouldn’t work. Viewers couldn’t ignore the embarrassment because the power loss became the focus of the show.

Live TV pandemonium is bound to ensue without a minimally disruptive workaround ready to keep a show moving on. For example, what if your production switcher or CG fails during a show? What if you lose your comm system? What’s your alternative if your local ISP connection becomes unreliable? Typically, broadcasters have detailed 'disaster recovery plans' for predictable emergency scenarios in fixed studios, control rooms and transmitter sites. Emergency plans for various technical problems in temporary outside operations are generally known as 'Plan B,' as in "Be prepared for anything."

Begging for local ISP service during a streaming meltdown seldom helps because it usually isn’t the local ISP’s fault. How do you circumvent internet service issues to keep a live event streaming live on the air with the quality broadcasters expect? Cellular data can be a show-saver if you’re prepared with a 4G LTE cellular broadband modem or a bonded cellular system, ready to switchover to a cellular ISP or ISPs rapidly.

Technical issues are not always about the technology. What if it rains? What if a camera operator doesn’t show up on show day? Anything that can possibly go wrong with people or gear leading up to or during a live outside broadcast deserves due diligence and a back-up plan.

Most broadcast and live TV production crews know exactly what worked and what didn’t at every production. The real Live TV action often quietly occurs behind the scenes. Crews know if a camera or mic is in trouble, and the TD and audio operator usually preview or audition sources before taking them live on the air. If there’s a problem, the director, producers, and crew must all be immediately notified so everyone can make the best show possible with new workarounds. The secret of live TV finesse is to not acknowledge technical problems on the air. Most viewers will never notice if they're not told.

The best way to avoid workarounds is to have on-site spares for everything. Some engineers call redundancy the N+1 rule, with N being the number of things you think you need, such as the number of cameras, for example. The “+1” indicates that N may not be as many as you might need in the heat of live production. Not every production or station can afford N+1 for its more expensive gear, but some solutions for common problems are literally pocket change. For example, a coin the size of a US quarter is useful to tighten the screws securing a camera to a quick release plate.

A typical risk that’s troubled many productions is wireless mic failure. Today, nearly everyone installs inexpensive fresh batteries in all the wireless mics used in a production. Some people like to pack extra wireless mic batteries in their pocket, just in case.  Sometimes talent turns their mic off for privacy and forgets to turn it back on. A dead wireless mic is one of the most common TV production issues that can be avoided with monitoring and spare batteries.

The fun of planning live TV broadcasts and particularly OB productions is developing a list of everything that can imaginably go wrong, including perhaps, the internet connection if you have no satellite truck backup. There is a near infinite number of scenarios to identify, consider, and develop plans for workarounds. It only takes one “That will never happen” scenario to spoil a show and perhaps wreck a career. A live TV show can go from a profitable ratings-magnet to a tune-out disaster in moments if stations have to interrupt it with a technical difficulties graphic. Worse case is that sponsors won’t pay for ads that run when nobody is watching.

One of the secrets of a successful field production is knowing and trusting who you rent critical gear from. I once rented a big power generator for a huge outdoor live production from what I was told was the most reputable generator rental company in town. The show was an all-generator powered, live on TV July 4th evening philharmonic concert and fireworks event, complete with 16 live cannons for the 1812 Overture. All the local commercial TV stations set up their remote trucks at the venue to cover the event live with multiple cameras. We started the rental generator, set up our lights and cameras, and everything worked. Isolated cameras were fed on different microwave channels to the station studios, located about a mile from the event.

The shockwave from the 7th cannon knocked out our rented AC generator. It was still running, but all our lights, cameras, production switcher and comm systems instantly went dark. It was a live TV disaster of the highest order that immediately killed our ratings and evening programming plans, and I was the EIC. I didn’t know the generator brushes were about to fail, but we got our visit from Live TV Karma at the exact moment of the 7th cannon blast. That evening was as close as I ever came to being fired on the spot. Everyone at my station was immediately distressed. Our competitors laughed at us and refused to loan us any electricity. I felt about one inch tall. Show over.

When I returned the generator the next morning, I told the salesman it had failed spectacularly. He indifferently said they were planning to replace the brushes after my rental. I relayed that story to my GM. He gave me a break and I learned to investigate and verify a generator’s maintenance history before depending on it for a Live TV OB production.