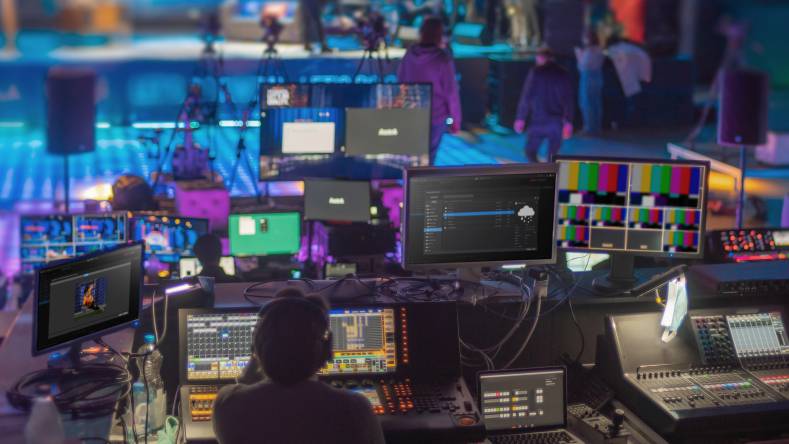 Mo-Sys bMR is a new category of product that combines an LED content server with a MOS controlled on-air graphics system powered by Unreal graphics. The product has been designed for broadcasters who want to transition to an LED based virtual studio, with MOS controlled on-air graphics based on Unreal, and is targeted at sports, news, and current affairs programming.

Mo-Sys bMR’s on-air graphics system offers three ways of displaying templated data-fed graphics; standard 2D keyed graphics, keyed 3D graphics, or 3D ‘in-scene’ Unreal element graphics. The system conforms to MOS protocol and can be controlled by commonly available newsroom computer systems (NRCS) such as Octopus, ENPS, or other popular NRCS. It is based on web browser technology and uses a fully redundant server/client architecture. Importantly, it is an on-premise solution and is not cloud-based.

bMR’s LED content server can drive any size/shape/pixel pitch LED virtual studio (equipped with sufficient render nodes), with the base system able to drive an LED studio with up to 8 million pixels. The system offers multi-camera switching capability up to UHD 4K resolution, enabling multiple cameras to be used with an LED volume, where switching between cameras is orchestrated with the LED wall updating correctly. Set extensions with simultaneous augmented reality (AR) are also possible, with the delay between the Unreal graphics perspective displayed on the LED wall, and the camera’s actual position, the lowest on the market today.