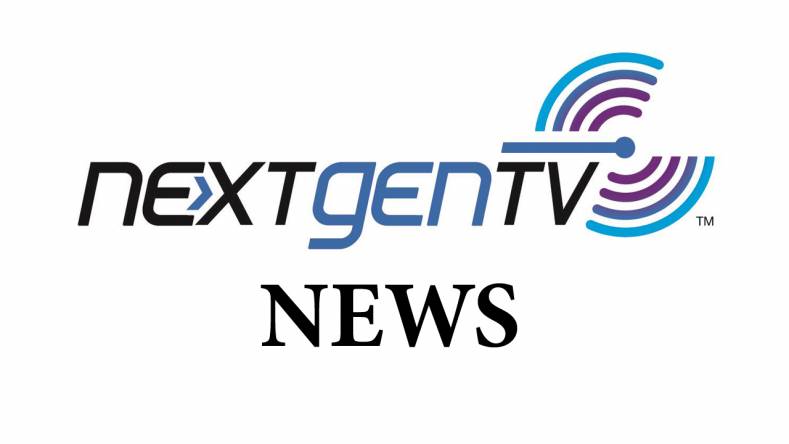 To put the state of the industry and NextGen TV in perspective, let’s investigate the numbers. According to the FCC as of 30 June 2022, 1756 commercial and educational TV stations were on the air in the US, along with 383 Class A TV stations and 1865 LPTV stations.

According to watchnetgentv.com, ATSC 3.0 is being broadcast in 54 markets, work is underway in 20 more markets and seven other significant markets progressing in Chattanooga, Chicago, Cleveland, Dayton, Tuscon, Jacksonville FL, and Wilkes-Barre, PA. Another list from a different source shows 58 markets served by ATSC 3.0, with another 27 in progress.

The FCC says, “Based on our records, ATSC 3.0 stations have been licensed to operate in 68 markets, though in some cases it may be a single low power television station. Furthermore, most markets with 3.0 deployments have a single 3.0 `lighthouse' facility licensed to provide ATSC 3.0 service.” Data the FCC collected cites ‘lighthouse’ stations in 38 markets and more than one ‘lighthouse’ station in 13 markets. The FCC also noted that “At least one full power TV station has been licensed to provide ATSC 3.0 services in 54 DMAs.”

Today, the only TV manufacturers offering TV sets with built-in ATSC 3.0 tuners are LG, Samsung, and Sony. At CES 2022, Hisense announced it would be including an ATSC 3.0 tuner in some of this year's TV set models but none are on the market as of July 2022. According to S&P Global, NextGen TV now reaches nearly 66.3 million unique households, which is approximately 51.1% of total U.S. households.

The ATSC recently announced the Sony Corporation tuner IC is the ATSC 3.0 Consumer/ Automotive market leader. Sony is building on its proven ATSC 3.0 tuner technology for TV/STB/Datacasting devices and recently released a 4-diversity ATSC 3.0 device designed for the connected car.

A technical session titled “ATSC 3.0 Datacasting – Real Experiences and Future Potential of Education and Public Safety Deployments and Use Cases” was presented on the exhibit floor at NAB 2022. Presenters were Mark Aitken, SVP of Advanced Technology and President at ONE Media 3.0, Mark O'Brien, President & CTO at SpectraRep LLC, Jason Quinn, Chief Engineer / Manager of Broadcast Technology at New Mexico PBS, and John Turner, Chief of Broadcast and Operations at Vegas PBS.

The presenters discussed multiple production-grade deployments of ATSC 3.0 datacasting use cases that launched in the past year across the U.S. These deployments demonstrate the value of one-to-many IP data delivery, prove the marketplace need, and are greatly enhanced with ATSC 3.0 adoption.

The presentations provided a technical overview, performance metrics, business opportunities, and lessons learned from those deployments, which include the largest digital broadcast remote education programs in the United States and multiple public safety datacasting service implementations. The group also discussed implications, motivations, and opportunities for supporting transition from ATSC 1.0 to 3.0 to better support these use cases.

Many Public TV Stations have been datacasting with ATSC 1.0 for more than 20 years. Most broadcast datacasting is focused on public safety and public service data, and remote learning educational content for homes without internet service. It is estimated that more than 50 million students nationwide don't have access to broadband.

South Carolina Education Television, for example, provides educational programming to 193,000 homes without internet service. ATSC 3.0 can deliver a massive amount of data compared to ATSC 1.0. Both standards are one-way only and require a data back-channel. Some gateway devices use a LTE component for a back-channel.

A growing digital divide has impacted many students without access to adequate broadband in their homes, and the pandemic has dramatically increased the inequities faced by those students. ATSC 3.0 datacasting has allowed broadcasters to rapidly and cost-effectively deploy services and low-cost, purpose-built ATSC 3.0 receivers to support at-home learners in locations without functional broadband access.

All content can be securely targeted to individuals or groups over the broad coverage areas reached by digital television stations, and it can’t be seen by non-authorized viewers. Datacasting in ATSC 3.0 provides a separate additive network that both interoperates with other networks via IP, and still works to deliver one-to-many content even when other infrastructure is compromised.

Sinclair Broadcast Group recently reported it is working with USSI Global to launch a datacasting business that will use ATSC 3.0 signals to deliver content and advertising to electric vehicle charging stations. Sinclair and USSI say their pilot program is the first commercial datacasting service using the NextGen TV broadcast standard.

The reason we examined the updated FCC Station Count statistics was to look at LPTV trends. To be competitive in the automotive data market, broadcasters will have to extend their signal coverage along major rural highways to match or exceed cellular data service coverage. I’ve often heard it said that LPTV stations will be used to fill gaps in signal coverage with cell tower-style remote NextGen TV transmitter facilities broadcasting mobile data near major rural highways.

The cost of a 1.5 KW LPTV transmitter, antenna, feedline and STL is approximately $100K. Compare that to what it costs an ISP to build a full-coverage, full-bandwidth wireless cellular facility. It’s much easier and less expensive to license, build, and network low power TV repeaters, and rely on LTE or 5G for back-channel confirmation of successful updates or data received.

At the moment, the FCC’s LPTV station count is in decline. Some were business failures, others never made it on the air. If the ‘broadcast internet’ business model performs as anticipated, broadcast mobile datacasting is bound to rapidly drive up the numbers of LPTV stations and translators broadcasting NextGen TV outside traditional DMAs.

Today’s mobile datacasting model is in its infancy. I suspect the number of LPTV stations and translators will boom once broadcast datacasting becomes practical, economical, and profitable for data sources, stations and groups.