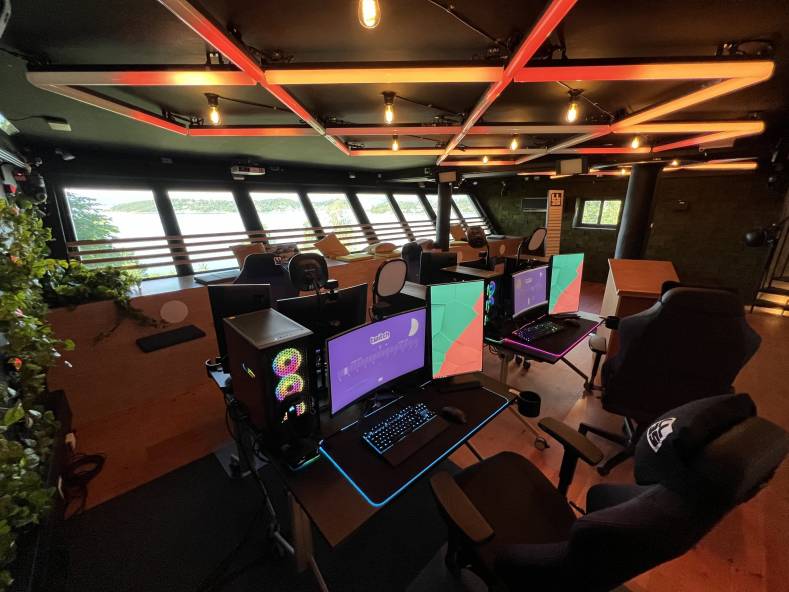 The NRK is known in English as the Norwegian Broadcasting Corporation. NRK is a Norwegian, government-owned, radio and TV public broadcasting company, and it is the largest media organization in the country. NRK is also a founding member of the EBU. NRK-TV produces daily evening newscasts, and several Norwegian versions of popular European entertainment shows including the Eurovision Song Contest.

Like nearly all broadcasters worldwide, one of NRK-TV’s primary marketing challenges is to attract young demographics. Some of the most popular TV programs among younger viewers are reality shows. What reality shows lack in scripting, they make up for with complicated technical challenges. The Broadcast Bridge recently spoke with NRK tech project lead Geir Børdalen (GB) about what he is doing with a new, youth oriented, NRK reality TV project called LL35. 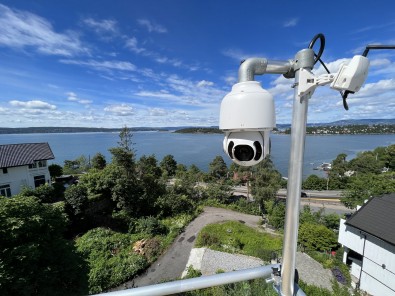 More than 50 NDI native cameras are watching the action at LL35.

In many ways LL35 is a pilot project designed to prove technology for the ongoing development of a new HQ for NRK, a project GB is deeply involved in running from a technology perspective. He told The Broadcast Bridge, "My colleagues in our "modernization project” would maybe say you are pushing this too far. “We hope to gain experience on the way to moving NRK HQ and several regional offices,” may be more precise.

"The standards for our new building are not yet fixed – they are still in progress for at least a year. But experience building a video/audio infrastructure on top of IP at this smaller scale I think will be very valuable. Especially when hitting the problems or more nicely 'the challenges' underway such as networking and capacity, logistics in many forms, 'in-between' [Ed: glue] boxes, security issues, automation and more."

NRK beta is a department within NRK formed to run a tech blog, but it has grown to become one of NRKs tech testing environments - preferably for the crazy projects. “The more crazy as possible - of course we will try it’ kind of projects,” as GB described it. “LL35 is more than just the beta department, it is NRK entertainment, NRK design, NRK production, NRK technology and even the NRK building dept as partners in the work,” he said.

LL35 uses 30 indoor Panasonic and outdoor BirdDog PTZ cameras, and 15 of them can move on rails. Another 11 Elgato webcams are online including one in the refrigerator. Five more BirdDog cameras are in a 2.5m Tiger python snake cage and in the kitchen. Two of the small BirdDog's are inside of the terrarium – used together with two of the moving PTZs on the outside of the cage on the 2nd floor. Four cameras are mounted on robotic vacuum cleaners, and there are two doorbell cameras, for a total of 52 cameras. All the cameras are NDI native. 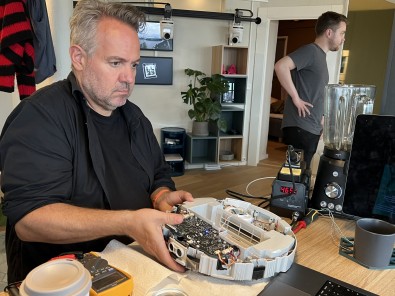 How do you wire and manage 52 cameras? LL35 uses about 6km of network cables carrying NDI signals connected to five, 48-port Cisco Cnetwork switches. It also uses 10 Gbps fiber and 0.5 Gbps 5G Wi-Fi communications. LL35 Beta automation is running on top of the vision mixers (handling switching and NRK Nora graphics - in-house html graphics). The code is written in Node language – and the user interface is operated from ipads and iphones.

The savings provided by using network cables instead of SDI and HDMI cables are significant.

GB described the setup of the project. “LL35 is a reality TV show following three young gamers living in the LL35 building. We follow gaming (together or single playing), online games, esports, and everyday life such as food, hanging out together, a gaming lounge, two outdoor areas, and guests coming into the building. We also hope to build a foundation for LL35 together with gaming houses, professional esports, software builders and the general audience with a heart for gaming – and the fun of playing. This work has already started and we have had several of these co-operators as visitors to the house.” 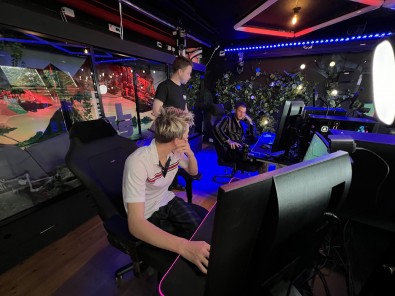 Nicklas Tonning (left) and Pierre Louis Olsson are living in the gaming house. In the back is LL35 system lead Stian Joachim Olsen. The snake Knut will arrive in a few weeks.

GB said “Publishing happens on Twitch http://twitch.tv/nrk_ll35 with live and clips, on NRK TV http://tv.nrk.no (NRK streaming) from approx. August 15th, and maybe terrestrial tv in edited, not live formats, later on. Content is planned to not be gaming all day – we have to use some low-cost elements part of the day such as the snake pit, robotic vacuum cleaners with cameras and more.

He continued, “We will move to the more sophisticated VR, XR and esport games when the solution is more mature, the bugs have been handled and the games are more house stable. But we will start with the more mainstream games like CSGO, Valorant, League of Legends, GTA, and console games from PS5, XBOX and Nintendo Switch. We will drive everything in the car games from Formula 1 and Grand Turismo to Mario Kart.”

The Broadcast Bridge asked, “The house appears to be set up like a TV reality show venue, with cameras and microphones everywhere. Is the objective to create content to focus on the players personalities, or on the games, or both?” GB responded, “Both – we love to follow their lives – but also focus on them playing the games, learning new stuff, challenging themselves – and growing as humans and as players. And of course, the interaction in between young players will be fun watching. Viewers are already active on the commentary fields in Twitch.” 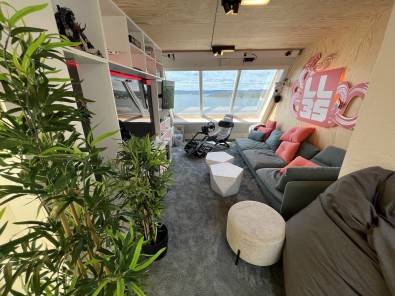 The LL35 house is filled with cameras and distractions.

Getting in the Game

GB continued, “Viewers are already taking part in the game using Discord as communication and being invited into the games. Of course, the number of players is limited, but we are giving the players a lot of freedom to invite and make people want to participate in games.”He continued “Gaming is fun – and we hope to share this with more people. If we can share the fun – and the experiences – and the people playing together as a common experience – this may be one of NRKs new lasting concepts. But still, this is in an early stage of the project, so this autumn will prove if we are on the right track or not.”

We asked, “What do you think will be the status of LL35 one or two years from now?”

GB responded, “We hope this will be one of NRKs most fun projects – at least this looks very promising from the inside of LL35. And the building is spectacular! But it will be a lot of hard work to make this really work as a program loved by audiences. But at least we have a snake to back up the project – a 2,5 meter Tiger python called “Knut”. Let´s see what happens when we release him (sorry -I didn´t really mean “release"). 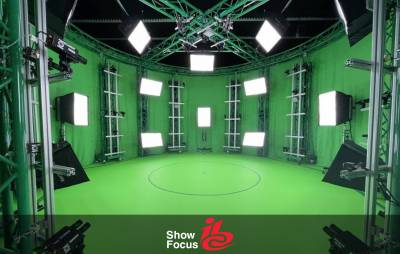 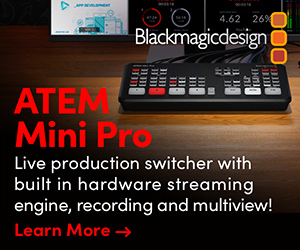