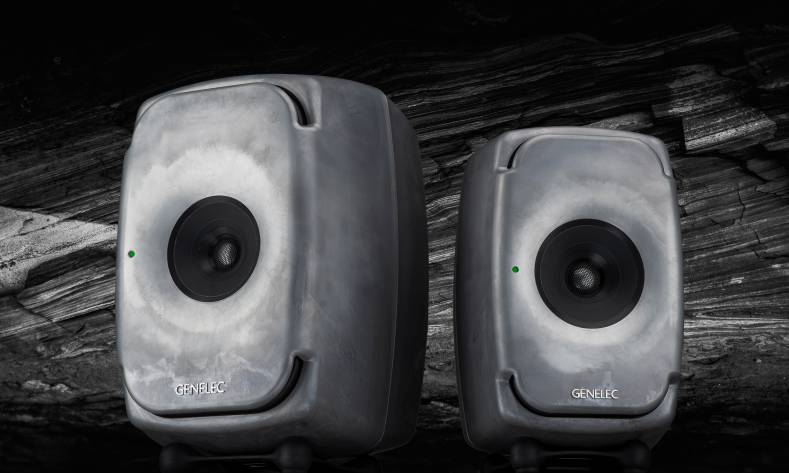 Genelec has expanded its range of RAW aluminium models to include the 8331 and 8341 three-way coaxial studio monitors from The Ones series, with a proportion of each sale of these new models being donated to the Audio Engineering Society (AES) throughout the whole of 2022.

Originally unveiled in 2020, the distinctive RAW finish is available on a selection of the most popular models in Genelec’s Studio, AV and Home Audio ranges, and has been warmly received by customers the world over for its combination of sustainability and ‘industrial’ design aesthetic. The RAW versions require no painting and less finishing material than standard painted models – creating an even more environmentally friendly loudspeaker that allows the natural beauty of the enclosure’s recycled aluminium to shine through, and gives each individual loudspeaker a unique look and feel.

As part of Genelec’s Smart Active Monitoring family, all models in The Ones range integrate tightly with GLM software, which can calibrate and control entire Genelec smart monitoring systems. Based on data from thousands of studios around the world, GLM is able to minimise the room’s detrimental influence on the sound, enabling the user to produce mixes that translate perfectly to other systems, whether the format is stereo, surround or high channel count immersive.

The decision to donate a percentage of RAW 8331 and 8341 sales to the AES during 2022 stems from Genelec’s longstanding role as a Sustaining Member of the Society, and the valuable work that the AES brings to individuals for career advancement, and to the audio industry as a whole. The AES’s crucial Standards work, promotion of audio research, development of milestone events and education spanning the breadth of audio technology has led the industry forward for more than 70 years.

“Genelec has been an amazing partner to the Audio Engineering Society”, says AES President Josh Reiss. “We share a commitment to the advancement of the audio arts and sciences, which Genelec has proven by sharing resources and knowledge that advance our joint mission. With the launch of its RAW series of loudspeakers in 2020, Genelec further demonstrated that commitment by pledging a portion of the proceeds of the line to the Society. That pledge was realized in a sizable donation that helped sustain the Society’s essential role in the audio industry during the dark days of the pandemic. Genelec is once again demonstrating its dedication to the Society with the announcement of a new pledge to contribute to AES a share of the proceeds of 2022 sales of the newly introduced RAW version of Genelec’s The Ones monitors. The depths of the Society’s gratitude for Genelec’s partnership cannot be overstated.”

“The RAW series is part of our ongoing commitment to sustainability, which we consider to be of equal importance as profitability and sound quality,” explains Genelec Managing Director Siamäk Naghian. “It’s clear that the popularity of RAW is a direct response to customers who have a growing awareness of environmental issues, but also appreciate the opportunity to own a premium loudspeaker with a unique aesthetic appeal. As our flagship studio monitor range, we’ve had many requests to make The Ones models available in the RAW series, so we’re very happy that we’ve now perfected a way of producing the 8331 and 8341 to the same high standards as the other RAW models. We’re also delighted that the success of RAW will be helping to contribute to the outstanding work that the AES does for our industry.”